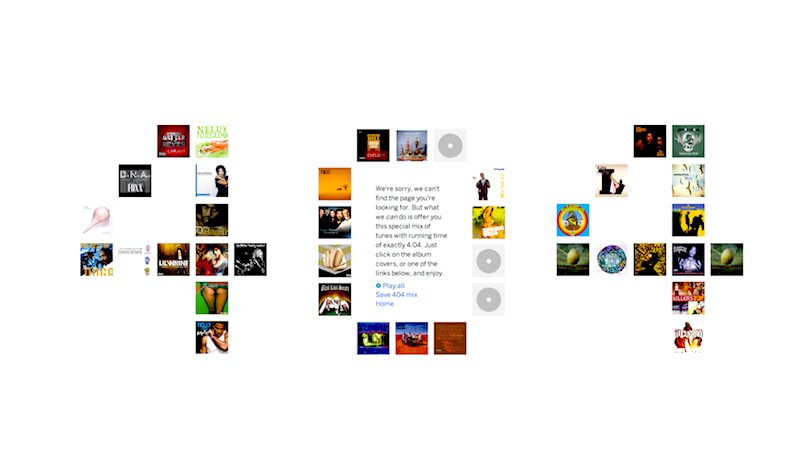 What Happens When Your Digital Diary Self-Destructs?

I keep a bulging plastic bin under my bed filled with diaries I’ve had since elementary school. They are an archive of my life, literal baggage I tote around from apartment to apartment as an adult. The notebooks are proper diaries covered in girlish stickers and locks, extra composition books from school, soft leather-bound books, and Moleskines.

Every year of my childhood, I spent the summers alone, feasting on library books and the occasional teen magazine I convinced my grandmother to buy me at the grocery store. I had my first panic attack at 13: a sweaty nighttime episode where I cried for hours, scared that I wouldn’t ever connect with another person again, terrified that I might not exist. I used my diaries to record those days as they passed, to prove to myself that I had lived through them.

When I was in seventh grade I discovered MySpace and began uploading my consciousness to the internet. My notebooks from that period remained blank; instead, the Internet was my scrapbook, my diary, my platform.  I eventually graduated from MySpace to Facebook, then to Twitter and Instagram. I kept a blog throughout my college years and used it to puzzle out my identity to a modest audience of friends and family. It was a record of myself, of my adolescence. It was proof that I existed.

For a long time, much of what I consider my legacy, my footprint on this world—photos, new job announcements, stupid observations about the world—existed only on the Internet. It wasn’t until recently that I thought that might be a problem. Because that archive of my life that I tote from apartment to apartment has a gap in it that starts in 2005 and ends in 2014—and my writing from those years is lost forever.

Contrary to what I’d like to believe, media that lives “on the internet” is not actually floating above our heads in a cloud, like Mike Teavee in WonkaVision. It exists on real, physical servers that are owned by these tech companies. And, sometimes, as Molly Schwartz told me recently, things go wrong.

Schwartz is the host and producer of Preserve this Podcast, an initiative from the Metropolitan New York Library Council to educate podcasters about the threats of digital decay. She told me that most people think digital files are protected forever simply because they’re online. In fact, that couldn’t be further from the truth.

That means that as technology evolves, the types of data it can read evolves as well. Think about the floppy discs you almost definitely have in a box somewhere—or DVDs, to pick a more recent example. My current laptop doesn’t have a CD/DVD drive at all. I couldn’t watch my Mona Lisa Smile DVD if I wanted to. So you can see how delicate that media is.

Last month, MySpace announced that it had lost twelve years’ worth of photos, videos, music, and blog posts due to a fluke in server migration. Suddenly, a significant chunk of my own diary, my personal archive from my tenderest high school years, was gone. The Internet Archive has since come to the rescue of the hordes of musicians who lost their work, preserving 450,000 songs originally posted to MySpace. But my own “insignificant” work wasn’t preserved.

It’s an easy impulse to deride social media as a vapid new invention that encourages our worst, most egoistic tendencies and disincentivizes the intellectually “pure” contemplation we like to imagine we do in diaries. But the act of keeping a diary has always been an exercise in self-inscription and self-authorship, allowing writers, both professional and hobbyist, to author their own stories and cast themselves as protagonists. In “I Write for Myself and Strangers: Private Diaries as Public Documents,” Lynn Z. Bloom argues that “it is the audience hovering at the edge of the page that for the sophisticated diarist facilitates the work’s ultimate focus, providing the impetus either for the initial writing or for transforming what might have been casual, fragmented jottings into a more carefully crafted, contextually coherent work.”

And as humans with egos who write and create, we have always found spaces to embellish ourselves. Sally Bayley, a Sylvia Plath scholar at Oxford and author of the Private Life of the Diary, has said that she sees diaries as a medium that allows writers to reinvent themselves: “It’s a way of sewing yourself together, and creating an ideal self, an artistic self. . . It’s an opportunity to dispossess yourself as well as possess yourself. To recreate yourself. Make a new history.” It’s no wonder that as social networking technologies arose, we exported this impulse onto them.

I mourned my lost nonsense when I learned that Myspace had lost its data. It’s not that it was good—it was just as horrifying as any teenage girl’s moody writing. But it existed, and now it doesn’t.

Last month I started fantasizing about digitally archiving all of my journals. I set a recurring calendar date with myself to scan my diary pages every Sunday afternoon, and I saved them as PDFs in an Evernote account, tagged and categorized by type and content. I made a plan to save every photo and caption uploaded to my Instagram account. I uploaded podcast episodes and transcripts that I’d produced to the Internet Archive. I bookmarked fireproof safes and imagined the disaster-proof fortress I could build to protect my work. I thought that somehow, if I preserved my work, I could also preserve myself.

Because this is why we really keep diaries, isn’t it? It’s why we do creative work, and why we keep track of our records. Detritus, accumulated and preserved, is proof of our existence. It becomes an archive to be pored over and wondered about; a site to remember those who are gone.

I asked Schwartz how she keeps it together when her job is to constantly think about how all our work disappears. She laughed and said my existential dread was probably healthy. “I hope most people get there,” she said. “But the amount of stuff we’re creating, it’s just not realistic to be able to save it. At some point you accept that you can’t save everything.”

Alex Sujong Laughlin is a writer and podcast producer based in Brooklyn, New York. She has produced podcasts for the New York Times, the Washington Post, BuzzFeed News, and more. She also teaches at the Craig Newmark Graduate School of Journalism at CUNY. 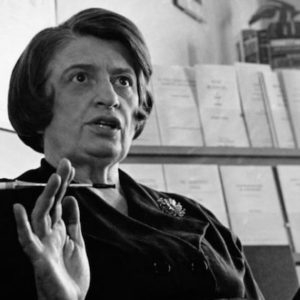 As I write in 2018, every news day delivers a fresh jolt. Since the election of President Donald Trump, the questions arise:...
© LitHub
Back to top