My Decade-Long Fascination with the Tale of Monica Lewinsky

For over a decade now, I’ve maintained a fascination with Monica Lewinsky so ardent that it borders on obsession. It began during my senior year of college, when I took a literature seminar that focused on early sentimental novels about scorned women. The course culminated in a research paper on a woman from history whose sexual decisions led to her to be scandalized by her society.

When I was in college, the Lewinsky-Clinton affair was not as yet distant history. I took this class in 2008, ten years after the scandal and during Lewinsky’s decade out of the public eye. The last bit of information the Internet had on her was that she’d recently graduated from the London School of Economics with a degree in Social Psychology. Still, I had not really thought much about her since middle school.

Some of my earliest memories of understanding the mechanics of sexual intercourse came from jokes about the affair: “What do Monica Lewinsky and a vending machine have in common?” I remember an eighth-grade boy saying on the school bus to middle school. “They both say, ‘Insert Bill.’” Back then, the misogynistic rhetoric surrounding Lewinsky permeated my thinking through osmosis: she was a harlot, a coquette, a hussy who distracted our popular Commander-in-Chief from staying on track.

I was going to redeem myself: I would earn my feminist stripes, so to speak. I knew that America hadn’t been kind to Monica, and this was my chance to acknowledge that, if only to myself, my professor, and my dozen female classmates.

What I discovered during the writing of this paper—a conclusion I assume our professor knew we would all come to with our respective scorned women—was that very little had changed, in terms of the treatment of female sexual autonomy, between the novels we were studying from the late 18th and early 19th centuries and today. Like the heroines in those sentimental novels, Lewinsky was derided for making a less-than-virtuous decision. The paper was a perfunctory examination of the parallels between Lewinsky’s portrayal in popular culture as a villain, and the portrayals of similarly sexually driven harlots in novels like The Coquette and Amelia, or The Influence of Virtue. I got an A-.

Very little had changed, in terms of the treatment of female sexual autonomy, between the novels we were studying from the late 18th and early 19th centuries and today.

So, three years ago, when I began writing my novel, The Learning Curve—inspired by the blurry student-professor relationships so prevalent on college campuses—it made sense to me to incorporate Lewinsky’s plight. She had since stepped back into the public eye, writing with great insight about her relationship with Clinton in Vanity Fair. Upon revisiting the rhetoric about Lewinsky during the scandal, I discovered, with more disgust than before, the extent of the cruelty directed at her. There were the parallels between the treatment of Monica in 1998 and those of the fictional women who made sexual “mistakes” in the novels written 200 years ago, and whose downfalls were meant to provide readers with moral lessons.

As it turned out, however, several of those novels treated their heroines with more empathy and more kindness than we ever afforded Lewinsky.

The Coquette by Hannah Webster Foster, published in 1797, is a multifaceted portrayal of a woman and her sexual decisions. Foster’s novel is a thinly-veiled fictionalization of the downfall of a real-life American woman, Elizabeth Whitman, who died while giving birth to an illegitimate child at a Massachusetts roadhouse in 1788. On the surface, the novel is instructional: Whitman sinned, and then Whitman died. But The Coquette is sympathetic, too, as Foster sheds light on the impulses and desires that led to Whitman’s demise.

Eliza Wharton (the fictionalized Whitman) is faced with two options for husbands: the stable but boring Reverend Boyer, and the appealing but rakish Major Sanford. It’s an impossible decision between a reasonable, loveless choice and an exciting, unwise one. After a series of missed opportunities on Eliza’s part, both men eventually marry other women. Sanford still succeeds in seducing Eliza, though, and the novel concludes with her dying in childbirth. For a woman reading this novel in 1797, the lessons—the importance of a woman’s virtue, and the sanctity of marriage—are crystal-clear.

I think Foster’s novel is subversive. She initially published the novel anonymously; at this time, a woman wouldn’t have been able to publish a novel about female sexual autonomy. Her sympathetic portrayal of Wharton and nuanced understanding of the decisions she made led me to a reading of the novel in which Wharton dies not because she is inherently sinful, but because the suitors she was presented with were insufficient choices. Foster seems to be acknowledging the no-win position that women were faced with during this time: end up with a man you don’t love, or die alone.

Even feminists of the time oversimplified Lewinsky’s place in the affair.

Other texts from this period, which are moralistic on the surface, contain similarly nuanced portrayals of intellectual, independent women, like Samuel Richardson’s Pamela, Sally Keating Wood’s Amelia, and Francis Burney’s Evelina. But while the women in these novels can only be rewarded for making virtuous choices, the books are marked by humanism and empathy; the authors strive to understand why people—not just men—make the choices they do.

Compare this with the rhetoric around Monica Lewinsky two hundred years later. Liberals, particularly, were so consumed with what might happen to President Clinton that there was little room to humanize Lewinsky. Democratic representative Charles Rangel called her a “young tramp.” Left-wing pundit Bill Maher, referring to Lewinsky as a “homewrecker,” said she owed America an apology for initiating the affair.

Jeffrey Toobin’s 1999 book, A Vast Conspiracy, considered one of the most comprehensive on the affair, also does Lewinsky a disservice. Toobin isn’t kind to anyone involved in the scandal, but his treatment of Lewinsky is particularly spiteful. Of the Tripp-Lewinsky phone calls, he writes: “There were few better measures of Tripp’s dedication. . .than the simple fact that she tolerated Lewinsky’s inane chatter.” He refers to a professional email she writes to the President, after he promises to help her find a job, as a mix between “haughty presumption and abject whining.” When she cries, it’s “hysterical, unhinged sobbing.” Paula Jones and Lewinsky, he says, both lack “talent, learning, wit, great beauty, interest in the outside world, or knowledge of politics.” Toobin’s attention to the physical appearances of these women, it can probably go without saying, does not also extend to the men in the book.

Jeffrey Toobin’s 1999 book, A Vast Conspiracy, considered one of the most comprehensive on the affair, does Lewinsky a disservice.

Foster’s characters are forever examining the rules of their society, but Toobin, 200 years later, takes them for granted, in that the men of his book are allowed their sexual autonomy while the women are not. It’s easier for Toobin’s purposes, it seems, to report on the scandal objectively if he can write Lewinsky off as a stereotype rather than as a person, one whose motives do not deserve to be explored. He examines Clinton’s affair with an eye toward the former President’s desires: “Clinton pursued Lewinsky for the same reason he had pursued other women—because. . . he enjoyed the excitement and the sex.” Yet Toobin never attempts to explore Lewinsky’s motives, and only in the past few years have writers begun to explore the impossible position Lewinsky had been in.

When looking to see if Toobin expressed remorse for his treatment of Lewinsky, the closest I got was this quote of his in Politico (in response to her Vanity Fair piece in which she admitted regret over the affair): “I just thought: God, this woman should be able to have. . . a relatively normal life. I remembered from my reporting. . .that what Monica really wanted more than anything was to get married and have a family, which is hardly an unreasonable life expectation, and it really does seem that this event has prevented that for her.” It’s a nice sentiment, but it would be a lot nicer if Toobin acknowledged the disservice he did to her then by withholding these kinds of human details in A Vast Conspiracy.

My goal in writing The Learning Curve was to pen a modern sentimental novel: one which explores the complexity of women’s sexual and romantic choices while portraying the kind of men who cannot do the same. The antihero of the novel, Oliver Ash, a formerly successful novelist with a checkered past, tries but fails to see women as little other than sexual conquests. Toobin is only one example of the long history of male (and even female) writers who do the same—and who, in these ways, are less progressive than women like Hannah Foster who were writing about the ever-complex realm of female autonomy two hundred years earlier. 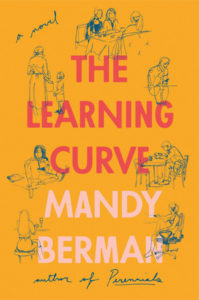 Mandy Berman’s The Learning Curve is out now from Random House.

Mandy Berman is the author of The Learning Curve, out now, and Perennials. She holds an MFA in fiction from Columbia University. She lives and writes in Brooklyn. 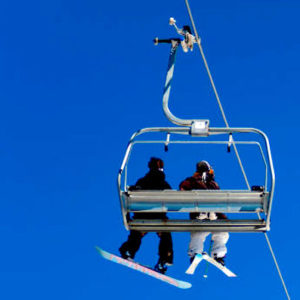 The first time I fell in love, I was 14 years old, working nights and weekends as a ski instructor at the local mountain...
© LitHub
Back to top
Loading Comments...