Vita Sackville-West wrote a very, very tiny real book for the Queen’s dollhouse • 30 books for the 10 countries Americans visit the most (not including Russia) • On the pulp illustrations of Edward Hopper, before he became a famous painter of quiet streets and empty rooms • Among the wilder things: Aminatta Forna on life in the city with the foxes and coyotes • The transcendent humanity of the worst cruise I have ever taken: Ramona Ausubel tries—and fails—to find her ancestral sealegs • Why do writers keep multiple copies of books around? Melissa Febos, Carmen Maria Machado, John Sayles and more on their beloved editions • For your consideration: five writers who should be canonized as feminist saints (because we like the sound of the Feast Day of Saint Maya) • Is such a thing as an ethical reality TV show even possible? And what would that looks like, wonders Eric Thurm • The mysterious onstage origins of Van Morrison’s legendary album, Astral Weeks •  An interview with the great Rachel Ingalls, who definitely should have won an Oscar for Mrs. Caliban • How I became a Jane Austen superfan (and lived to write about it) • Fiction/Non/Fiction: Jim Shepard and Danielle Evans talk gun violence, #neveragain, and the power of student protest •  Why do we still buy mass-produced souvenirs? A deep dive into the mini Eiffel Tower economy • Why American progressives should read a classic Czech novel: In praise of The Good Soldier Svejk • Why is a Harvard business professor studying independent bookstores? • Hilary Mantel: “We still work to a man’s timetable and a man’s agenda.” • The complexities of designing a new cover of an old classic: Kimberly Glyder reimagines Gone With the Wind  • Curtis White: Even postmodernism’s most famous practitioners were pretty damn confused about it

From F. Scott Fitzgerald to Joan Didion, 5 Hollywood novels that capture the dark and chaotic side of Tinseltown • Cops, Cloudbursts, and Census Takers all feature in the 5 Books Making News This Week This Week • Secrets of the Book Critics: Tampa Bay Times Book Editor Colette Bancroft on The Big Sleep, the Florida Experience, and 30 Years of Reviewing Books • As part of the 30 Books in 30 Days, NBCC President Kate Tuttle on Edmund Gordon’s “heroine quest” biography of Angela Carter • Gabe Habash on Thomas McGuane, Parul Sehgal on Jesse Ball, and more Book Reviews You Need to Read This Week • Luis Alberto Urrea, Smoketown stories, Angels in America, and more all feature in our Best Reviewed Books of the Week 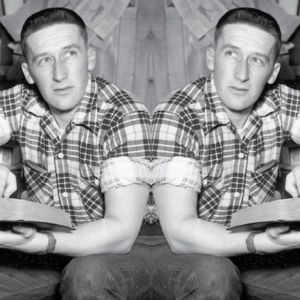 Why American progressives should read a classic Czech novel: In praise of The Good Soldier Svejk. | Literary Hub ...
© LitHub
Back to top