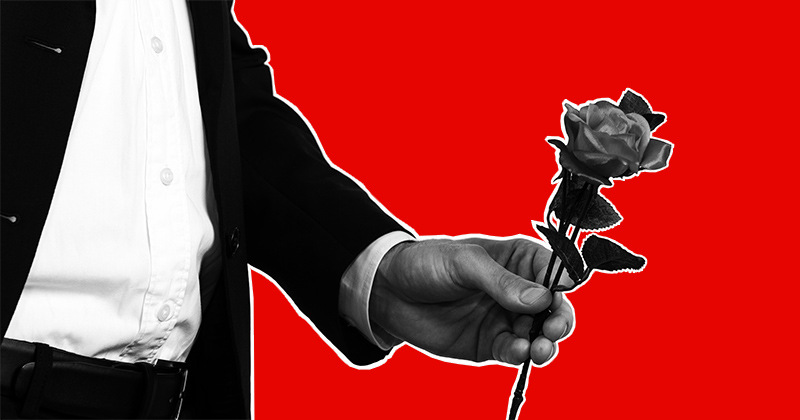 Is the Quest for an Ethical Reality Show Doomed?

Eric Thurm on UnREAL, The Bachelor, and Vanderpump Rules

Talking about “ethics in reality television” can feel like a failed attempt at meaningful speech, like asking a child not to eat a piece of candy put in front of them or for the New York Times op-ed page to operate in good faith. But that’s the subject of the third season of UnREAL, the Lifetime series depicting the behind-the-scenes drama on a loosely fictionalized production resembling The Bachelor. This is also, in a sense, the central question of the entire show, which takes great pains to remind viewers that reality television is, in fact, often bad. The current season, however, explores a different question: whether a homegrown, ethically sourced reality TV production is possible.

That’s thanks to Serena, the Suitress (Bachelorette) on this season of Everlasting (The Bachelor). UnREAL’s contestants are generally just as venal as its producers, but Serena, a successful entrepreneur described by producers as “the female Elon Musk,” genuinely wants to find a husband through a reality television program, and has willingly entered the production to, as she puts it, “maximize [her] dating flow.” Accordingly, she attempts to constrain the show’s usual depravity. For example: When she meets one contestant, a jockey who has clearly been cast for comedic value, she immediately moves to cut him rather than string him along as a source of ridicule for the audience, much to the chagrin of the producers. 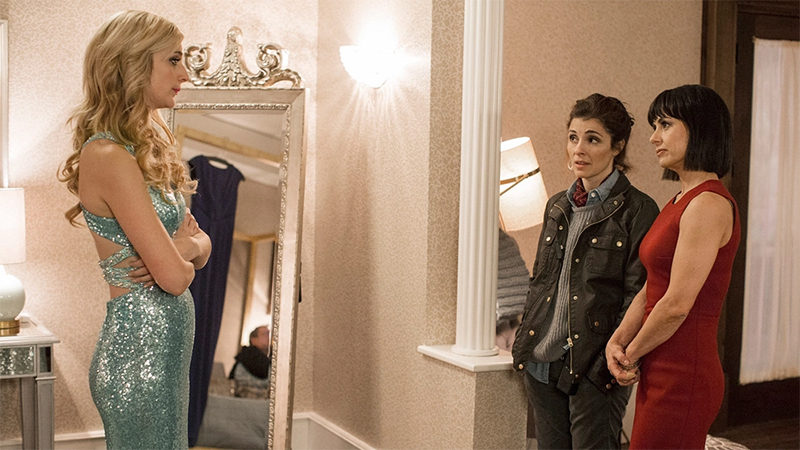 Of course, Serena isn’t the first person to call for a code of conduct on reality television—it’s been a thread of conversation surrounding the genre for some time. In 2011, NPR’s Linda Holmes published a proposed production guideline for ethical reality television, which included counseling for participants, limitations on alcohol and enforced isolation, and, most importantly, prohibiting the show from airing footage of anyone who is harmed in the making of the series. This was a direct response to the suicide of Russell Armstrong, the estranged husband of one of the Real Housewives of Beverly Hills, but it also came on the heels of an academic conference on the ethics of Jersey Shore held at the University of Chicago.

UnREAL, pretty boring: Every time Serena tries to push back against the more salacious parts of the production, most of the people behind the scenes (primarily executive producer and seasoned showrunner Quinn) freak out. The only person willing to come to her aid is the show’s protagonist Rachel, whose obvious talent for the more manipulative parts of producing frequently butts up against her shriveled moral compass. Under the circumstances, what is Serena supposed to do? Though stars have some pull, the transitory nature of much of reality television means producers hold most of the cards in these power struggles. Even beloved recent Bachelorette Rachel Lindsay succumbed to apparent producer pressure and kept obvious racist Lee Garrett around for half a season to juice ratings and didn’t cut Lucas, a reality show repeat offender whose entire personality revolved around repeatedly saying the word “Whaboom.” Is there hope for reality TV? 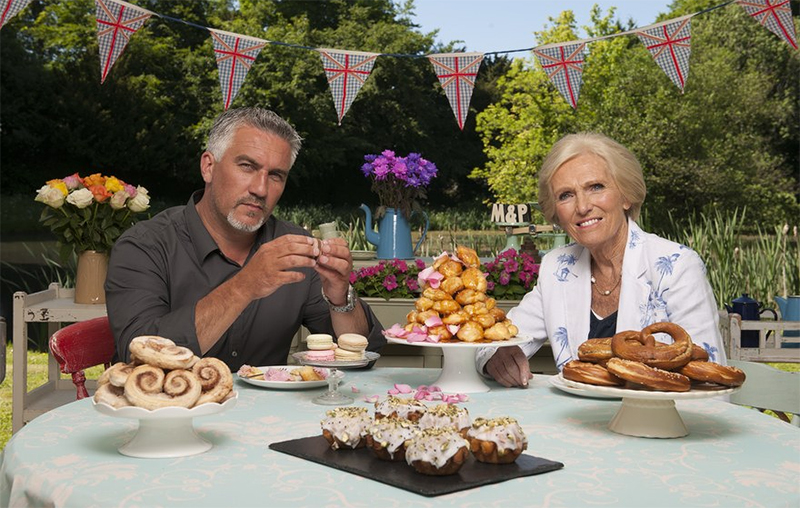 To be fair: There is an already thriving subgenre of reality TV that tests just this theory, with shows including The Great British Baking Show and the Japanese classic Terrace House. (Public service announcement: watch Terrace House.) But this so-called cozy reality makes up only a small subset of the total number of unscripted TV shows. And not for nothing, most of these shows are international productions—American reality TV remains proudly buried in the mud.This is a problem for

UnREAL, too. The tension at the heart of the show can be expressed thusly: It’s a deeply didactic show, loudly and proudly making arguments about the poisonous nature of reality television, misogyny, ageism, and the demands of fame. It also flagrantly engages in all of the tropes it criticizes in its quest to be a successful dramatic television show. UnREAL isn’t quite “prestige”—it’s too self-conscious about its soapy roots, too ambivalent about fully committing to an insane twist every week the way an unrepentant, plot-heavy melodrama like the CW’s Riverdale does. One moment, a character (or six) will monologue about what women really want. The next, an aging producer struggling to justify his life choices will unironically describe himself as a “manthropologist.”

“Though stars have some pull, the transitory nature of much of reality television means producers hold most of the cards in these power struggles.”

The current season of UnREAL comes at an odd time for its source material—the just-concluded season 22 of The Bachelor dropped 26% in the key demo from last season. Some of that has to do with fan disdain for bachelor Arie Luyendyk Jr., a truly cataclysmic finale, and a lack of clear standouts from the contestant pool; a show’s losing steam has compounding consequences without interesting new personalities entering its world. But the decline also comes on the heels of a major production scandal during last summer’s season of Bachelor in Paradise (a Bachelor competition show featuring fan-favorite contestants), which seemed to be the breaking point for many fans.

To summarize: Contestants Corinne Olympios and DeMario Jackson, two recent “villains” who were being set up for a relationship storyline by the producers on

BiP, had sex early in filming after a night of heavy drinking. A producer filed a complaint, leading to a production shutdown and a minor scandal. It’s a crackling, concentrated version of all of the issues surrounding this kind of “real” filming, including the racial politics of painting Jackson—also reportedly drunk at the behest of the production—as a manipulative predator. Without more information about what happened, it’s enough to say that Olympios at the very least was unable to consent, and that the producers bear the brunt of responsibility for what happened. But when production resumed, the most important thing to many Bachelor fans was that the show was back. 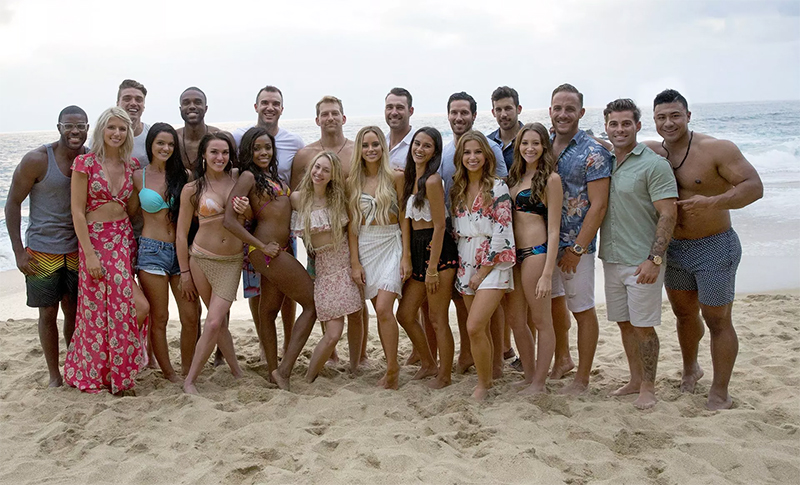 The 2017 Bachelor in Paradise cast.

Not for everyone, though. Rose Buddies, a popular Bachelor-fancast by podcasters Griffin and Rachel McElroy, rebranded as Wonderful, an enthusiast podcast, after the McElroys began to feel uncomfortable encouraging people to watch the franchise. Rose Buddies was just one part of the cottage industry surrounding winking Bachelor fans, which includes podcasts, fantasy leagues, and some genuinely fantastic writing. This part of the expanded Bachelor universe follows the NPR, University of Chicago school of taking reality television seriously. On this season of UnREAL Chet, the overpaid producer and aforementioned manthropologist, tries to secure a “legacy” by getting his work taken seriously—an effort that includes donating a building to a college campus dedicated to the study of reality television.

The uses and abuses of reality television are, of course, serious. But it also feels like a form of self-flattery to buy into the central, thudding critique of

UnREAL: To believe that “producing” people—manipulating them—is unique to reality television, somehow endemic to the structure of that genre as opposed to basic human venality. As we have learned again and again, this type of behavior is structurally baked in to the entire entertainment industry, which creates profoundly unequal power hierarchies used to exploit those at the bottom, whether they’re contestants on a high-pressure competition show or actresses looking for their big break.

Oddly, though, the current moment of heightened scrutiny on exploitation and abuse in the entertainment industry has not extended to include reality television; at least not for the people who have been most insistent about rethinking our relationship to entertainment. Is that because the abuse on these shows was already highly visible, and therefore easier to normalize as part of the way that world works? More perniciously, is it because we know that the people on reality shows consent to filming in the pursuit of wealth or fame, despite the fact that, like many scripted productions, these shows frequently (though not always) take advantage of disempowered people who don’t quite understand what they’re signing up for? (Up to and including, apparently, having their menstrual cycles tracked.) Overthinking reality TV—treating it as an intellectual exercise while still engaging in the visceral pleasure we get from watching it—is one way of abdicating the background level of responsibility to at least be honest about what we’re doing, or what goes into the shows we’re watching.

“Oddly, the current moment of heightened scrutiny on exploitation and abuse in the entertainment industry has not extended to include reality television.”

But if reality television is going to be around for the foreseeable future—and it is—then what should it look like? For a model of surprisingly self-aware reality TV that still eschews the cozy approach in favor of drama, consider Vanderpump Rules, the Real Housewives spinoff about a group of aspiring models, actors, and DJs working at SUR (Sexy Unique Restaurant), one of several establishments owned by Real Housewives star Lisa Vanderpump. The cast of Vanderpump Rules have pulled themselves up by the bootstraps to become reality TV stars but continue to work at SUR because otherwise they would be off the show; they almost exclusively date each other in various combinations, and engage in wanton acts of self-destruction that only make them more popular.

In a recent episode, Jax Taylor, the show’s 38-year-old, childlike “villain,” tenderly tries to re-introduce himself to “Jason,” the person he was before he moved to Los Angeles. It’s a moving, almost heartbreaking moment—and it’s something he said almost verbatim during the show’s first season, which aired in 2013. Vanderpump Rules manages to hit the sweet spot of producing the same sort of pleasant discomfort you might feel watching a cringe comedy, while also giving the impression that everyone involved is at least in part parodying themselves—after five years of more or less identical behavior, you’re pretty sure Jax knows what he’s doing. At the very least, he’s making a choice to keep doing something he knows is bad for him, the way most of us do. That’s a far cry from the near-total ignorance of someone like a first-time reality contestant on The Bachelor—or UnREAL’s Everlasting.

“Like it or not, reality TV shapes our world,” the younger and more marginally more idealistic Rachel tells Quinn at one point during this season, acting as a writer’s mouthpiece and sounding like a exasperated teacher trying to make sure her student has learned at least the bare minimum from class. We know. That’s why we’re watching 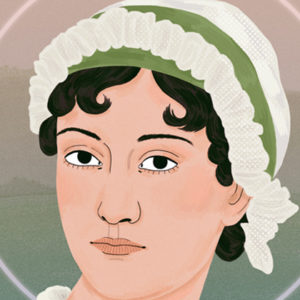