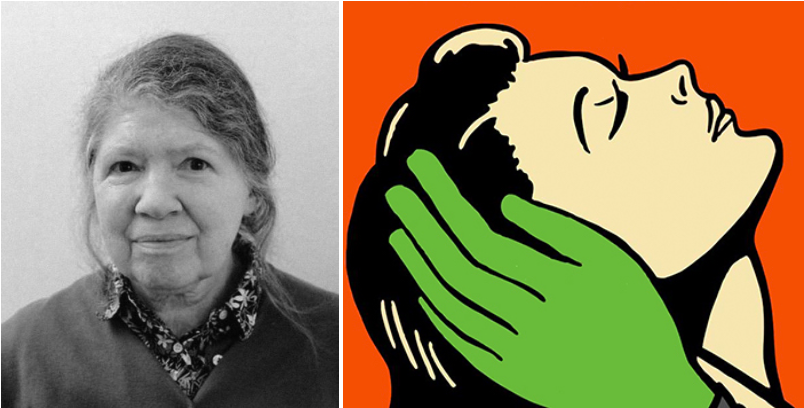 This Thing of Darkness: An Interview With Rachel Ingalls

Rachel Ingalls’ fictions are like nothing I’ve ever read before. To call her a practitioner of American Gothic doesn’t quite do justice to the blend of flavors she brings to the genre. Eerie hybrids of Richard Yates-esque domestic realism, B-movie horror, and surrealist fairytale, her stories and novellas subtly infuse quotidian life with a kind of hallucinatory menace, a pervasive sense of impending doom. To allow yourself to be led by her narration is to feel familiar spaces shimmer and degrade. By the time you piece the portents together, you’ve wandered into a nightmare.

Ingalls has written 11 books since Theft, her 1970 debut, but their shared trait of having what Ingalls calls “a very odd, unsalable length,” coupled with their author’s relative reclusiveness (“I’m not exactly a hermit but I’m really no good at meeting lots of strangers and I’d resent being set up as the new arrival in the zoo. It’s just that that whole clubby thing sort of gives me the creeps”), means that the Boston-born, London-based writer has never achieved a level of renown befitting her immense talent. Certainly, anyone I know who has read Ingalls’ slim masterpiece, Mrs. Caliban—periodically rediscovered and acclaimed in the 36 years since its initial publication—has found it to be utterly transfixing. The story of a lonely, grieving suburban housewife and her passionate affair with a humanoid sea creature who has escaped from a government lab, Mrs. Caliban is an intoxicating mix of sensuality, sorrow, and supernatural horror, and a damn-near perfect novella.

I corresponded with Ingalls last month about myths and fairytales, Hollywood adaptations, and the ways we learn to fictionalize.

Dan Sheehan: What is it about the long short story and novella forms that so appeal to you as a storyteller?

Rachel Ingalls: The novella or long short story has always appealed to me. Much of that appeal probably has to do with early reading in school and then the fact that certain American writers were working at forms set by their European counterparts (the great Victorian and Edwardian form in French, English, German, Russian, Danish) and American prose literature from the mid 1800s to the end of the 1920s. I was reading them all pretty much at the same time. I think the appeal was there from the beginning of my own reading outside school.

DS: Can you talk a little about how a love of myths and fairytales has influenced your writing?

RI: First of all, the story—like the poem or song—is a favorite form in all cultures. Then too, we had a father who read to us at night and the first book he chose was Grimm’s Fairy Tales (later we got science fiction and the Just So Stories).

DS: The Independent wrote of your work in 2012, “here we have an astonishing American Gothic aesthetic wedded to the English talent for understatement, the lovechild of John Collier and Joyce Carol Oates, if Oates concentrated more on her surreal side.” Have you tried, throughout your career, to write toward a particular tradition, or has hybridity of form and style always been the point?

RI: I expect that the Gothic element comes from a combination of early reading and an equally early exposure to Hollywood horror films (The Creature from the Black Lagoon etc.) where the so-called monster (sexual threat to a young couple) was always more exciting than the drippy husband or fiancé.

DS: There’s something so unique and entrancing about the tone of Mrs. Caliban. All of the realist tragedy, fleeting supernatural joy, and, ultimately, sheer horror visited upon Dorothy is described in such a tranquil way that the book becomes a sort of changing dreamscape. Do you subscribe to the idea that her relationship with Larry may be a fantasy borne of grief and loneliness?

RI: I don’t really know how to answer this adequately. When I’m working I certainly don’t think about style—it just comes out in a certain way. However, thematically, I do favor ambiguities.

DS: You once said that the only real money you’ve ever earned has come from Hollywood. What has that experience/interaction been like over the years?

RI: Wonderful, I’ve always loved the movies and I don’t understand writers who feel upset because “they’ve changed my book.” Of course they have. Film is a visual medium. Books are closer to the oral tradition, where you still hear the voice and if it’s done right, the voice readers hear is going to be theirs, not the writer’s. All you should worry about is whether an adaptation is a good work on its own. Forbidden Planet is a brilliant adaptation of Shakespeare’s The Tempest. And it’s fun.

DS: One of the recurring themes that I’ve most enjoyed in your work is this idea of terrible secrets and betrayals emerging from poisonous marriages—I’m thinking in particular of Dorothy and Fred in Mrs. Caliban, Millie and Stan in Binstead’s Safari, and James and Flora in ‘I See a Long Journey’—and the palpable feeling of doom that leads up to these revelations. What is it about the institution of marriage that you find so rife for this kind of deliciously dark treatment?

RI: Not just marriage. Families too. It seems to me that in order to have any strong connection or rupture between characters there has to be a sense of intimacy so that marriage or family relationships are ideal backgrounds for drama of any kind, either tragic or comic. Books are a great source of knowledge but so are school friends, adult conversations overheard, taunts shouted in the playground. We all learn about secrets and betrayals (other people’s and then—surprisingly—our own) very early, in fact I understand that psychologists now think that a child who cannot tell convincing lies is an unsuccessful child. The word fiction covers a lot of territory and we keep learning more ways to fictionalize. As for marriage, it isn’t the only alliance open to instability but it’s the intimacy of it that makes its vulnerabilities uniquely interesting.

DS: It has been wonderful, with its rerelease last year, to see a whole new generation discovering and falling in love with Mrs. Caliban. Is there another of your previous works that you feel particularly attached to, and would love to see reissued?

RI: Nothing particular. It would please me very much to see reissues of any of my past publications.

Gun Violence, #NeverAgain and the Power of Teenage Protest 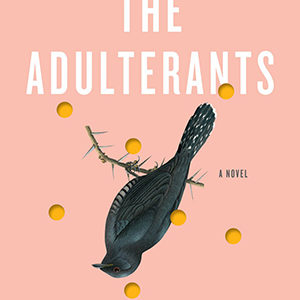 Throughout our twenties, nobody in our friendship group had been willing to admit they wanted to procreate. It was a shameful,...
© LitHub
Back to top