The Transcendent Humanity of the Worst Cruise I Have Ever Taken

I come from a family of sailors and I inherited the idea that travel by boat is the best kind of travel. We, the family history goes, are seagoing people. I enjoy an afternoon sail or row but until recently, I had not put my sealegs to the test. When I did, they failed.

My husband and I sat down to dinner in the dining room of a ferryboat at the start of a 36-hour voyage across the Black Sea from Odessa to Istanbul. Along with our mostly Ukrainian shipmates, we dined on meat and dark bread with butter and beer. Everyone aboard (aside from the stone-faced waitresses) was in good spirits. I had dreamed of this journey for a while having seen the ferry docked on the other side in Istanbul three years before. I was thrilled to make good on the promise I had made myself to return and cross this sea. My grandparents and great-grandparents would have been proud.

Not long after dinner, the wind picked up and the seas swelled. The ship rose and fell violently over the kind of waves I thought only existed in the wide-open ocean. We pitched. We rolled. We heaved. Within an hour, everyone—the broad-shouldered Ukrainian men in gold chains and tight jeans, the needle-thin women with bleached hair and black mini-dresses—began to vomit. People spewed in the bathrooms and they lost their cookies off the lee of the ship. Every person I saw had either just thrown up or was about to. The ship’s bow rose high and then dove. Waves crashed. We had 29 hours to go.

I am not a puker. I hadn’t thrown up since I was 18 and I was not going to let this break my record. I felt terrible, dizzy, upside-downed, but I resolved to keep the contents of my body on the inside. My husband is usually all for a good hurl, but when he went to the bathroom, what he found there was so wretched that he could not do it. We were united in our commitment. Miserable, but united. “We should have flown,” I said. “I can’t believe we chose to do this.” I cursed by relatives for filling me with sea lore. This wasn’t even the open ocean—just a puny little inland sea in what was probably perfectly regular weather. We curled up in our bunk bed and watched Lawrence of Arabia, the only movie we had on our tiny laptop. We dreamed of a calm, dry desert. We dreamed of drought.

The next afternoon, in a demonstration of will, I went to lunch. I clutched the railing so as not to be flung back downstairs, and climbed into the dining room where a few other delusional souls had gathered, attempting to butter bread. We did not look at one another for fear that one would fold and bring the others down. My water glass slid across the white-clothed table. Surely, if we had had Internet access, we would have discovered that we were caught in a terrible typhoon, yet the waitresses moved as if the earth had not given out under them. They were every bit as sullen and steady as ever.  And what was that they were carrying out to us, the pale and wilting diners? In the hands of each waitress was a large silver tureen filled to the brim with soup. I re-tucked my napkin around my lap and, as if the waitress was an unfamiliar dog, I tried not to show fear as she approached. Soup splashed onto the floor. She then moved to hold the pot with one hand while she retrieved the ladle from her waistband. I imagined third-degree burns all over my body. The woman’s face did not reveal frustration or humor or any other human emotion as she sloshed the soup into my bowl. Not only was this soup, it was, of course, borscht. Essentially, this was a large pot of hot stain. We diners leaned inches above our bowls and felt victorious if even a tenth of the spoonful made it into our mouths. By the time we admitted defeat, the dining room was covered in red splashes and looked like the scene of a terrible crime.

On day three, my husband and I sat on deck trying spot Bulgaria in the distance. The Black Sea really was black. We hardly spoke—all concentration was on survival. Over the loudspeaker, an announcement, first in Ukrainian, then heavily accented English: Ladies and Gentlemans, thank you for your kind attentions. Please be advised that tonight there will be disco in the disco room. Time for dancing is at 10 o’clock. How absurd, we thought. Surely, they’ll have to cancel. Surely no one will show.

But at 10pm both ladies and gentlemans emerged from their bathroom stalls, brushed their teeth, put gel in their hair, and, wobbly legged, made their way to the top of the ship, the very rockiest place aboard, where Europop blasted from the speakers of a tiny, dark cubby of a room. I clung to the railing. The ship pitched and yawed. Strobe lights, which have always made me a little dizzy, had never seemed more cruel. Bartenders poured cheap vodka into plastic cups and people willingly took these and drank them. I was both horrified and deeply impressed.

Under huge swells and gale-force winds and loud pop music and cheap booze, that night felt like the last night on earth. The lights flashed and the floor moved under the green-faced people, and the green-faced people, they danced. They looked ridiculous, stumbling into one another. When one person would lose balance the whole group would fall over. But they didn’t care. They danced as if we had not been, every one of us, humbled and miserable, as if the sea were not trying to drown us all. They danced as if life was gorgeous and terrible and we could not afford to waste a moment of it.

In the morning we spotted land and the wind settled and the waves relented. All the hung-over and sea-battered passengers stood on deck wrapped in the scratchy wool blankets from our cabins as our ship entered the Bosporus, still as a pond, at dawn. I cannot overstate the gratitude I felt for flat water. We had traveled this way because we wanted to cover the miles between, because we wanted to earn our arrival. Istanbul appeared in the distance—stone-gray minarets and domes and a foggy pink sunrise, the last faint stars, the call-to-prayer drifting over the water. The air was cool and sweet. Heaven itself would have paled in comparison. I’ll give you this part, I said to my seagoing ancestors. All of the shipsore passengers clutched each other like castaways, sure that no one in the history of the world had ever seen a vision more perfect than this.

Ramona Ausubel is a graduate of the MFA program at the University of California, Irvine. She is the author of the novel Sons and Daughters of Ease and Plenty, No One Is Here Except All of Us and the short story collections A Guide to Being Born and Awayland. Her work has been published in The New Yorker, One Story, The Paris Review Daily, Best American Fantasy, and elsewhere. She has been longlisted for The Frank O’Connor Short Story Prize, and a finalist for the New York Public Library Young Lions award and the Pushcart Prize.

Why Do Writers Keep Multiple Copies of Books Around?

Wilder Things: Modern Life Among the Foxes and Coyotes 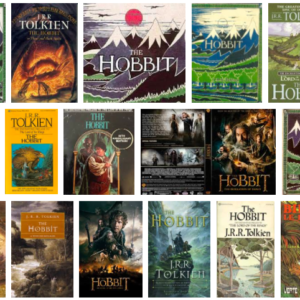 Why Do Writers Keep Multiple Copies of Books Around?

I own multiple copies of books—Stoner, To Kill a Mockingbird, and The Catcher in the Rye. There are personal reasons I will...
© LitHub
Back to top