Robert Macfarlane on deep water cave-diving and the lure of the void • On one hand, there is no “perfect summer book.” On the other hand, here are twenty • The Nigerian writers salvaging tradition from colonial erasure • Why does a language die? • In honor of Stonewall’s 50th anniversary, writers share their views of the uprising across time • On the lessons of a writing nemesis • Joy Lanzendorfer on what the Anne Sexton taught her about self-promotion • On the Kafkaesque feeling of Kafka tourism in Prague • How Gregory Peck made To Kill a Mockingbird all about Atticus • Lewis Hyde on the intoxicating power of forgetting where you came from • Lili Anolik and Geoff Dyer on writing about movies • Nicholas Mancusi in defense of soap operas • Jayson Greene on the risks of writing about grief • How Lakshmi Shankar became the voice behind Gandhi • Discovering America’s heavenly kingdom of crude oil • Molly Reid on the weirdness, wonder, and terror of the contemporary zoo • Cheer yourself up with a collection of rejection letters sent to (now) famous writers • Kathy Acker: a desk, a disease, an accounting • On the first openly gay reporter at a major American newspaper • 50 one-star Amazon reviews of The Picture of Dorian Gray • Why does losing a pet hurt so much? • Here’s how humanity would fare in the event of an asteroid collision • On envy, jealousy, and what they add to our lives • Viet Thanh Nguyen on discovering Asian American literary voices as a 20-year-old • On the grand cultural influence of Octavia Butler • Roy Scranton on climate change • On the dark legacy of John Wayne 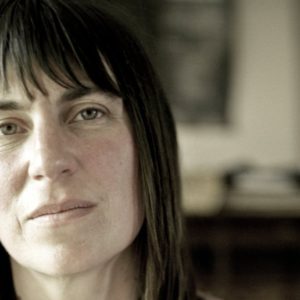 Yes, after three centuries of Broets (I'm not sorry) hogging the big chair, Oxford University—arguably the world's most...
© LitHub
Back to top
Loading Comments...