The Natural Wine Movement is About More Than Just Wine

On How the Radically New Pays Homage to Tradition

via Other Press
By Jonathan Nossiter

Twelve years ago, when I took a detour from my work as a fiction film director to make Mondovino, a documentary about the anthropology of the wine world, I saw wine above all as a cultural expression rather than as an urban commodity. Despite my parallel life making wine lists for restaurants while I began my filmmaking career, my encounters with winegrowers all over the world had convinced me that the quality of a wine, what gave it alimentary and cultural value, was determined by the history of the vineyards themselves and not by its final (urban-destined) product. In fact the distance between the American term “winemaker” and the French vigneron—very roughly “vineyardist”—or the Italian vignaiolo is telling.

At any rate, a dozen years later, I’ve come to believe that I only half understood what’s at stake. The more decisive leap is to recognize that work in a vineyard is significant only because it’s part of a larger agricultural practice. Vineyard work is not the beginning of a process that ends in wine; rather, it is one extension—perhaps in its most refined form—of a much larger engagement with the land.

Maybe the most significant contribution of the natural wine movement has been to encourage us to reflect on agriculture as a cultural gesture in itself. Which inevitably leads to a keener understanding of how critical agriculture is for the future of humanity. The natural wine movement has led many city dwellers like me to see it as the (most chatty) ambassador for the culture of the countryside at a moment in history when the fate of our species may depend greatly on reinventing the urban-rural relationship.

The celebrated art historian Robert Hughes defined “the shock of the new” as the tectonic shift in the perception of painting in the first decades of the 20th century. If the film 8½ shook my sense of what cinema and art were capable of when I was 18, then 25 years later, natural wine had the same effect on my understanding of what I drink and eat. Improbably, this change has also produced a radical shift in my sense of what it means to be a citizen.

Why shouldn’t the public faithfully accompany artisans who dare to experiment? It’s a simple question of faith: the necessary yeast that allows culture to exist in the first place.

I was living in Paris in 2004 when Mondovino was released in cinemas. It was received by the French as a critique of the homogenizing forces of free-market globalization, so I wasn’t surprised that in one of my first interviews a reporter for the conservative newspaper Le Figaro began our encounter in a reproachful tone. But to my astonishment his critique of my film was not that it went too far, but that it hadn’t gone nearly far enough. “Why is there no discussion of natural wine in your film?” he wanted to know.

My interviewer was Sébastien Lapaque, literary critic for Le Figaro as well as a prolific novelist and essayist (including a brilliant reimagining of Saint Francis returning to earth the year mendicancy, one of Saint Francis’s sacred subjects, was declared illegal in his hometown of Assisi). I didn’t realize then that Lapaque was one of the first champions of natural wine. He was close to both pioneering natural winegrower Marcel Lapierre in the Beaujolais and his friend, the radical sociologist Guy Debord, author of the seminal 1970s book and film, The Society of the Spectacle.

At that point I had already been serially experimenting with natural wine (like a teenager discovering the delights and perils of pot?), but I had yet to fully determine my feelings on the subject. I was convinced long before by organic and above all biodynamic farming. But the natural wine movement, which was even more rigorous in its pursuit of chemical-free purity, remained, like many of its wines, a little cloudy. Still, Lapaque’s disappointment resonated with me. Was it because of him that I arranged to have most of my subsequent interviews at the Verre Volé, nearby my apartment? I can’t really remember. But I do know that for the next few months I jousted with my interlocutors in one or the other of perhaps two places in Paris at the time which stocked exclusively natural wines. Long before it became a disenchanted home to a rising tide of trend-seekers, this wine bar off the Canal St. Martin was a cozy spot for passionate young people who shared their joy of discovery like bibliophiles or cinephiles from another era. But instead of talking books and movies, the young people who worked there and who came in to eat and drink natural, talked wine.

The wines they argued about both fascinated and—sometimes—repelled me. They broke with most of my a priori assumptions of what wine was. On the one hand, in 2004 many winegrowers (confirmed and neophyte) were just beginning their engagement with “experimental” wine. Some—but certainly not most—of the wines I tasted were so out there, furiously acidic or bitterly oxidized, that my pleasure in tasting them was limited. But it was a crucial schooling, for those of us discovering the wines for sure, but also for those making it. And unlike others who see wine as a product that needs to meet the demands of its consumers, I think it’s entirely reasonable for a winegrower to have us pay for his or her experimentation: a reproach of natural wines that’s still thrown around by the vino (climate) skeptics.

Why shouldn’t the public faithfully accompany artisans who dare to experiment? It’s a simple question of faith: the necessary yeast that allows culture to exist in the first place. The periods when cinema was at its most vital, like the 1970s, were doubtless those in which filmmakers could count on a public’s loyalty even in their experimental missteps.

Tasting these wines that were so much less polished, less accommodating—sometimes downright crazy compared to what I knew—I began to feel the same sort of excitement that the anticonformist cinema of Fellini, Fassbinder, and Cassavetes had provoked in me more than 20 years before. I was tasting reds that were lighter-bodied, more taut and acidic than the fuller, more alcoholic, sweeter wines that had dominated the marketplace since the “go-go, Coca-Cola, and cocaine” 1980s. But the rupture with what had become conventional white wine was even more radical. Like a certain self-consciously spare indie filmmaking style of the 1980s, white wine had been neutered—either stripped of its content and made colorless and odorless, or it touched the other extreme, made overstuffed and cloyingly sweet, like Hollywood’s 1980s love affair with bloated bimbos, steroidal special effects, and saccharine comedies.

They share a commitment to a historical exploration of their terroir—not as a reactionary affirmation of “the way it was” but as a legitimate search for collective cultural roots.

In complete contrast, the natural white wines I was discovering were often tannic, aromatic, and deeply colored, sometimes even orangey-amber, and always in a saline, bitingly acidic, down-to-earth register. These whites astounded me for their tactility and their vitality.

It took me a while to understand that I was tasting the shock of the new, but also the shock of the old. As with any moment of cultural rupture, the act of innovation cannot have any enduring value unless it is also a profound regeneration of the past. In this case, I was tasting wines that I would discover were renewing, in a contemporary idiom, a tradition stretching back at least 8,000 years, a tradition sundered only after World War II with the global imposition of chemical agriculture. These natural wines restore a vital link to civilization’s founding gestures that began with the first agricultural practice 10,000 years ago.

As with the films I had encountered 25 years before, these wines never left me indifferent: neither those that entranced me nor those that unnerved me. Their vital energy necessarily provoked reactions of equal intensity. It seemed to me that their natural effervescence (many in fact are bubbly) was genuinely radical, in the metaphoric but also the literal sense of radix, Latin for “roots.”

Of course there are natural wines of a spurious radicality where the desire to provoke is the end in itself, shock for shock’s sake, as was sometimes the case with the French New Wave cinema for instance, where Jean-Luc Godard especially practiced the old prankster formula to épater le bourgeois.

But after more than a dozen years of paying attention to the natural wine scene, I’m convinced by the authenticity of the overwhelming majority of these winegrowers’ gestures, the authenticity of established farmers as well as the numerous neophytes. They share a commitment to a historical exploration of their terroir—not as a reactionary affirmation of “the way it was” but as a legitimate search for collective cultural roots. And in this sense, the presence of so many urban immigrants and their pioneering adoption of new places have been critical. Natural winegrowers’ experimentation is an act of liberty that provides a sense of freedom to others. And it’s exactly that contagious liberty that defines the emancipatory character of any vital culture.

Today it’s virtually impossible for me to drink a so-called conventional or traditional wine with any pleasure, especially since what is presented as “conventional,” from the legendary Château Haut-Brion in Bordeaux—Samuel Pepys’s favorite wine—to America’s favorite, Sutter Home, is in fact in the most violent rupture imaginable with the conventions of any era, so disfigured by chemicals are their lands and so technically manipulated are the finished wines. These wines suggest how far man is capable of muzzling nature and any territorial expression, just as film directors are confronted with the Scylla and Charybdis of technology in relation to the (potential!) humanity of their actors. 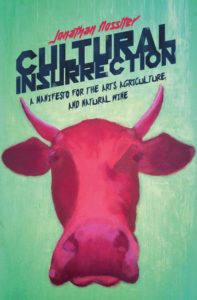 From Cultural Insurrection: A Manifesto for the Arts, Agriculture, and Natural Wine. Used with permission of Other Press. Copyright © 2019 by Jonathan Nossiter.

Jonathan Nossiter is a prize-winning director of seven feature films including Mondovino (nominated for the Palme d’Or at Cannes), Sunday (winner, Best Film, at the Sundance Film Festival), and the upcoming Last Words, with Nick Nolte and Charlotte Rampling. His previous book, Liquid Memory (World Gourmand Award winner), recounts his time making wine lists for restaurants in New York, Rio, São Paulo, and Rome. Born in the US, he grew up in Europe and Asia and now lives on a fruit and vegetable farm on Lake Bolsena, Italy, with his three children.

20 "Perfect Summer Books" for This and Every Year 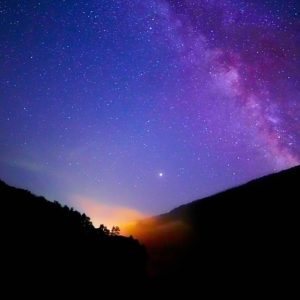 Jayson Greene on the Risks of Writing About Grief It’s a cool Friday afternoon in Fort Greene, New York, and Jayson Greene, the author of Once More We Saw Stars, is sitting...
© LitHub
Back to top
Loading Comments...