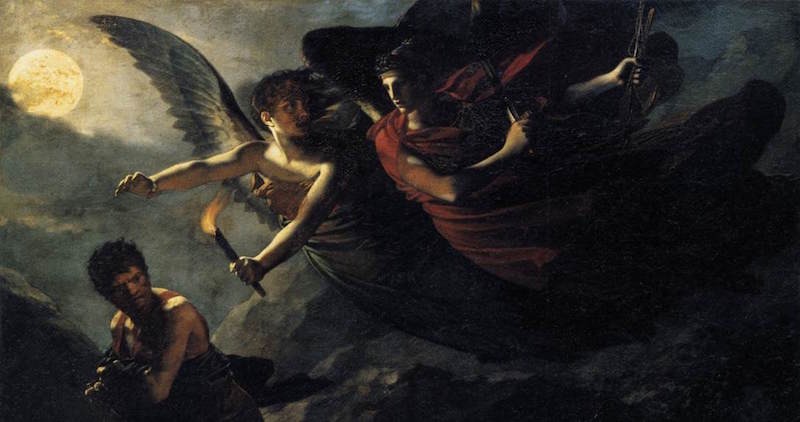 What My Writing Nemesis Taught Me About Myself

"Her only real crime was that she was a better poet than me."

After years, it finally happened: I was published in a literary magazine alongside Diane, my ultimate writing enemy.

The worst part was that her poem was genuinely good, short and elegant and totally over my head. Her bio on the contributors page was shorter than mine, confident in its brevity, and informed me only that she had published a collection and that she lived in Brooklyn. Both details, however vague, proved to me how much more of a writer Diane was compared to me, a nobody with an office job in Iowa and no published book to speak of. I imagined Diane waking up every morning in her small but chic New York apartment, kissing her chiseled-jaw husband, and dashing out to nibble organic bagels and sip espresso and write at a hip café for a couple hours before dashing to her exhausting yet rewarding job as an editorial assistant for a Big Five publisher. In my daydreams, Diane occupies an existence that I’ve always wanted and that I know I will probably never have.

I met Diane in an undergraduate poetry workshop at the University of Iowa during a self-conscious period in my life where I thought I wasn’t cut out to be a writer when specifically I just wasn’t cut out to be a poet. Diane was older than the rest of the class since she took a gap period after high school to do something perspective-changing like backpack across Europe or raise goats in New Zealand or au pair in France. She was tall and pretty with soft animal eyes, and I couldn’t decide if I wanted to sleep with her or if I wanted to be her. Her poems reflected the age and experience that I didn’t have, and I still remember many of them: strange beautiful pieces about dingos that turn into people and snakes that wind through grass threatening to pierce ankles with their fangs.

I couldn’t achieve the same haunting and hurting in my own poems like Diane could. Instead, I hid behind speakers that weren’t me. The poem I submitted to workshop was voiced by an Irish immigrant stuck at Ellis Island in the early 1900s. The poem was contrived and uninteresting, and I was immensely proud of it. Nobody liked it, rightfully so, and they all told me as much, even the swoop-haired songwriter whom I defended during his own critique.

She was precise and specific with her critique, picking apart my poem and by extension my identity as a writer. Worst of all, she was right.

At the end of class, I accepted the barbarized copies from my peers. Sitting cross-legged on my dorm room floor that night, I unpacked the pages and lay them in a circle around me like I was performing a ritual to summon the devil so he could give me the talent I craved. Either that, or to make Diane’s poems as clumsy as my own.

I read Diane’s comments last. She was precise and specific with her critique, picking apart my poem and by extension my identity as a writer. Worst of all, she was right. I decided then I hated her and that I would stop at nothing to become more successful than her. So I did what any reasonable person would do: I friended her on Facebook and looked at everything she had ever posted. I saw her artsy black-and-white selfies, her insightful Goodreads reviews, her cryptic status updates written in all lowercase letters. By knowing my enemy, I was knowing myself and the gaping holes in my skill set that I needed to fill in order to overcome the bane of my existence that was Diane.

We were literary nemeses from that moment on. I was Keats, and she was tall, beautiful Byron. I was Woolf and she was Joyce. I was Hemingway, and she was everybody else. I watered and sunned my hatred until it grew, and I brought it with me everywhere. I parsed out my fury at the dining hall with Allie, a girl who lived on my dorm floor. Tucked into a booth next to a table of tittering freshmen, I detailed Diane’s endless transgressions between bites of my chicken salad sandwich.

“She is just, like, the absolute worst. And she has bangs!” I drew a line across my forehead with my finger. “But, you know, the bad kind of bangs.”

Allie nodded and pretended to understand what that meant.

“I’m sorry you have to deal with that,” she said supportively. “She sounds mean and awful.”

In reality, Diane was never mean or awful to me, nor to anyone in workshop. She did what she was there to do, which was critique her peers’ work. Her only real crime was that she was a better poet than me.

Of course, I’m still jealous of her and her talent.

After Diane and I appeared side by side in the magazine years later, I Googled her to discover all the new and exciting ways she was surpassing me. Though I hadn’t thought about her in years, and she almost certainly didn’t remember me, seeing her name with mine in the table of contents reopened my obsession. A spare moment I could have spent jotting down notes for a story was instead wasted on piecing together Diane’s indirect slights against my ego. We’d been published in many of the same places, albeit not in the same issues, and she placed poems in journals I’ve been trying in vain to impress for years. My fury peaked when I found out she’d enrolled in an MFA program that I myself had been accepted into but could not attend because I received no funding offer.

The pettiness resurfaced, and I was 21 again, looking at a life I would never have.

I delved into the life that Diane shared online, and the character I had created for her began to crumble when I saw the parts that weren’t successes. She’d been unable to finish her graduate schooling, and had to pursue her poetry career without the support of faculty or a cohort. She was building her own image as a poet, and she was doing it herself.

I never got the hang of poetry. Unlike Diane, I couldn’t write a poem in my own voice. I was always hiding behind a character. It was only after I let go of poetry and focused on prose that I was able to consciously express the different pieces of myself

through characters instead of using one as a gimmick. My weakness in poetry was my strength in prose.

I’m good at creating characters. In a way, I created Diane, who is probably much different in my head than she is in real life. She’s a good poet and a good adversary, and she was right in her critique of my bad poem in workshop. Of course, I’m still jealous of her and her talent. She lives a life I would like to live one day. She is tall and pretty. She is a fantasy. She is an extension of myself.

Jen Corrigan's prose has appeared in Salon, The Rumpus, Pacifica Literary Review, Seneca Review, Electric Literature, The Boiler, and elsewhere. Visit her at www.jen-corrigan.com or follow her on Twitter @CorriganWithAC.

How the Adaptation of To Kill a Mockingbird Failed Scout Finch

Why Are We Driven to Explore the Very Depths of This Earthly Abyss? 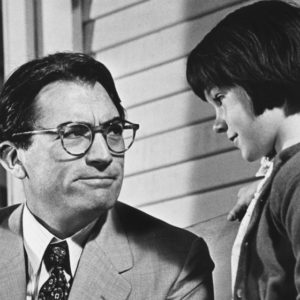 How the Adaptation of To Kill a Mockingbird Failed Scout Finch

When publishers first decided to print Harper Lee’s To Kill a Mockingbird, they only ordered a conservative first printing...
© LitHub
Back to top