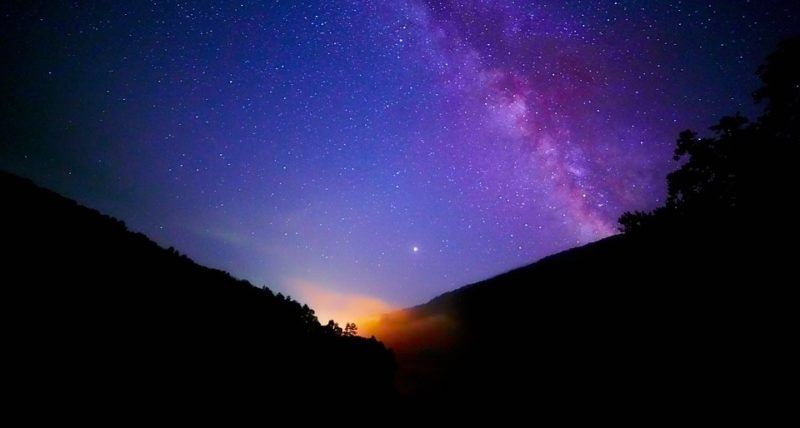 "The worst stories are the self-serving ones."

It’s a cool Friday afternoon in Fort Greene, New York, and Jayson Greene, the author of Once More We Saw Stars, is sitting at a small table in a coffee shop, working industriously on his laptop with enormous headphones. A contributing editor (and former senior editor) at Pitchfork whose work has appeared in The New York Times, Vulture, GQ, and elsewhere, Greene can articulate the particularities of aural storytelling in ways many listeners cannot. After he spots me, he and I plant ourselves in a corner by the doors, occupying a circle of plush couches. I begin by thanking him; he does not yet know the full extent of all his book has meant to me.

To reduce Once More We Saw Stars to a “grief memoir” is to do it a categorical injustice. The book transcends the despair of mourning, ushering into its pages familial unity, bona fide romance, ontological disillusionment, existential triumph, dilating dexterously between experiences specific and universal. With propulsive sentences Greene sails what could have proven an unnavigable story forward, laying to, masterfully, to relish in the sublime. “Grief at its peak has a terrible beauty to it, a blinding fission of every emotion,” he writes. “The world is charged with significance, with meaning, and the world around you, normally so solid and implacable, suddenly looks thin, translucent. I feel like I’ve discovered an opening.” With generosity and journalistic command, Greene shares this opening he has discovered with all of us.

It was May 17, 2015, when the unthinkable happened: a brick fell from an eighth-story windowsill on the Upper West Side of Manhattan and knocked Greene’s two-year-old daughter, Greta, on the head. She was rushed to the Weill Cornell emergency room. She did not survive.

In Once More We Saw Stars, which recounts these events and everything that followed, Greene demonstrates control, artfulness, and a fathomless reservoir of compassion, reminding each of us at every turn the value of sincerity. The book is divided into six sections, a refreshing variation on the five stages of grief. He begins the story with “The Accident,” which builds into the “Aftermath,” cycles through the New England healing retreat Greene and his wife, Stacy, attended, “Kripalu,” charts their literal and metaphysical journeys in “Searching for Home” and “Pregnancy,” and culls its resolve in the achingly hopeful and redemptive denouement chapter named for his son, “Harrison,” to whom, along with Greta, Greene has dedicated the book.

In the wake of senseless tragedy, the act of writing was one of the few things that still made sense to Greene, a venue to exercise control in the face of an utter dearth thereof. A practice that began as soon as the first few days following the accident, journaling became Greene’s way of processing the events which were ravaging life as he had known it and which became the bedrock for his book. Around six weeks after the accident, Greene left the city to visit his parents. When he explained to them that he had been writing, his mother encouraged him to hold onto the material for “later use.” He tells me that was the critical moment at which point he began to take the aggregation of scenes more seriously. He made a point of recollecting events in detail with an eye toward narrative cohesion. And when he and his wife, Stacy, discovered she was pregnant, “it all came together. I was writing a book.”

“I think that I did have a very strong desire to make sure that I was knocked down, in a way. Because I think that stories are bullshit when they’re self-serving.”

The way he speaks about Stacy, his wife, is as sonorous and tender in person as it is on the page. The power of their love is the nucleus of his memoir. In many ways, Greene has written it for her. He calls the book a collective effort. “I wrote everything in it, but she would often redirect. Not completely, but 30 degrees a certain way. As if to say, you are focusing on these things, and I understand why, but there are other things over this way, and the only other person in the world who knew where those places were was her.”

Losing their child was a private trauma the two of them shared, though in the midst of immediate and rabid press coverage of the incident by local news outlets and parasitic tabloids, neither they, nor any other members of their family, ever had narrative control. He notes that this premature, unwitting leakage of the events mitigated many of the ethical dilemmas native to nonfiction; immune to common questions of authorial entitlement, he was, in a sense, “elected” by those whose story he was telling, in order that he reclaim it.

Greene’s voice on the page does not shy away from self-excoriation. He takes risks, those that he believes are necessary in order for autobiographical literature to flourish. He catalogues his interiority with unflinching honesty, revealing moments of shame and self-aware (and potentially unsavory) anger. “I think that I did have a very strong desire to make sure that I was knocked down, in a way. Because I think that stories are bullshit when they’re self-serving. And the worst stories are the self-serving ones, because inherent in the wording, they serve no one but the teller,” he said. It was crucial for Greene that the story be redemptive, didactic in some way. This was not a tale divined to displace guilt.

While writing, Greene was acutely aware of the ways in which people tend to apotheosize parents who have lost children, particularly young children. It is not something that is supposed to happen, and yet it does, and we are terrified of that. He acknowledges that people often conceive of grieving parents as Christlike figures whose fortunes differ so drastically, so violently from what we can bear, that they become inhuman symbols of heroism. “There was a real fear that I was going to be, that Stacy was going to be, and by extension Greta, transfigured out of humanity and into something else,” he said.

How does one tell a story which most of their readers, erecting anti-empathic bulwarks, will refuse to envision for themselves? Greene’s answer is to retain every ounce of humanity possible, to center the narrative on two people whom we root for not in spite of, but by virtue of their flaws. Greene rejects his potential canonization. “The book had to insist on the fact that [Greta] was a pain in the ass, many, many times, that we were exhausted. That the only reason that she was away at her grandmother’s house that weekend was because we desperately needed a break, you know? Because that’s real,” he said.

His alliance with Stacy holds fast through each section of Once More We Saw Stars. When he speaks about her, sitting across from me in Brooklyn where they maintain a life together, I feel as though I am being let it on a secret. After having read exhaustively about her most vulnerable moments, Stacy has become a sort of mythic figure in my mind, but not at all in the way Greene has feared. She is unequivocally human. They both are. I recall this passage from her and Greene’s time in the hospital:

Stepping into the hallway, I confess quietly to my brother that I am deeply worried I will lose Stacy, too. This is the sort of blow, after all, that dissolves the strongest marriages.

When I walk back in, Stacy looks up from the bedside and smiles at me. “There you are,” she says, and she stands up to give me a hug and a kiss. I go for another cafeteria run, getting coffee and snack orders for everyone gathered around. As I leave the room again, she says, “I love you.”

As I take the elevator down to the bottom floor, I have an impossible thought: We are going to be OK. We will survive this. We are about to enter the unimaginable, but we are also going to pass through. The thought lasts seconds; it is like a fish in a murky river. But I hold on to it: that kiss and that smile and that casual “I love you” saved me.

When I was 15, my mother was struck and killed by a car while crossing the street in front of a Mexican restaurant. I am no stranger to the counterproductive martyr label ascribed to people who’ve suffered the unthinkable; a girl without a mother is not so different, in that way, from a parent who has lost a little girl. Though we are here to discuss Greene and his process, I never lose sight of all the ways I feel close to his story. This scrape with abject darkness is not something one can so easily verbalize, though Greene has done it here mercifully, imaginatively, unselfishly, for all of us. For this reason, Greene’s memoir has earned itself a permanent place, alongside Joan Didion’s

The Year of Magical Thinking, Maggie Nelson’s The Argonauts, and Rob Sheffield’s Love is a Mix Tape, in my own canon of literary treasures.

There is an intimacy to our conversation, but also a professionalism which, out of respect for him, and gratitude, I resolve to sustain. He has been unthinkably generous to make himself available to me in this way, to open himself to my intellectual inquiries when they deal so explicitly with the particulars of his trauma. “Grief is an absence,” he says, “and you have to find some way to contain it. In some ways I made this book because there was an absence in our lives where Greta used to be, and I had to make something with her essence in it to bring it back down, which is why she’s on the cover.” He picks up the galley that rests on the table. “I took this picture of her on my phone,” he says, pointing to the cover. I feel tears nagging at the corners of my eyes, but blink them away.

Greene differentiates between what he believes to be the two types of art made from grief: the didactic and the raw. One can be instructive, while the other allows the reader to indulge in voyeurism, providing them with an uncompromising record of private pain. The former offers counsel; the latter, representation. By allowing me to bear witness to his pain, Jayson Greene has counseled me, teaching me that it is always possible to live.

Hannah Seidlitz is an NYU MFA candidate and Axinn Foundation fellow. Her guilty pleasure is applying the hermeneutic method to everything, from Greek Classics to grocery lists to subway advertisements, like Derrida, or Ira Glass. Find her work in QZ, Electric Literature, Entropy Magazine, West 10th, and elsewhere.

The Natural Wine Movement is About More Than Just Wine 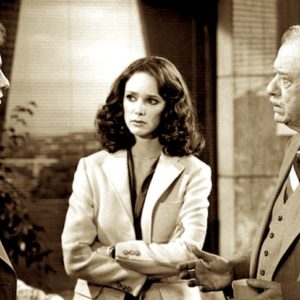 We all know what a cultural critic means when they say that something is like a soap opera: they mean that it relies too heavily...
© LitHub
Back to top