“Like criticism, [praise] makes us forget what art is for.” Toward changing the language of creative writing classrooms • Gabriel García Márquez remembers his dearest friend, Julio Cortázar • Trust the stars (also, us): January book recommendations based on your zodiac sign • Bookstore as de facto town hall: an interview with Harrisburg’s (mayor-owned) Midtown Scholar Bookstore • How Zora Neale Hurston helped create the first realistic black baby doll • “The idea came to me fully formed: One book a month, followed to the letter, to see if self-help really could change my life.” Marianne Power on living by the book(s) • What eating in sci-fi says about the real world • Jamil Jan Kochai on traditions of Afghan oral storytelling • An accidental pilgrimage: on living at Sylvia Plath and Ted Hughes’s “poetical” Boston address, 9 Willow • The near-impossibility of editing Proust • Resident librarian Kristen Arnett’s 2019 resolutions are applicable to us all • An oddly poetic account of color blindness from the turn of last century • Why do we demand “relatability” from women’s writing about relationships? (Oh right, it’s because of the patriarchy.) • David Ulin on cleaning up his writing desk • On Fiction/Non/Fiction, Carla Bruce-Eddings, Karen Gu, and Tom Barbash discuss the fine art of book publicity; with Whitney Terrell and V.V. Ganeshananthan • On Lili Anolik, the writer who helped bring Eve Babitz back into the literary consciousness • Leila Slimani on her not-so-prudish nanny • How do you set James Joyce’s most famous story on the stage? • Portnoy’s Complaint was published 50 years ago this year, so naturally, we’re celebrating with an unnecessarily and uncomfortably close reading of that scene • Emma Byrne submits the scientific case for calling the president a “motherf*cker” • Three days in the life (and mind) of Jan Morris •

On his 50th birthday, David Mitchell talks birthday wishes, his fictional alter-ego, and his next book

From Ragtime to The March, classic reviews of E. L. Doctorow’s most iconic novels • John Prendergast and Fidel Bafilemba, coauthors of Congo Stories: Battling Five Centuries of Exploitation and Greed, share five books about the Congo • From a futuristic Tokyo noir to an epidemic of sleeping sickness, Leah Schnelbach recommends 5 Sci-Fi and Fantasy Books to Warm Your January • This week in Secrets of the Book Critics: the New Yorker‘s Jia Tolentino on Edith Wharton, Ling Ma, and Performative Book Talk • Kristen Roupenian’s You Know You Want This: canny examination of power-as-weakness, or dull assemblage of shocks and kinks? • Sylvia Plath’s lost short story, Jackie Chan’s disquieting autobiography, and more of the Book Reviews You Need to Read This Week • A dark feminist fable, a grim true crime tale, and a noir-tinged debut all feature among the Best Reviewed Books of the Week

A look at 110+ of 2019’s most anticipated crime and mystery releases • Alan Glynn looks at the strange and complex history of depicting Richard Nixon in fiction • Taipei: a temperate, bustling city full of night markets, good food, and good crime fiction • Rob Hart takes readers on a true crime / food tour through the underbelly of New York City • Your essential true crime reads for January 2019 •  Emma Rous rounds up 8 crime and mystery featuring twins • Five novels of psychological suspense that will have you hanging over an existential cliff of moral ambiguity, as recommended by Laura Sims • Rounding up 20 of the best covers of Red Harvest, from the pulpy to the ultra-minimalist • A look at all the best crime TV series headed your way in 2019 • “Thrillers act as a talisman: if we read it, it won’t come.” Jessica Barry on everyday dangers and how crime fiction can act as a space for empowerment • Can you tell the Queen of the Golden Age from the Godfather of Noir? Take our quiz to find out! • Gytha Lodge asks: should there be such a thing as a “comfortable” murder mystery? • All the crime and mystery films to stream this January, because it’s cold outside and you’re probably already watching TV anyway • Whatever happened to Dell Puzzlebacks, those delightful mysteries integrating puzzles and clues into their design? 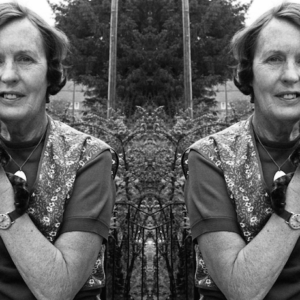 Portnoy’s Complaint was published 50 years ago this year, so naturally, we’re celebrating with an unnecessarily...
© LitHub
Back to top