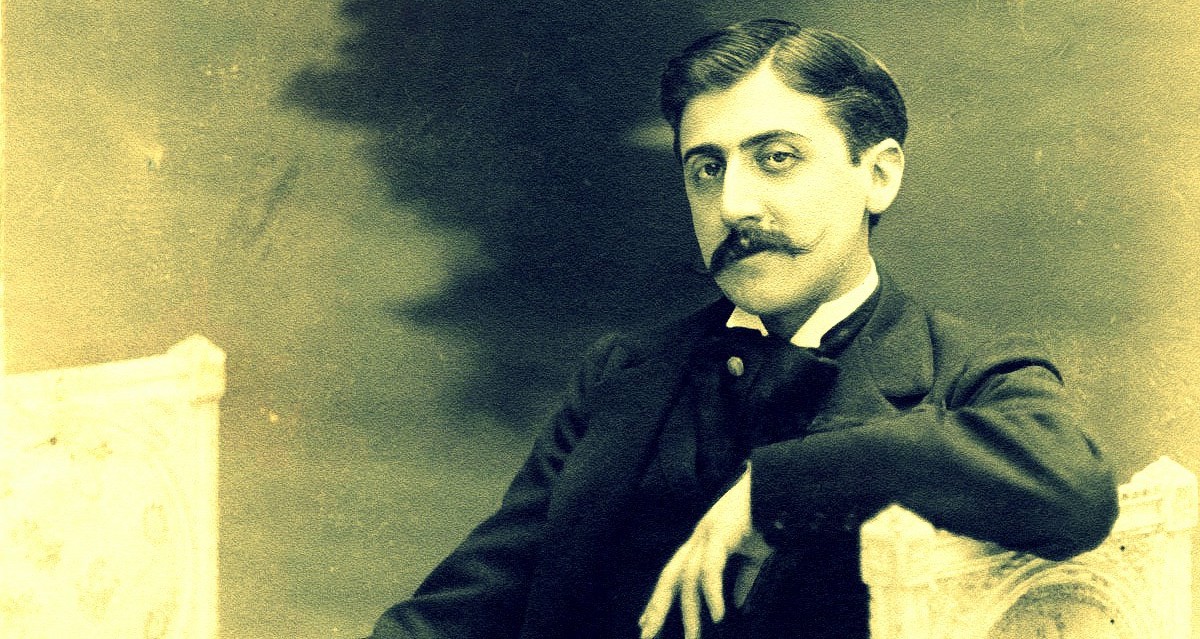 Carol Clark on the Challenges of Editing and Translating The Prisoner

When Marcel Proust died in November 1922 only The Way by Swann’s, In the Shadow of Young Girls in Flower, The Guermantes Way and Sodom and Gomorrah had been published; The Prisoner, The Fugitive and Finding Time Again were still in manuscript. But the phrase “in manuscript” gives a wholly inadequate idea of the task facing his original editors. Proust composed by an immensely complex process of writing and rewriting, weaving together passages sometimes composed years apart, filling his margins with additions and, when the margins ran out, continuing on strips of paper glued to the pages. (Some of the most memorable passages in The Prisoner, the death of Bergotte, for example, appear for the first time only in these last-minute “paperoles.”) After a time he would have a clean copy typed, but this by no means marked the end of the rewriting process, which might continue to the proof stage and beyond.

As he never saw proofs of The Prisoner, the only thing of which we can be certain is that, had he lived to sign the bon à tirer (ready to print), the book would have been considerably different from the one we have now. All editions of it are based on three typescripts held in the Bibliothèque Nationale (now Bibliothèque de France) in Paris: the first quarter of the first typescript had been corrected by Proust before his death and further clean copies made, but it had not yet been given the bon à tirer. Consequently his first editors, the novelist and essayist Jacques Rivière and the author’s brother Robert Proust, had to correct the rest and establish a text as best they could.

Later editors, Pierre Clarac and Andre Ferré for the editions de la Pléiade in 1954 and Jean-Yves Tadié (general editor) and Pierre-Edmond Robert (for The Prisoner) for the same house in 1988, have relied on the same typescripts, supplemented by an increasing quantity of manuscript material which has become available as collectors have died and left it, or their heirs have sold it, to the Bibliothèque Nationale. The distinguishing characteristic of the 1988 edition, from which this translation is made, is the inclusion of a large number of esquisses, preliminary sketches for passages which the assiduous reader can compare with the versions adopted for the main text. The Pléiade editions are scholarly in a way the original edition was not. Rivière and Robert Proust were more concerned to produce a readable text which would please critics and buyers, and so they ironed out a considerable number of inconsistencies and, as they thought, faults of style which the later editors have reinstated.

“He never tells you the age of the hero and on one page he is being taken to the W.C. in the Champs-Elysées by his nurse & the next page he is going to a brothel.”

In the case of Proust, such editorial decisions are much more difficult to make than one might suppose. His composition is very rarely linear or chronological: most of the events described take place in a timeless or repetitive past indicated by the use of the imperfect tense. Only from time to time is an episode narrated in the past historic, indicating that it happened only once. (These alternative past tenses present a real problem to the translator.) In one paragraph the narrator can be years older than in the preceding one or, for that matter, younger. (Evelyn Waugh noticed this and facetiously complained to John Betjeman: “Well, the chap was plain barmy. He never tells you the age of the hero and on one page he is being taken to the W.C. in the Champs-Elysées by his nurse & the next page he is going to a brothel. Such a lot of nonsense” (letter, February 1948).)

Characters can be both masculine and effeminate (M. de Charlus), odious and kind (the Verdurins), corrupt and conscientious. For most of the time this is deliberate. Proust may be showing the passage of time (M. de Charlus is originally very masculine in his bearing, then becomes increasingly effeminate), or the complexity of human character (M. Verdurin bullies Saniette abominably and then supports him when he loses all his money, and it is Mlle. Vinteuil’s friend, the very personification of depravity throughout the preceding volumes, who proves to have saved the composer’s music for posterity by her patient deciphering of his manuscripts).

At other times the same characters can be seen differently by different people, either because some are more observant than others, or because they have had some particular revelatory experience. By the time of the Verdurins’ music party, the narrator sees M. de Charlus as the caricature “old queen,” no doubt partly because he has overheard his sexual encounter with Jupien at the beginning of Sodom and Gomorrah. But the more knowing members of the Verdurin circle share this view of him. On the other hand, the more conventional members of the audience have failed to notice his transformation, and the innocent young girl in Brichot’s lecture audience sees only “a stout, white-haired man with a black mustache, wearing the Military Medal,” and is disappointed that a baron looks just like anybody else. If Albertine says on p. 92 that the Verdurins have always been kind to her and tried to help her, on p. 313 that Mme. Verdurin has always been vile to her and then again on p. 379 that she has been kind, this tells us something about Albertine, and perhaps about human judgments in general. To eliminate inconsistencies like these would be completely to denature Proust’s work.

On the other hand, when Brichot arrives, on p. 180, in a tram which by p. 183 is a bus, when Mme. Verdurin’s husband is called first Auguste and then, a few pages later, Gustave, or when the vehicle in which the narrator and Albertine are riding through the Bois (pp. 149–158) is alternately a carriage and a motor-car, one wonders if Proust, had he lived, would not have eliminated such variations. Certainly, they are not found in the part of the manuscript that he did correct.

The most unnerving concerns Dr. Cottard. Mme. Verdurin is “deep in discussion” with him and Ski on p. 209, but at the same party she receives, without apparent surprise, condolences on his death (p. 221). By p. 257 he is alive again, and General Deltour is consulting him about his health. In the same way, two completely different accounts are given of the death of Saniette, its causes, the duration of his last illness and Cottard’s involvement in it, though pp. 221 and 244 would suggest that the doctor had died before the patient. These inconsistencies no doubt result from Proust’s practice of writing and rewriting sequences individually (again, rather in the way a film is shot), sometimes at considerable intervals of time and not in the order in which they would appear in the finished novel. It is difficult to see that such continuity errors serve any literary purpose, and his first editors eliminated them. Later, more reverential editors, however, have restored them all, including the death and resurrection of Cottard.

One might make the same observation about verbal repetitions, which are frequent in La Prisonnière, particularly in the part which Proust did not live to correct. Some of these are plainly deliberate, and represent tics of speech, like the Duc de Guermantes’s “bel et bien” (here translated “thoroughgoing”) or M. de Charlus’s “enchaînement de circonstances.” But others, including some whole sentences repeated with minimal changes, or sequences of two or more sentences all beginning with the same word or words (e.g. “D’autre part,” “on the other hand”), are probably accidental. Such repetitions were regarded as very bad style at the time of the first edition, were often corrected by the first editors and have been reinstated by their modern successors. This translation has attenuated them to some degree. 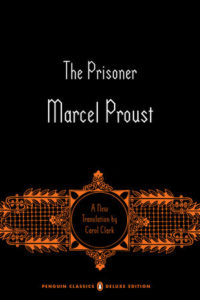 From The Prisoner by Marcel Proust, trans. Carol Clark. Used with permission of Penguin Classics.

Carol Clark was an emeritus fellow and tutor in French at Balliol College, Oxford. She translated selections from Baudelaire for Penguin Classics and authored several books on French literature. 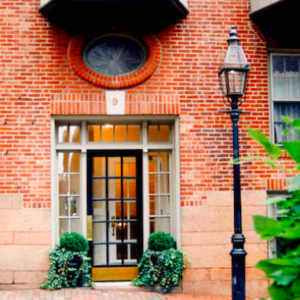 This essay mentions an instance and method of suicide. Outside, a woman is yelling the name of the street. Willow, Willow,...
© LitHub
Back to top
Loading Comments...