An Unnecessarily Close Reading of That Scene in Portnoy’s Complaint

Chopped Meat Through the Kosher Grinder

Portnoy’s Complaint was not Philip Roth’s first novel, but it was the one that turned him into a celebrity. The book was highly controversial—loudly reviled and just as loudly praised—but most importantly: it was read. Soon after its publication, it had sold millions of copies, and the notion of a young man and his liver had become a reliable punchline—and in some ways, so had Roth. In 1981, Roth told an interviewer at Esquire that “to become a celebrity is to become a brand name. There is Ivory Soap, Rice Krispies, and Philip Roth. Ivory is the soap that floats; Rice Krispies the breakfast cereal that goes snap-crackle-pop; Philip Roth the Jew who masturbates with a piece of liver. And makes a million out of it.”

Tomorrow, Portnoy’s Complaint turns 50 (yes, it was published in 1969, so I offer you the obligatory nice), and I wondered: what really happens in that scene with the liver? I certainly couldn’t remember. How does it go, and is it actually important to the book? That is: how does the legend compare to the text? So to celebrate the birthday of a classic, I have decided to revisit that famous epithet-creating masturbatory moment. Thus begins my entirely unnecessary,  mildly illuminating, quasi-perverse close reading of the notorious adventures of Alexander Portnoy, “the Raskolnikov of jerking off.”

We get our first premonition of the Lewd Act in Question in the book’s early pages, when Alex is considering the considerable power of his mother. “She watched the butcher, as she put it, ‘like a hawk,’ to be certain that he did not forget to put her chopped meat through the kosher grinder.” This, of course, is not at all suggestive unless you know what’s coming, but I quickly flagged the moment.

Even in the book’s earliest pages, we are made painfully aware of the strong connection between food and identity for Alex—both Jewish identity (we’re talking specifically about kosher food here—in fact later some his bouts of masturbation will be disguised as diarrhea and blamed on hamburgers and fries found in the wild), and his mother’s identity, which at the time has not fully separated from Alex’s own. And might as well add sex to the mix up front—it’s not too many pages later that Portnoy starts talking about seeing his mother’s menstrual blood leak onto the floor, an image mixed in his mind with “the blood she is draining from the meat so as to make it kosher and fit for consumption.” Food and sex and power and Jewishness are instantly and inextricably entangled.

On an outing of our family association, I once cored an apple, saw to my astonishment (and with the aid of my obsession) what it looked like, and ran off into the woods to fall upon the orifice of the fruit, pretending that the cool and mealy hole was actually between the legs of that mythical being who always called me Big Boy when she pleaded for what no girl in all recorded history had ever had. “Oh shove it in me, Big Boy,” cried the cored apple that I banged silly on that picnic. “Big Boy, Big Boy, oh give me all you’ve got,” begged the empty milk bottle that I kept hidden in our storage bin in the basement, to drive wild after school with my vaselined upright. “Come, Big Boy, come,” screamed the maddened piece of liver that, in my own insanity, I bought one afternoon at a butcher shop and, believe it or not, violated behind a billboard on the way to a bar mitzvah lesson.

Much to unpack here. But I’ll restrict myself from the more generalized commentary and stick to the liver.

Excuse me, the “maddened piece of liver.” I’ll start by saying that the use of “maddened” here is wonderful and—dare I say—elegant, despite what it describes. Firstly, it anthropomorphizes the liver by imbuing it with emotion (which is, I suppose, the whole point, after all he’s got to do something to convince himself it’s screaming for him to come), while also suggesting its ill use (it’s angry), mirrors Alex’s “own insanity,” and finally evokes a raw sort of redness, just as you’d expect from a piece of raw meat used vigorously. It is an ideal word for this sentence. Point Roth.

There is Ivory Soap, Rice Krispies, and Philip Roth. Ivory is the soap that floats; Rice Krispies the breakfast cereal that goes snap-crackle-pop; Philip Roth the Jew who masturbates with a piece of liver.

By the way, the only other use of this word in the book comes less than 30 pages later, where it is used to describe Portnoy and his mother in fantasized coitus: “If there in the living room their grown-up little boy were to tumble all at once onto the rug with his mommy, what would Daddy do? Pour a bucket of boiling water on the raging, maddened couple?” I don’t think it’s an over-read to find this a sadistic bit of literary layering.

Finally here, I’ll just note that there’s something nice, musical even, about the alliteration of butcher shop, billboard, and bar mitzvah lesson. Of course the most famous line of alliteration in the novel is Alex’s summation of being a young Jewish boy: “publicly pleasing my parents while privately pulling my putz.” But this one is nice too.

Later, Alex remembers his father inviting a coworker—a shikse named Anne—over for dinner, for “a real Jewish meal.” It is liver-heavy. Alex reports his father’s running stream of commentary:

The language is identifiable as a watered-down reflection of the fantasy sex talk—”Big Boy, give me all you’ve got” vs. “take a big fork full”—but more importantly, Roth knows what he’s doing when he repeats the word “liver” after what he’s told us. And again, he strengthens the connection between food and sex and family and Jewishness—he thinks his father must be sleeping with Anne, after all, why else would she be there? He can’t conceive of any other reason.

So, okay, we’re done with the liver. It wasn’t so bad! It wasn’t even a scene, not really. But then it comes back.

The bus, the bus, what intervened on the bus to prevent me from coming all over the sleeping shikse‘s arm—I don’t know. Common sense, you think? Common decency? My right mind, as they say, coming to the fore? Well, where is this right mind on that afternoon I came home from school to find my mother out of the house, and our refrigerator stocked with a big purplish piece of raw liver? I believe that I have already confessed to the piece of liver that I bought in a butcher shop and banged behind a billboard on the way to a bar mitzvah lesson. Well, I wish to make a clean breast of it, Your Holiness. That—she—it—wasn’t my first piece. My first piece I had in the privacy of my own home, rolled round my cock in the bathroom at three-thirty—and then had again on the end of a fork, at five-thirty, along with the other members of that poor innocent family of mine.

So. Now you know the worst thing I have ever done. I fucked my own family’s dinner.

It’s hard not to wonder: was that the piece of liver they chopped up and fed to Anne?

Either way, on a basic level this is a deft storytelling technique: Roth stops to remind us of a previous confession (you see that the butcher shop, billboard, and bar mitzvah lesson have returned in their little alliterative parade, with the addition of banged) and elaborate on it. “I wish to make a clean breast of it” is a cheap joke, but an appropriate one. “That—she—it—wasn’t my first piece” actually made me groan—it’s the most explicit anthropomorphizing of a masturbation tool to date. Even the apple and milk bottle were not called “she,” even as they called him “Big Boy.” Maybe the increased intensity of the moment, or the confession, adds to the internal confusion about whether a liver is a woman or not. Either way, now we’re in hazy territory, and when Alex says “the first piece I had in the privacy of my own home” the double meaning of “piece” is resounding. And so too the meaning of “had.” This is skillful, if sort of gross, literary work. He has upped the ante, surprised us, and (I hesitate to admit) delighted us too.

And finally: “I fucked my own family’s dinner.” A laugh line—but isn’t this exactly what the book is about? Sex, family, and food, over and over again, and all the ways that Alex has mixed them all up and driven himself crazy in so doing? The layering of religion and daily life? The dissonance between the private space and the family space? All I’m saying is: maybe the thing about the liver is the real thing about the book after all. 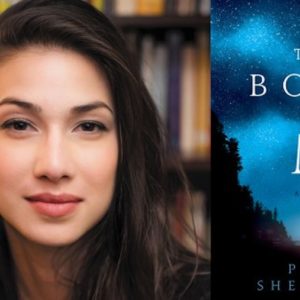