Leila Slimani, Author of The Nanny, on Her Not-So-Prudish Nanny

I had never in my life talked with my childhood nanny about sex. I would have found it unthinkable to raise the subject with this woman, even though she has been living under our roof for more than 20 years. We represent, the two of us, completely opposite types of women. Fifty years old, she has never married, and if we take seriously the importance she accords to morality and religion, she is a virgin. She lives and works in our home. She supports many members of her family, who turn readily to her whenever there is a problem yet treat her with little consideration: because she is a woman, and because she has no husband. A devout person, she is—I know this—shocked by the way I live. I smoke, I drink, I go out whenever I want. I have as many boys for friends as I do girls. I realize that when I was a teenager, she must have been dumbfounded to see the parties we used to throw, where girls and boys would slow-dance dreamily together.

So I have a rather clear image of my nanny: she’s a conservative, and she doubtless judges me without ever saying anything. When my

novel came out, I had a chance to form a wholly different picture of her. One evening when we were alone in the kitchen, she remarked, with a naughty look in her eye: “By the way, I know what your book is about.” I smiled, a bit flustered by the subject she’d brought up. I was also afraid that she might lecture me. “You’re talking about sex maniacs, right?” she continued. “Because you know, in Morocco, there are lots of them. In my neighborhood, many women tell me about this.”

First news flash: my so prudish and so moralizing nanny talks about sex with the local women. I’m speechless!

“I have a friend who lives near my old home. She told me that her husband wanted to make love three or four times a day. He doesn’t ask what she thinks. You see what I mean?” she adds. Yes, I see, he rapes her. I realize that I don’t know how to say “rape” in Arabic, but my nanny and I have understood each other.

“Many men are like that,” she goes on. “The women, they work, they raise the children, they keep house. And on top of that, they have to do everything

monsieur wants and they keep getting pregnant. Fortunately, some men prefer to see other girls in the neighborhood and they leave their wives alone.” Other girls? I ask her if she’s talking about prostitutes.

First news flash: my so prudish and so moralizing nanny talks about sex with the local women. I’m speechless!

“Sure, of course. There are lots of them. Very young ones. You know, even the Saudis come here for the prostitutes. In Rabat, they’ve had a huge house built for them where they receive really young girls. These girls have to strip stark naked and dance in front of them. After a while, the men throw paper money down and tell them: ‘Roll in that, and if you’ve sweated hard, you can keep all the bills that stick to you.’”

I don’t know if this story is entirely true and I have no real way to verify it. Still, it’s public knowledge that rich men from the Gulf come regularly to Morocco to take advantage of our unfortunately legendary prostitution. In fact, they find it so palatable that many

girls have “exported” themselves to the Gulf region. A migration that isn’t to everyone’s taste.

“Prostitution means ruin for the women,” my nanny continues, clearly determined to tell me everything. “In the neighborhood, you know, there’s that girl who has AIDS. She concealed it for a long time, but finally everyone found out. The guy who’d stuck her with it dropped her and disappeared. Now she’s completely abandoned. It’s sad, everything that happens. In many families, you see girls getting pregnant by their uncle or even their father. The girls don’t talk about it. Either they get hidden away, or they kill themselves.” I point out to her that all these situations stem from massive hypocrisy and that no one dares to denounce crimes committed under the pretext of warding off dishonor. I try to explain to her that a society in which women had more freedom would not necessarily be contrary to religion, yet would permit better protection for women. To my great surprise, she agrees. “All this,” she tells me, “does not serve the cause of Islam. It is solely in the interest of men.”

Translated from the French by Linda Coverdale.

Leila Slimani is the bestselling author of The Perfect Nanny, one of The New York Times Book Review's 10 Best Books of the Year, and Adèle, for which she won the La Mamounia Prize. A journalist and frequent commentator on women's and human rights, she spearheaded a campaign--for which she won the Simone de Beauvoir Prize for women's freedom--to help Moroccan women speak out, as self-declared outlaws, against their country's "unfair and obsolete laws." She is French president Emmanuel Macron's personal representative for the promotion of the French language and culture and was ranked #2 on Vanity Fair France's annual list of The Fifty Most Influential French People in the World. Born in Rabat, Morocco, in 1981, she now lives in Paris with her French husband and their two young children.

Why Does Women's Writing About Relationships Need to be “Relatable”? 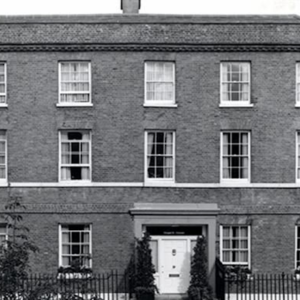 Lit Hub Daily: January 9, 2019 “The idea came to me fully formed: One book a month, followed to the letter, to see if self-help really could change...
© LitHub
Back to top
Loading Comments...