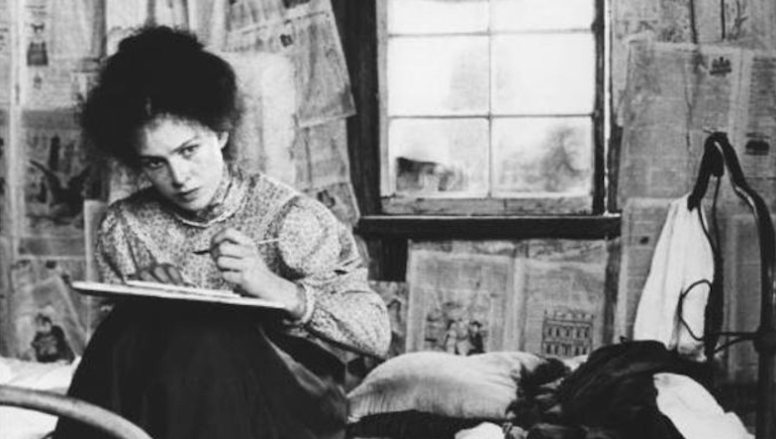 Why Does Women’s Writing About Relationships Need to be “Relatable”?

Hint: It's a Word Men Use to Describe Their Writing in Order to Diminish It

Women writing about their relationships are pathologized, punished, and diminished in a truly stunning number of ways. It’s almost like we live in a patriarchal society where every aspect of culture is designed to take away women’s power!

I want to talk a little bit about Taylor Swift, although she has become what the kids (35-year-olds on the internet) call “a problematic fave.” She’s a conventionally hot white woman from a very privileged background who spent pretty much her entire pre-Reputation career playing the victim. Which I get! People who are rich and hot and white are allowed to be sad and victimized in their personal life. Just because you’re privileged doesn’t mean your life is perfect, as many white men have shouted at me. But Taylor playing the victim became grating when she used that stance to be intentionally blind to structural racism (see: her response to Nicki Minaj’s critique of the VMAs only nominating videos that celebrate “women with very slim bodies”). The look is not great! Maybe spend a couple hours on Tumblr, Taylor! Maybe read some bell hooks.

Lately I’m trying to have more empathy for her, because we all do very dumb shit in our lives and the world is changing very fast and it can be hard to see how we need to change as well. And while I physically couldn’t listen to her music for a very long time after she failed to use her vast platform to denounce Donald Trump, forcing me to add her to my “People Responsible for the Results of the 2016 Election” spreadsheet (also on there: Vladimir Putin, James Comey, Dean Baquet, Donald Trump)—she DID recently, finally, urge her fans to vote, and to vote for Democrats.

SO: I have at times been extremely frustrated with Taylor Swift AND ALSO I have been very inspired by her emotional specificity and vulnerability and also by her handling of the backlash she has gotten for those things.

In case you somehow evaded Taylor Swift’s mandatory Leave No Child Unaware of Who Taylor Swift Is ten-year press initiative, Taylor has spent her career making commercially and (generally) critically successful art about her experiences as a young woman attracted to men. This irked many people in such a way that their hair caught on fire and the only cure was intense media focus on Taylor’s love life, calling her boy crazy and needy and psycho.

In a profile of Taylor for a 2013 Vanity Fair cover story, Nancy Jo Sales asked Taylor if she was boy crazy (specifically after Taylor had just said that she wasn’t boy crazy and was in fact work crazy). Taylor responded, “For a female to write about her feelings, and then be portrayed as some clingy, insane, desperate girlfriend in need of making you marry her and have kids with her, I think that’s taking something that potentially should be celebrated—a woman writing about her feelings in a confessional way—that’s taking it and turning it and twisting it into something that frankly is a little sexist.”

As much as Taylor has since 2013 arguably commodified feminism for her personal gain and no one else’s, that statement strikes me as so true. That statement changed my life!

Then there are the women like Joyce Maynard who are called narcissists and opportunists for writing about their own lives. According to this line of thinking, the fact that J. D. Salinger was beloved and notoriously private means that he owned what happened between him and Joyce Maynard more than she did. This, despite the fact that what happened between them was he (one of the country’s most famous authors, then in his fifties) coerced an 18-year-old aspiring writer to abandon her life and enter into a sexual relationship with him at his New Hampshire house. Which, as you will immediately realize or currently are on a five-to-ten-year journey to realizing, is extremely fucked up. That power differential is NOT OKAY! It may be technically legal, but it is very, very gross. Salinger’s obsession with privacy seems a lot less quirky when you learn that he had a lifelong pattern of inappropriate emotional and sexual attachments to teen girls. “For Esmé—with Love and Squalor” is not as cute when you realize Salinger probably wanted to fuck Esmé. Sylvia Plath was also called a narcissist throughout her life. A guy once referred to my art as narcissistic, as a flirt. The flirt was not well received!

Anyway—the point of this is—women own the things that happen to them, even if these things happened between them and much more powerful or well-known men. Writing about these things does not make women narcissists.

And THEN there are the people who get their undies in a bundle because they have a strong feeling that women who write about their relationships are giving too much of themselves away. This concern strikes me as super faux because I have never heard of men worrying that Jack Kerouac gave too much of himself away in the 500,000 novels he wrote about himself and his friends. Men are just like, “Yes, this is good, every 18-year-old should read this to learn how to go on pretty boring road trips and treat women like shit.” Same goes for Karl Ove Knausgaard and the five hundred thousand novels he wrote about himself and . . . his breakfast cereal?

Yet, in the Joni Mitchell biography Reckless Daughter, David Yaffe writes about how Kris Kristofferson once advised Joni to put less of herself in her art. (Wild that there was ever a time that any human being felt they had the right to give advice to Joni Mitchell. Wilder that I’m sure there are still many men who would feel very comfortable doing this!) Joni said of her contemporaries: “The vulnerability freaked them out.”

I have never heard of men worrying that Jack Kerouac gave too much of himself away in the 500,000 novels he wrote about himself and his friends.”

The flip side of all of this “YOU ARE TRULY CRAZY AND RUINING YOUR LIFE WITH THIS KIND OF WRITING” moral panic is when art that women make about their relationships is called “relatable.” “Relatable” is a very sexist word that men use to describe women’s writing in order to diminish it. It says that when women write about experiences that resonate with people, it’s a cheap, small thrill devoid of literary merit and based solely on recognition. Like when a comedian makes a joke about Pringles and people laugh just because they’re like, “I’ve eaten Pringles, too!” But when men write about experiences that resonate with people, it’s fulfilling David Foster Wallace’s maxim that “fiction’s about what it is to be a fucking human being.”

Basically, women writing about their relationships are either seen as pathological (as if every person of every gender identity isn’t driven pathologically insane by not only love but also day-to-day life) OR they are seen as frivolous (and not just because they’re writing about love and not the Napoleonic Wars! When men write about love and relationships other men are like [starts clapping, slowly stands up and claps louder while *almost* crying], “That was so brave”). These dismissals are one way that society keeps women from speaking about the power structures that allow men to oppress women in an intimate setting.

And the real kicker is: how the hell are women supposed to create brilliant art without tapping into their personal experiences? Art is better when it is specific! It’s funnier: the classic example that I learned in 500 improv classes is saying “car” is less funny than saying “Toyota Yaris.” I thought that example was kind of weak until two members of my sketch team wrote a bit about businessmen who see and become obsessed with a fancy car on the street. The sketch was basically eight minutes of them saying “Mazda Miata”; it killed.

It’s not just “relatable” women who believe that personal stakes make for better art. Take it from noted white dude who went to Princeton F. Scott Fitzgerald. In a letter to aspiring writer Frances Turnbull, included in F. Scott Fitzgerald: A Life in Letters, he writes: “I’m afraid that the price for doing professional work is a good deal higher than you are prepared to pay at the present. You’ve got to sell your heart, your strongest reactions, not the little minor things that only touch you lightly, the little experiences that you might tell at dinner.”

So according to F. Scott Fitzgerald, if this woman doesn’t write about her own experiences and her own emotions, she will never make great art. And, according to all of society, if she does write about those things, she’s being crazy or selfish or “relatable.” The extremely bonkers thing about this advice is that “Scott” or “F.” or “Fran” or whatever people called him was very often stealing the emotions and experiences of his much more interesting and cool wife, Zelda! And when she tried to reclaim those things and write about them herself, Scott called her crazy and threw her in a mental institution. WHERE SHE DIED IN A FIRE. Please go read Heroines by Kate Zambreno to learn about this. Do not read another book by a man until you do!

I will say that I hate when people make “relationship” art that they don’t actually care about, like people who respond to guys on Tinder using only Mean Girls quotes, so that they can write an article about it. Maybe these women are working through something important to them and intentionally seeming flippant about it. Maybe they are trying to assert some control over this market-place they feel forced into, and this is their truth. But my truth is that this kind of thing is extremely annoying to me. It’s the worst of both worlds. It feels like these interactions have no stakes, and if they have no stakes for you, why write about them?! Go live your life, rent a kayak, go to an art gallery or something. And the dudes on the other side of those conversations, structurally powerful though they may be, are people, too. As Plato said, “Be kind to everyone; dating is universally very bad!!” 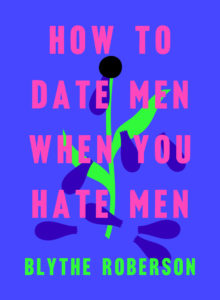 Blythe Roberson is a writer and comedian whose work has been published by the New Yorker, The Onion, ClickHole, VICE Magazine, and others. She works as a researcher at The Late Show with Stephen Colbert.

I had never in my life talked with my childhood nanny about sex. I would have found it unthinkable to raise the subject with...
© LitHub
Back to top
Loading Comments...