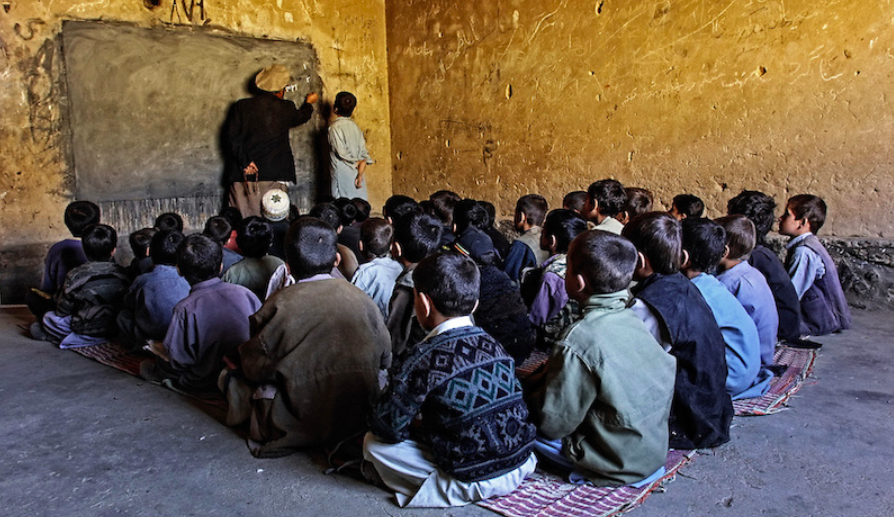 What Do I Risk Losing By Writing Down My Family’s Stories in English?

Before I read Kipling or Faulkner or Pynchon, before I studied John Gardner or Doug Rice, before I journeyed to Hogwarts with Potter, before Ms. Lung re-taught me my alphabets and pretty much all of the English language in second grade, before I learned to spell my first name in English block letters, I had the Word.

I lived the (spoken) Word.

It was my entire galaxy.

Between two and six years old, while my father worked crazy 12-hour shifts at the gas station, my mother, grandmother, and my aunts built me worlds in Pakhto. The sun, the trees, the sky. Hunger and seasons and time. Jokes and lullabies. All of it articulated in Pakhto, all of it orated with love. My grandmother, who’d never read a book in her life, who was solely beholden to the Word, would walk me every day to the park or the gas station, and she’d orate memories from her life, fables from the old country, and stories she’d memorized from the Quran.

Consequently, I went into kindergarten hardly knowing any English. With great difficulty, I scribbled and scratched, slowly allowing English to take its hold. But then in the summer just before second grade, my family and I visited our home village in Logar, Afghanistan for three months. In that time, consumed as I was by the rhythms and the voices of the countryside, by the Life of the Word, I up and abandoned English.

Reading, writing, all of that.

Forget constructing a sentence, I could barely remember my alphabets.

Fortunately, as it has often went in my life, I was helped along that year by a generous teacher. Ms. Lung (through months and months of after-school sessions) retaught me everything I was supposed to know about English, and by the end of the year, I had adopted the new language.

In a way, this was a blessing.

And, at the time, I was very grateful.

Nonetheless, in the midst of all that learning, I would come to realize there was also a great loss. As my English improved, my fluency in Pakhto declined, so that in the process of becoming a word scratcher, I seemed to be losing the Word itself.

I didn’t hit my stride as a writer until I took the time to listen to the stories of my family members, whose wondrous tales, I realized, could ruin you with heartache and put you back together with laughter.

In Patrick Chamoiseau’s novel Solibo Magnificent there is this ongoing conversation between Oiseau de Cham, the word scratcher, and Solibo Magnificent, the master storyteller. Time and again, Solibo will tell a beautiful tale only for the word scratcher to rush about writing it down. Solibo attempts to explain to the word scratcher that there is a great loss in the writing of the word, but it is only toward the end of the novel that the word scratcher understands “that to write down the word was nothing but betrayal, you lost the intonations, the parody, the storyteller’s gestures. . .” Like Oiseau de Cham, it took me a while to see the value of the Word before it is transcribed and translated and murdered of its orality.

All throughout undergrad, I read and wrote and scribbled and scratched, I analyzed and critiqued, all of it in English, and whenever my grandmother or my parents would take the time out of their lives to gift me with some tale or legend or memory, some precious part of themselves, not for a grade or a degree or a publication, but as an act of endearment, of connection, of love, I would often zone them out. My grandmother, especially, whose stories, once fresh and vibrant, seemed to become repetitive over time, irked me.

I felt that I had no time to offer.

I was busy studying grammar and syntax, literature and philosophy. I was laboring through the English canon. I read critiques of language and text and meaning. Driven by a desire that was essentially violent, I intended to conquer, to tear down, this language I did not belong to, but which I could not escape. Eventually, the violence of my critical efforts wearied me. I sought refuge in fiction, in studying the short story, which with time (too much time), led me back to the tales of my childhood. Really, I didn’t hit my stride as a writer until I took the time to listen to the stories of my family members, whose wondrous tales, I realized, could ruin you with heartache and put you back together with laughter. And like Chamoiseau’s word scratcher, I was overwhelmed by the desire to write it all down. To make marks of their voices (what marvelous Pakhtun voices!).

At first, I felt idealistic about the whole endeavor. I thought I was giving voice to the unheard, that I was shedding light upon atrocities. You see, my family had known trauma. Both deeply personal, but also as a part of the greater collective trauma of the Afghan diaspora. Logar was decimated by the Soviets, and although very little has been written about these massacres, the memory of this unrecorded suffering continues to exist, primarily, as oral narrative. For this reason, I became convinced that without a deeply profound respect for the oral tale, an understanding of collective, generational, and systematic suffering could not exist. It had to begin with the Word and a willingness to hear the Word.

Of course, I took it a step further. As a word scratcher, hearing just wasn’t enough. I had to write. I had to be read. But while writing my novel on Logar (which was deeply influenced by the stories of my family) I became suspicious of my attempts to interpret, to translate. My parent’s memories were all told to me in Pakhto, and I wondered what was being lost, or distorted, through the process of my translation.

I began to think about the ways that translation functioned within American imperialist projects. Not just linguistic translation, but also cultural and ideological translation. Legibility, understanding, interpretation—it seemed to me—was also an important step in domination, in establishing hegemony. Consequently, I became suspicious of my own position (writing from within Empire) to Afghanistan. I questioned my presumed audience, having always assumed I was primarily writing for the diaspora, for Afghans and Muslims living in Sacramento and Fremont and D.C. and London and wherever else our people had been scattered, and I began to wonder if I’d underestimated the influence of the white gaze. Now, when writing, I feel alternatively like a thief, a middleman, and an informant, and I have to keep convincing myself that to write and be read is worth the disservice I do to the stories of my family.

“You poor bastard,” Solibo might say, “your pen will make you die.”

Even so, I have to have faith that by rejecting the supremacy of the Text and by staying true to my service to the Word, I can retain some measure of its Life.

The Intersectionality Wars: Does the Term Even Mean Anything Anymore? 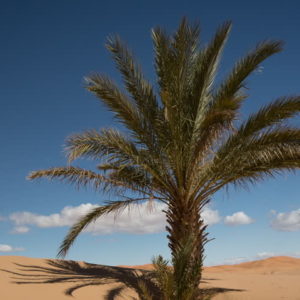 poem for palm pressed upon pane i am in the backseat. my father driving. from mansurah to cairo. delta to desert, heliopolis....
© LitHub
Back to top