TODAY: In 1922, Franz Kafka begins intensive work on his novel The Castle (Das Schloss) at the mountain resort of Spindlermühle, ceasing around early September in mid-sentence.

Those who can do, sometimes teach: 25 great writing manuals from 25 great writers • Arguing online with no one: on bad faith backlash and the Internet of takes • How to survive a wrongful conviction: the books that got me through 18 years on death row • Parenthood and God: Anjali Kumar discovers a need for the divine •  Defiance and grace at the opera: America and its neverending Gold Rush •

Same as it ever was: Philip Metres considers Edward Said’s Orientalism at 40, and how far we (haven’t) come • How being a librarian makes me a better writer: Xhenet Aliu on the fine art of controlled vocabularies • Alafair Burke on writing The Wife, a psychological suspense that feels made for the #MeToo moment • You, too, can live in a house of mirth! How to decorate your house (and arrange your books) like Edith Wharton • Nobody’s shithole: Gabrielle Bellot looks at the history of vilifying Haiti and the Caribbean, from Pat Robertson to Donald Trump • On Barbara Comyns, outsider artist, who produced Gothic masterworks without a formal education • A 100-year history of the covers of Virginia Woolf • Mary Shelley: Abandoned by her creator and rejected by society? • Celeste Ng talks to Mira K. Lee about craft, identity, and lifting up fellow writers • 11 pop songs for literary people (this one’s for you, folks)

A Merman of the Deep: from 1962, Mary McCarthy on Nabokov’s Pale Fire • On the occasion of her birthday, a 103-year-old review of Edith Wharton’s The House of Mirth • This week in Secrets of the Book Critics: author and critic Charlotte Shane on the fragility of authors’ egos • Mother to Us All: In the wake of her passing, we look back at the writing of Ursula K. LeGuin • Back in 1972, Toni Morrison smacked down a racist biography of Angela Davis • Dystopias, coffin-makers, the King of LSD, and more all feature among our Best Reviewed Books of the Week

How Nursing Led Me Back to Writing 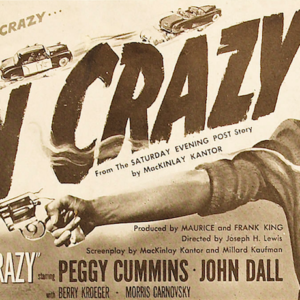