Legendary novelist and short fiction writer Ursula K. Le Guin died on Monday at her home in Portland, Oregon, at the age of 88.

In her long career, Le Guin wrote a bit of everything: fiction, essays, books for young people, a craft manual, and ten volumes of poetry. She wrote fantasy, SF, realism, yes, but mostly she operated in her own special brand, plucking what she liked from whatever category. As she told the New York Times, “I don’t want to be reduced to being ‘the sci-fi writer.’ People are always trying to push me off the literary scene, and to hell with it.” Well, there’s little danger of that. Still, she is perhaps most famous for her early, genre-bending, speculative work: A Wizard of Earthsea (1968) and its sequels (1971-2001), The Left Hand of Darkness (1969), The Lathe of Heaven (1971), and The Dispossessed (1974). Her most recent book, No Time to Spare, was published only last month.

She was a feminist, a Taoist scholar, a nerd, and a hero to many writers, including yours truly. Now that she’s gone, you may want to read this delightful interview with Le Guin about age, commitment and her writing process (“Like Joan of Arc, I’m hearing voices!”), or listen to her talk to Paul Holdengraber about celebrity culture and the blurry lines between fiction and fact, or rail against The Great American Novel (“Art is not a horse race. Literature is not the Olympics”). You may simply want to get a writing lesson from the master. (“The sound of the language is where it all begins. The test of a sentence is, Does it sound right?”) Whatever you do, go read more of her books. But in the meantime, for a little light in this moment of darkness, some advice on how to live the rest of your own life, from a woman who lived hers exceptionally.

“Nobody who says, ‘I told you so’ has ever been, or will ever be, a hero.” —from The Language of the Night: Essays on Fantasy and Science Fiction

“I have never found anywhere, in the domain of art, that you don’t have to walk to. (There is quite an array of jets, buses and hacks which you can ride to Success; but that is a different destination.) It is a pretty wild country. There are, of course, roads. Great artists make the roads; good teachers and good companions can point them out. But there ain’t no free rides, baby. No hitchhiking. And if you want to strike out in any new direction—you go alone. With a machete in your hand and the fear of God in your heart.” —from “Fifteen Vultures, the Strop, and the Old Lady”

“To learn which questions are unanswerable, and not to answer them: this skill is most needful in times of stress and darkness.” —from The Left Hand of Darkness

“There’s a point, around the age of twenty, when you have to choose whether to be like everybody else the rest of your life, or to make a virtue of your peculiarities.” —from The Dispossessed

“Belief in heaven and hell is a big deal in Judaism, Christianity, and Islam, and some forms of doctrinaire Buddhism. For the rest of us it’s simply meaningless. We don’t live in order to die, we live in order to live.” —from an interview with Vice

“Machoman is afraid of our terms, which are not all rational, positive, competitive, etc. And so he has taught us to despise and deny them. In our society, women have lived, and have been despised for living, the whole side of life that includes and takes responsibility for helplessness, weakness, and illness, for the irrational and the irreparable, for all that is obscure, passive, uncontrolled, animal, unclean — the valley of the shadow, the deep, the depths of life. All that the Warrior denies and refuses is left to us and the men who share it with us and therefore, like us, can’t play doctor, only nurse, can’t be warriors, only civilians, can’t be chiefs, only indians. Well so that is our country. The night side of our country. If there is a day side to it, high sierras, prairies of bright grass, we only know pioneers’ tales about it, we haven’t got there yet. We’re never going to get there by imitating Machoman. We are only going to get there by going our own way, by living there, by living through the night in our own country.

So what I hope for you is that you live there not as prisoners, ashamed of being women, consenting captives of a psychopathic social system, but as natives. That you will be at home there, keep house there, be your own mistress, with a room of your own. That you will do your work there, whatever you’re good at, art or science or tech or running a company or sweeping under the beds, and when they tell you that it’s second-class work because a woman is doing it, I hope you tell them to go to hell and while they’re going to give you equal pay for equal time. I hope you live without the need to dominate, and without the need to be dominated. I hope you are never victims, but I hope you have no power over other people. And when you fail, and are defeated, and in pain, and in the dark, then I hope you will remember that darkness is your country, where you live, where no wars are fought and no wars are won, but where the future is. Our roots are in the dark; the earth is our country. Why did we look up for blessing — instead of around, and down? What hope we have lies there. Not in the sky full of orbiting spy-eyes and weaponry, but in the earth we have looked down upon. Not from above, but from below. Not in the light that blinds, but in the dark that nourishes, where human beings grow human souls.” —from Le Guin’s 1983 commencement speech at Mills College

“Writers I’d have liked to be as good as, although not like? . . . Charles Dickens. Jane Austen. And then, when I finally learned to read her, Virginia Woolf. Shoot for the top, always. You know you’ll never make it, but what’s the fun if you don’t shoot for the top?” —from a 2013 interview with the Paris Review

“There’s a tendency in American culture to leave the imagination to kids—they’ll grow out of it and grow up to be good businessmen or politicians. . . One of the troubles with our culture is we do not respect and train the imagination. It needs exercise. It needs practice. You can’t tell a story unless you’ve listened to a lot of stories and then learned how to do it.” —from a 2017 interview with LARB

This is what I don’t want: I don’t want what men have. I’m glad to let them do their work and talk their talk. But I do not want and will not have them saying or thinking or telling us that theirs is the only fit work or speech for human beings. Let them not take our work, our words, from us. If they can, if they will, let them work with us and talk with us. We can all talk mother tongue, we can all talk father tongue, and together we can try to hear and speak that language which may be our truest way of being in the world, we who speak for a world that has no words but ours. I know that many men and even women are afraid and angry when women do speak, because in this barbaric society, when women speak truly they speak subversively—they can’t help it: if you’re underneath, if you’re kept down, you break out, you subvert. We are volcanoes. When we women offer our experience as our truth, as human truth, all the maps change. There are new mountains.

That’s what I want—to hear you erupting. You young Mount St. Helenses who don’t know the power in you—I want to hear you. I want to listen to you talking to each other and to us all: whether you’re writing an article or a poem or a letter or teaching a class or talking with friends or reading a novel or making a speech or proposing a law or giving a judgment or singing the baby to sleep or discussing the fate of nations, I want to hear you. Speak with a woman’s tongue. Come out and tell us what time of night it is! Don’t let us sink back into silence. If we don’t tell our truth, who will? Who’ll speak for my children, and yours?” —from Le Guin’s 1986 commencement address at Bryn Mawr

“Honestly, orthodoxy concerns me about as much as it concerns your average jackrabbit. I only follow rules that take me where I want to go. If there aren’t any rules, I make up my own (and follow them strictly).” —from an interview with Michael Cunningham at Electric Literature

“People who deny the existence of dragons are often eaten by dragons. From within.” —from A Wave in the Mind

“The way to make something good is to make it well.

If the ingredients are extra good (truffles, vivid prose, fascinating characters) that’s a help. But it’s what you do with them that counts. With the most ordinary ingredients (potatoes, everyday language, commonplace characters)—and care and skill in using them—you can make something extremely good.” —from Steering the Craft

“The whole process of getting old—it could have been better arranged. But you do learn some things just by doing them over and over and by getting old doing them. And one of them is, you really need less. And I’m not talking minimalism, which is a highly self-conscious mannerist style I can’t write and don’t want to. I’m perfectly ready to describe a lot and be flowery and emotive, but you can do that briefly and it works better. My model for this is late Beethoven. He moves so strangely and quite suddenly sometimes from place to place in his music, in the late quartets. He knows where he’s going and he just doesn’t want to waste all that time getting there. But if you listen, if you’re with it, he takes you with him. I think sometimes about old painters—they get so simple in their means. Just so plain and simple. Because they know they haven’t got time. One is aware of this as one gets older. You can’t waste time.” —from a 2013 interview with the Paris Review

“Go on and do your work. Do it well. It is all you can do.” —from A Wizard of Earthsea 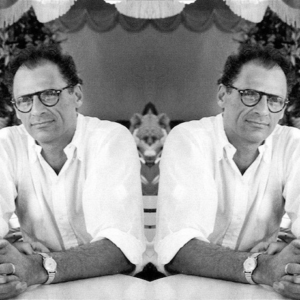