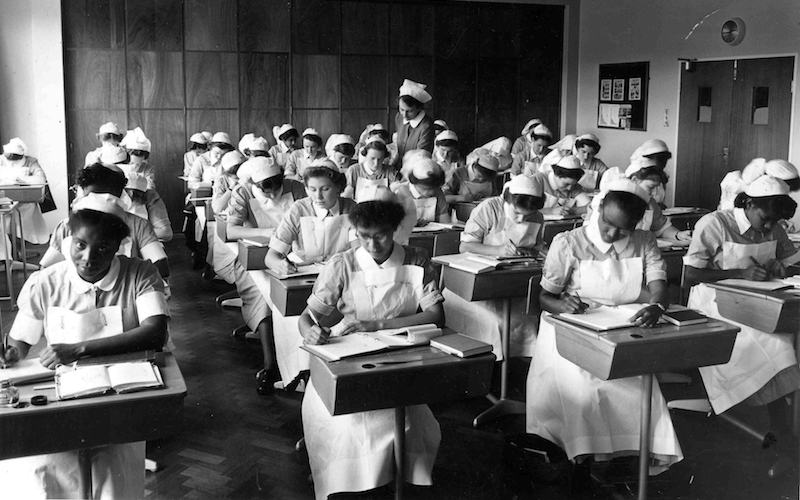 How Nursing Led Me Back to Writing

Emma Glass Rediscovers the Importance of Storytelling in an Unlikely Place

I never wanted to be a nurse.

When I was in my early teens, my mother was training for her nursing registration and I remember thinking to myself “I could never do that, I would never want to do that.” I was enormously proud of her work ethic, her respect for others and her ability to go back day after day, to give her time, energy and love. But I also saw her exhaustion, worry, and sadness when the outcomes for her patients weren’t positive, or what she hoped for them. She was often physically and emotionally drained. I remember asking her “is it worth it?” And she would unfailingly say, “yes.”

My mother had always felt a desire to help and care for people. I believe it was a feeling ingrained in her being, an inherent nature. It was not a feeling I recognized in myself.

Nursing was a necessity for me.

I graduated from university with a degree in English literature and creative writing and the vague dream of becoming a writer. But the practicalities of life soon washed over any ideas I had of embarking on a career in writing. It wasn’t enough just to write. I needed purpose—and I needed the money. I found it difficult to get work directly after university. I was too qualified for some jobs, not qualified enough for the rest of them. My aimlessness took me very quickly to despondency. I was soon thick-set with hopelessness.

Nursing was a cure.

I thought a lot about what I wanted from a career; ultimately from life. The word that came most prominently to my mind was usefulness. I wanted more than anything to feel useful, that my life would have purpose, that I would never just be taking up space. Although I could never identify the feeling, that deep-rooted need to care for others, I felt attracted to the prospect of being entirely consumed by a profession that would require a change in mind-set, energy and commitment. I was drawn to the economy of nursing. I thought a lot about my mother’s experiences, the exhaustion and the heartache and something that had once deterred me, now appealed. I felt guilty for spending three years at university, studying for a degree which did not equip me for working life. I was ashamed for giving up so quickly. I believed that I deserved to be pushed physically and mentally, to commit to a profession that transcended work, that bled into all the creases of my life and would hold me to account.

On the first day of nursing school, my shame grew.

I was surrounded by people, happily chatting, so pleased to meet like-minded people, people who had always dreamed of becoming a nurse, who finally had the opportunity to live their dream, who could draw on that inherent nature, that urge within them to care and cure.

And there I was, fraudulently smiling and nodding. Crying inside.

I diligently took notes and asked questions in lectures, hoping that if I immersed myself in the theory and science, the feelings would follow.

My first placement was on a surgical plastics ward. I clung to the qualified nurses like a midday sun shadow. I absorbed every morsel of knowledge and skills they could share. I waited for a switch to flick, for the moment when I would know I was meant to be a nurse, to know that the need to care was always there, just buried. My family and friends asked me had I made the right choice. I avoided answering as much as possible.

The work was hard and the hours were long. There wasn’t much time to think about what I was doing, to think about anything. I still felt unsure. When placement ended and I was back at university, I sat quietly listening to the other students. A few left the course after that first placement, certain that nursing was not for them. The remaining students were excited. I felt alone, still not knowing, still not quite convinced. I was glad of the hard work, felt encouraged by my routine and coveted my exhaustion; no one could tell me I wasn’t trying. But I was excruciatingly aware of the absence of feeling I had towards my work.

I often thought about writing, but I never tried. It was out of reach now.

One of my patients, an elderly lady who was terminally ill and bed-bound, had skin the color of oatmeal, her white hair was billowing clouds and I would change her sheets, wash her and dress her in a clean night gown. I would tuck in the sheets and comb her hair. She wasn’t able to talk but her dark eyes would smile at me, as I would carefully bring porridge to her lips and wait for her to finish her mouthful.

The first injection I ever gave was to a prisoner, who was handcuffed to the bedrail and accompanied by two policemen. I was careful to avoid the tattooed areas of his skin.

I helped a gentleman who had suffered from a stroke up off the floor after he had become unsteady on his feet in the shower. He was grateful that I tried to maintain his dignity whilst helping him up, placing a towel over him and helping him into his dressing gown as soon as he could stand. The gentleman died two days later following a second severe stroke and I sat with his wife and held her hand. I went home and cried. And I went back the next day.

I had been keeping a notebook during placement, to scribble notes on conditions and techniques for the clinical skills I was learning. I hadn’t realized until I reached the end of the first year and looked over my notes that I had also been writing small observations, characteristics and quirks about the people I would encounter. When I looked back at my scribbled notes, I saw evidence of the feelings I thought I lacked. I was making connections every day. I was returning with enthusiasm, I was pushing aside my exhaustion and my sorrow. Patients needed me, but more than that, I needed them.

They listened to my stories.

I was surprised to learn that I had been telling stories to my patients, drawing on my knowledge and experience from my literature degree to think of creative ways to communicate with patients based on their needs. I became aware of this, following some feedback from a nurse who had been supervising me. She had heard me explaining a procedure to a young child who needed a wound redressed. She heard me then explain to the child’s parents and remarked on how well I had communicated with them and how much easier the procedure went because of my explanation to the child. For the first time in a long time, I thought about writing, but I still wasn’t ready, I still needed to focus.

I soaked up every glimpse of life. I was granted a level of intimacy, without question. I saw sacred moments of life and death. The observations I made as a nurse were far more detailed than watching someone walk down the street, or meeting someone in the pub. The tactility of nursing is unlike anything I’ve ever known. Marks on skin are mapped. Blood components are balanced. Drugs are dosed and delivered. Care is given and care is felt. Finally, closely felt.

I still don’t believe I was born with the passion to nurse, but I believe it grew, more quickly than I realized. And now that I know it, I want to write about it.

Trying to be both.

There are so many untold stories, original lives that I encounter daily. I am enthralled with human beings and human nature, often overwhelmed by ideas for stories.

I fell out of love with writing for a long time. I felt so much frustration from not knowing where or how to start. But now I have balance. My work informs my writing and my writing helps me in situations where I need to be creative to help improve the experiences of patients. I finally feel a sense of balance in my life and I’ll always to be both nurse and writer.

Peach, by Emma Glass, is available now from Bloomsbury.

Emma Glass was born in Swansea. She studied English Literature and Creative Writing at the University of Kent, then decided to become a nurse and went back to study Children's Nursing at Swansea University. She lives in north London and is a research nurse specialist at Evelina London Children's Hospital. Peach is her first book.

When Being a Disabled Writer Means Being an Educator 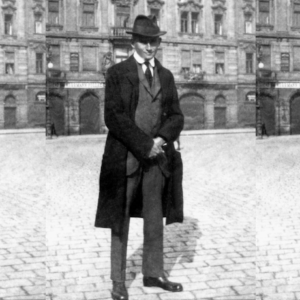