Jennifer Egan on the eternal power of The House of Mirth • Merve Emre on being edited by Elena Ferrante • Martha Cooley on the decades-old mystery that inspired her novel: the T.S. Eliot-Emily Hale letters • Kiley Reid recommends five novels about caregivers • Take another trip back to Neverland with J.M. Barrie’s handwritten Peter Pan manuscript • All signs point to reading in the decade’s first Astrology Book Club • Steve Inskeep on the tumultuous rise and fall of John Frémont, American adventurer turned politician • Before beauty vlogging, there were Renaissance “Books of Secrets” • On the obscure editions of Jane Austen novels that made her internationally known • What a forgotten novel can teach us about

immigration in 2020 • On John Brown and the rise of the radical Republican abolitionists • Lee Matalone on walking the thin line between truth and fiction when writing about family • Life at the end of American empire • Anthony Marra says goodbye to his favorite place on earth, Trattoria Contadina • Kristin Iversen profiles Anna Weiner • Nicholas Shaxson looks at recent books about the power of global finance, and the untaming of corporations • On Garth Greenwell’s revolutionary erotics • Indigenous forest defenders around the world are dying anonymous deaths • On Ralph Ellison’s two inviolable identities • Andrew R.M. Smith explains how LBJ’s War on Poverty changed a young George Foreman’s life • Amber Tamblyn on a woman’s right to choose • On contemporary minimalism’s maximal lies • Sarah Knight on how to just f*cking say no • The enigma of Delmore Schwartz, the luminous poet who fell from grace

The new Little Fires Everywhere trailer is lit in more ways than one. 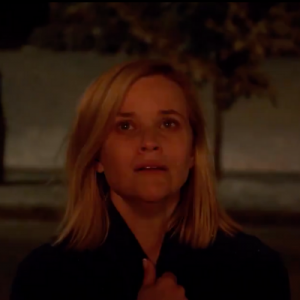 The new Little Fires Everywhere trailer is lit in more ways than one.

As you, devoted reader of The Hub, might recall, just before the holidays we were gifted this teaser trailer for the TV adaptation...
© LitHub
Back to top