I have a confession to make: I thought it distinctly odd that Norton asked me to translate The Art of War. Perhaps I am too used to gender stereotypes, but like many women who came of age during the Vietnam War, I shy away from violence (verbal and physical) and regard myself as a near-pacifist. Unsurprisingly, I associated the Chinese Art of War with “Kill, kill, kill,” since my first awareness of the text’s existence came during the early 1970s, soon after Brigadier General Griffith introduced his translation as a way to “know thy enemy.”

By report, Ho Chi Minh, General Giap, and Mao Zedong knew The Art of War more or less by heart.  In truth, I doubt that I would have accepted Norton’s kind invitation to translate had not three graduate students (all male) persuaded me that time spent on this classic would prove rewarding.

They were right, of course. For The Art of War is a classic, not just a military classic, in the same sense that Thucydides’ Peloponnesian War is a classic, rather than a military classic. It is not only that The Art of War might as well be named The Art of Life, since it famously advises readers (originally all powerful men at court) to avoid war, by any means, if possible, on the two cogent grounds that it is far too costly a substitute for diplomacy and long-term strategies, and that the outcome is never assured, given all the variables at play.

Equally importantly, the Art of War, like Thucydides, conjures the entire spectrum of human motivations that lead the already ultra-powerful to seek more power through violence. Then, too, The Art of War is interested in what I call the “politics of the common good” essentially, inquiring what sort of leadership can create a stable society in which domestic disruptions and painful divisions are at a minimum. In conversation with the so-called “Confucian” Classics, The Art of War imagines a three-pronged approach, wherein the vast majority can be brought to identify with good leaders, without imposing much conformity, as those leaders have shown themselves to be humane and deliberate when serving the people’s needs, desires, and interests.

But even the most benevolent power cannot do without the occasional resort to surveillance and to punishment, lest a small minority bent on destruction rip the social fabric apart. That said, The Art of War disdains macho displays; indeed, the classic specifically enjoins leaders who would excel in battle or statesmanship not to engage in “shows” of strength, in lines like “A victory that does not surpass the understanding of the vulgar crowd is not the best sort of victory.” Glory is not the goal in the Art of War, in other words. No Mission Accomplished banners fly high in the sky.

How to build enduring trust in one’s own community is the ultimate thrust of The Art of War, a lesson for our times.

Instead, by its definition good leaders devise careful plans to confer the long-term advantages of safety and well-being on as many as possible, preferring this mode of operation to spectacular short-term wins spelling trouble down the road. Ergo the quiet charisma and exemplary self-discipline of the good leaders who discern that such dedicated service is neither moral nor pragmatic, but both.

For when old friends and allies and even the recently won-over are treated with consideration, sooner or later the leaders can count on their allegiance. How to build enduring trust in one’s own community is the ultimate thrust of The Art of War, a lesson for our times, if ever there was one, reeling from the “Decade of Distrust.”

I hail from Kentucky, a border state in the Civil War, whose state motto (coined by Lincoln, no less) is “United we stand, divided we fall,” and that is the underlying message of The Art of War. Clearly, Trump and his ilk believe that The Art of War, like The Prince, teaches clever people how to sow dissension. This is a stupid way to parse the text, requiring cherry-picking of the most benighted sort. For the continual refrain of The Art of War is to forge unity at home, lest your enemies seize the opportunity to “create gaps” by their spies, counter-spies, and fake news. (In classical Chinese, the same graph means “gaps” and “spies.”)

Crucially, The Art of War concludes with a series of historical cases where the disaffected few toppled great empires, primarily because they were capable of envisioning a more just society, which rallied the masses to their cause. Justice, according to The Art of War, presupposes wide consultation with different interest groups, whenever any dangerous move is contemplated, and from chapter 1 to the very last chapter of The Art of War, we see consultation in action.

The initial battle plans are first reviewed in the ancestral temple, so that the ancestors may indicate their pleasure or displeasure through divination. Once in the field, the good commander sees to it that the lines of communication are open between himself and his men, since both face a common threat and the loss of one is a loss to all.

I see The Art of War as a timely antidote to the dismaying trend whereby governments, companies, and universities trust to their Big Data algorithms, half of them of surprisingly poor quality or ill-adapted to the purposes put to them, and all of them promoting—enthusiastically and irresponsibly—”abductive demonstrations” that infer pseudo-scientific propositions whose validity no single person or organization can begin to assess, generating what one smart writer has called “dead zones of the imagination.”

I ask myself, Does it really make a difference, in the end, that I am the first woman to translate The Art of War?

The Art of War reminds us of the immense range of human experience and feeling, also that people are not Pavlovian creatures to be led easily by carrots and sticks, and we hold such contradictory views that our “considered” judgments are apt to turn on a dime. Eschewing abstractions, this classic returns us, time and time again, to the human scale and the extraordinary deeds that men (and women) find themselves capable of, given the right situation:

On the day these officers and their men learn that they have been called to do battle—whether they have been sitting around in camp or lounging on the ground—each man will react to the news by sobbing until the tears soak his cheeks and collar. But throw them into a situation with no way out and each man will display the monumental courage of a Zhuan Zhu or a Cao Mo.

There is also the special asset that The Art of War ascribes to the good leader: having the ability to pick the crucial moment when initiatives can succeed.  As Chapter 5 observes,

There are no more than Five Notes, yet the variations on them can never all be heard . . . There are but two battle strategies, the conventional and the surprise, but, used in combination, they produce an infinite number of variations.

Obviously enough, no text can do much to define this specific skill—let’s call it “virtuosity”—since virtuosity by its very nature produces a highly particularized judgment on what is likely a one-off situation. Nonetheless, the smartest thinkers of the early empires in China developed a keen sense of timing, lamenting the immense suffering that premature, immature, or insufficiently nimble acts usually summon.

I ask myself, Does it really make a difference, in the end, that I am the first woman to translate The Art of War? While translating this classic, I would have answered emphatically “no!”  After all, I approached the text the same way I approach every translation project, big or small: with patience and humility, anxious to catch the tenor of another time and place. Still, in retrospect, I suspect it mattered. In all likelihood, as a woman who has long made her way in a man’s world, I am more alert than to certain realities, I suppose.

For as Rebecca Solnit and David Graeber have both explained in hilarious yet sobering detail, to women is consigned the responsibility of “managing, maintaining, and adjusting the egos of oblivious and self-important men.” This task of interpretive labor entails trying to see things from another’s perspective, exhausting though this sometimes is. David Hume and Adam Smith once touted sympathy as the highest virtue attainable and the smart males of my acquaintance agree, as surely as did the compiler of The Art of War, who described all the tough men, on the eve of battle, uncontrollably weeping.

By contrast, preening males in my experience insist that they know the arts of everything, including The Art of War, by virtue of their sex. As a woman, I have doubtless read more Virginia Woolf than most men, and I have longed mulled over her curious statement that “The future is dark and that is the best way for it to be, I think,” so I find myself dwelling on the many passages in The Art of War stressing the unlikelihood that a human being will ever size up fraught situations adequately, let alone control them.

Prompted as much by that insight as by the geopolitical turns for the worse, I have decided that to confront the future, in the company of friends, with courage, fierce curiosity, and conscience is true victory, by the feminist reading of The Art of War. 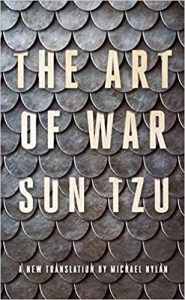 Michael Nylan’s translation of The Art of War is available now from Norton.

Michael Nylan is a professor of early Chinese history at the University of California, Berkeley. Her books include The Five “Confucian" Classics, China’s Early Empires, Analects: A Norton Critical Edition, The Canon of Supreme Mystery, Exemplary Figures, and Documents Classic. 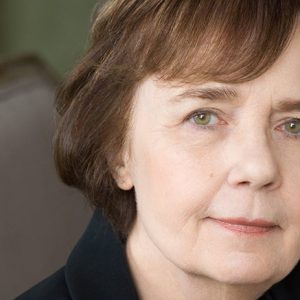 From colonial times when qualities valued for sought-after wives were that she should be civil and up to 50, to proposed...
© LitHub
Back to top
Loading Comments...