Anna Wiener never set out to write a book. “This all happened by accident,” she told me over the phone, as we talked about her new memoir, Uncanny Valley, which is not only an incisive insider’s examination of tech culture, but also a coming-of-age story of sorts—only, here, the punctured myths include things like the appeal of the 80-hour work-week, the perils of personal optimization, and the insidiousness of the technological surveillance state.

Despite the myriad aspects of Silicon Valley that seem engineered to be explored in exactly Wiener’s probing, mordantly witty, (very) occasionally hallucinogenic-fueled manner, she told me, “I never thought about writing about tech. It was just supposed to be my career.”

Even then, that career happened by accident; Wiener’s journey to Silicon Valley only seems inevitable in retrospect. After graduating from college in 2009—the worst year in recent memory, she points out, for those entering the job market—Wiener started working in publishing. This is where Uncanny Valley opens: A few years into her job at a New York literary agency, complete with “limp desk salads” and visions of grad school, Wiener was, like most of her publishing friends, “oblivious to Silicon Valley, contentedly so”; she was sure the tech world only really intersected with her professional life via a certain online megastore that, once upon a time, only sold books.

But the publishing industry was shrinking—“I felt so much uncertainty; [progress] felt so incremental.” And so, broke and part of the “privileged and downwardly mobile” class, Wiener made what could be viewed as the most—and even only—natural possible transition from publishing to tech, by taking a job at an e-book start-up, using the job as a springboard to leave New York and land in San Francisco. Once there, she entrenched herself in the tech world, first at an analytics company, and then at GitHub—called the “open source start-up” in the book—where she worked for a long stretch, becoming fully immersed in a totally new type of workplace culture, and more fully aware that the impact of Silicon Valley extends far beyond the disruption of brick-and-mortar bookstores.

First, though, about that workplace culture: The rumors are true, the tech industry is filled with people who regularly and unironically use words like “optimization” and acronyms like “DFTC” (Down for the Cause), see themselves as omnipotent online beings (“God Mode” is the term used to describe how employees access their system’s database), and insist that enthusiastically aligning one’s identity with one’s job should be all but mandatory. But then, too, as Wiener makes clear, as often as she met stereotypical tech bros, she also met undeniably brilliant people, whose desire to change the world goes beyond raising money for a driveway-rental app. Still, despite the efforts of those people who are earnestly motivated and want to do good things, the culture is dominated by massive egos, bad actors, and the callously ambitious, who, Wiener told me, equate living for your job with being “morally superior.”

“What’s the end game here?” Wiener said. “It’s all just capitalism.” The not-so-hidden truth is that while the “hustle-porn culture” and the demand for employees to subsume their professional identity is a hallmark of capitalism that’s easily identifiable in tech, it’s an insidious presence at a host of other major industries—like publishing.

“Both industries encourage a certain type of identity,” Wiener said, “or, I felt that way in publishing, at least. And I liked that identity. I felt pretty comfortable in it; I had a lot of good friends that I met through publishing; I liked the commitment I felt. But it was also a relief to move into another industry where no one really cared about what I cared about. While I missed that set of shared references, I also felt really liberated from being on top of things culturally, and being cool—there really isn’t a premium on being cool in tech, and there was such a premium on being cool in publishing.”

Wiener laughed, “Although, I don’t know that anyone would call publishing cool, but the cultural capital that I had and that was valued in New York had no value in San Francisco, and there’s actually something really refreshing about that. It sort of felt like letting my guard down.”

And why not? Haven’t most of us, to one extent or another, let our guard down when it comes to incorporating tech into our lives, without really interrogating its larger meaning? It’s head-spinning to think of how, over the course of the last decade, my friends and I went from joking about how Facebook was evil to getting serious about how Facebook was, well, evil; because, while it’s long since become cliché to say that 2016 changed everything, it’s still true that Trump’s election made it impossible to see social media platforms as benign, and forced anyone with a political conscience to question their passivity when it came to Zuckerberg, et al. It’s humbling to think about how every tossed-off question about how Google could possibly know that I needed to buy new boots when all I did was talk about getting a new pair had a definitive answer: Google was listening, and privacy has become an illusion.

And just as pretty much everyone I know has come to their own personal reckoning with tech’s influence on society, Wiener’s journey took her to that same place of questioning everything around her. Luckily for us, she was in a position to write about it, and did so with razor-sharp acuity, making it possible for us to not only understand the allure of tech office culture, but how its existence is an offshoot of a society that has grown to prize neoliberalism and the cult of the hustle.

“It was a lesson in ambition,” Wiener said. “You have all this capital, and that can encourage an environment where [achievement] just feels boundless. There both is and isn’t a rulebook for achievement.”

While tech culture might not have its own playbook (or, for that matter, a defined set of ethical guidelines), Wiener hit her own limit after a few years, and started to make her exit. “I’d just let burn-out consume me,” she said. “Or, not burn-out, but a certain feeling of defeatedness. At a certain point, I was making a six-figure salary, and I just felt like I could stop being ambitious—which I think illustrates bigger problems in my own relationship to that work.”

Wiener’s first real step toward a new chapter in her career came when she published a fictionalized account of working in tech for literary journal n+1, where her editor, Dayna Tortorici, encouraged her to keep exploring the topic. “I had so much fun writing the n+1 piece and I was like, I should probably just keep doing this, because I hadn’t had that much fun writing anything in awhile.”

Although the n+1 piece was the catalyst for what would become Uncanny Valley, it was the 2016 election that gave Wiener a different sense of urgency when it came to writing her book. “Suddenly it seemed like what I had thought would go on forever was coming to a close really quickly,” Wiener said. “And I didn’t really know what that era was, but I knew that it had ended, and I wanted to document that, because it felt like everything was changing in the industry and the world.”

What has resulted is an assiduously revealing look into a culture that secretly revels in the ease with which it can be satirized, secure in the knowledge that as long as the masses are laughing at how tech titans survive on Soylent and Bulletproof coffee, they won’t be paying attention to the neo-Nazis behind the anonymous Twitter eggs. By refusing to make easy jokes about the industry (or, at least, by refusing to do only that), Wiener has provided readers with a valuable guide into a world that can seem all but opaque to anyone on the outside.  “My ambition for the book is that it’s useful,” Wiener said. “I think it can be very politically useful, culturally useful, to understand how people speak to each other, how they talk about what they’re building, how they interact, how they engage with the public that’s using what they’re working on.”

“What I tried to do was step back and think about how I would explain this to my children, or just to people in 10 or 15 years, about what was happening,” Wiener told me. “So, in trying to think about how I’d explain it to someone who just wasn’t there, that helped me get some distance and detachment from that material. And, if it seems like it’s being written for a historical record, that might be why, because I was trying to remove myself from the material as best as I could, just to get some emotional detachment.”

What has resulted is a revealing look into a culture that secretly revels in the ease with which it can be satirized, secure in the knowledge that as long as the masses are laughing at how tech titans survive on Soylent, they won’t be paying attention to the neo-Nazis…

Wiener was quick to tell me, though, that while the 2016 election made writing the book feel “like a more urgent project, because suddenly it seemed like what I had thought would go on forever was coming to a close really quickly,” she hesitates to think of it as being a definitive account of tech culture in the 2010s. She said, “I’m really wary of trying to speak for anyone other than myself, so the approach I tried to take is just to be an observer. And I’m sure I missed a lot, because you can only see what you see.”

And what you see, especially in such a fast-paced industry, tends to change shape and shift into something else altogether, right before your eyes, before you realize what’s happening. Which only, it should be said, makes it all that much more important to document, not least because, even as we think things are changing, all future developments are being built on a foundation that already exists, chaotic though it may be.

And that chaos is not without precedent: The rise of tech culture, with its sudden, explosive dissemination of information, shares a similar origin story with countless other technological advances, but perhaps its easiest parallel—one not difficult to draw, one that has been drawn before—is with the rise of the printing press, close to 600 years ago. The rapidity with which the printing press changed the world—inciting revolutions and reformations—is mind-boggling, and eerily similar to what we’re dealing with now. Only now, we have the ability to document these changes in real time, and are fortunate enough to have people like Wiener lucidly dismantle the inner workings of the companies that are both perpetuating our existing power structures, as well as reshaping them in their own images.

And, as Wiener made clear to me, “Silicon Valley is just one of the massive American institutions that reflect the interests and anxieties and failures of our time. It’s not the root of everything.”

“It’s just sort of a steroidal version of capitalism… It’s intoxicating. Until,” she said, “you’re hungover.”

James Wood: What is at Stake When We Write Literary Criticism? 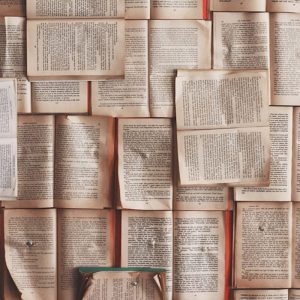 James Wood: What is at Stake When We Write Literary Criticism?

I was taught how to read novels and poems by a brilliant poststructuralist critic called Stephen Heath. I have an image in my mind...
© LitHub
Back to top