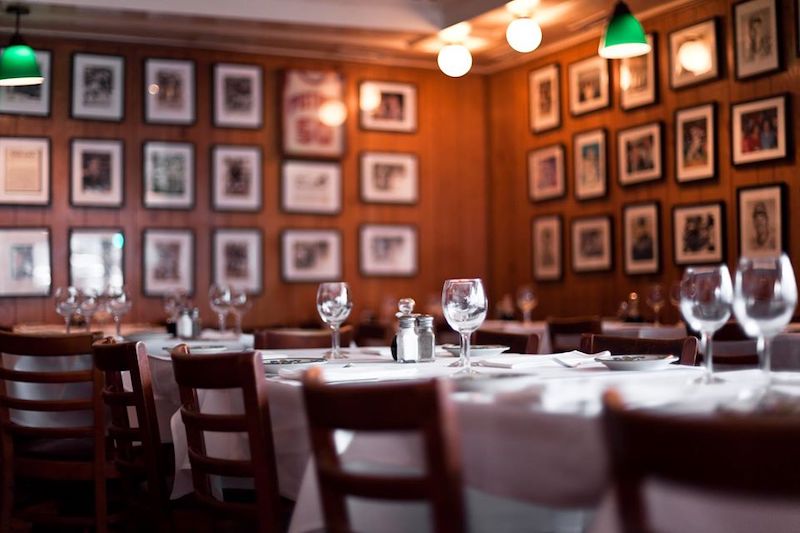 On Trattoria Contadina, and What a Restaurant Can Mean

When I moved to California for the second time, I spent several weeks with my aunt Margie—technically, my mom’s first cousin—who lived in the East Bay neighborhood of Pleasant Hill. While making lunch one day, I found a rusty butcher’s knife in Margie’s knife drawer. It was over a foot long and looked like it belonged to a horror movie clown.

“Oh, that’ll be Bill’s,” Margie said, smiling. Bill, Margie’s husband, had worked as a teamster delivering papers for the Oakland Tribune. Early one morning in the mid-80s, Bill was dropping off papers down by Lake Merritt when a man tried to kill him. It was winter. He was wearing leather gloves. He grabbed the knife and twisted it from the other man’s grip. The other man ran away and Bill stood there holding the butcher’s knife by the blade while geese beat their wings around him. He kept it as a trophy and lucky charm. Margie, who tolerates no clutter, told him that knives go in the knife drawer.

Bill was a big guy, always halfway into a story, a dapper dresser who could describe a pair of Ferragamo lace-ups the way a sommelier describes a Brunello. He seemed larger than life, and, in the end, was: he passed of lung cancer a year before I found the knife in the drawer. On the knife’s handle Margie has written precisely where and when Bill evaded death. The how and the why she won’t forget.

Margie’s daughter and son-in-law, Gina and Kevin Correnti, own and operate Trattoria Contadina, a North Beach institution that’s been in Kevin’s family for three generations. It’s at the corner of Mason and Union, only a block off Washington Square yet remote enough that any tourist you pass is likely lost. Per square foot, Trattoria Contadina is my favorite place in San Francisco, and, quite possibly, on Earth. It’s a place where wedding proposals are regularly popped and graduations celebrated, and simply walking in the door raises your odds of photobombing a fond memory. It’s an island of  consistency in a changing city. Most days, Gina knows most diners. The “new guy” in the kitchen started in 1986.

Per square foot, Trattoria Contadina is my favorite place in San Francisco, and, quite possibly, on Earth

Signed photographs of local luminaries, minor celebrities, and regular customers fill the walls. A few weeks ago, Kevin pointed to a faded Little League photograph inscribed to Kevin’s father in a child’s unsteady handwriting. “That’s him now,” Kevin said, nodding to the slugger at the bar. “He was signed to the Cardinals last year.”

Their bestselling dish at present is Il Diavolo, a penne pasta with ’nduja, burrata, shredded basil, and a spicy tomato sauce.

The recipe came to Kevin one night in a dream—this is also how the melody of “Yesterday” came to Paul McCartney, and both masterpieces carry me to similar heights of nostalgia (as my floridness attests). It makes me remember great-aunt Giuseppina’s kitchen, or the stories my father tells from his childhood; it is a day pass to a world I descend from but do not belong to.

When you’re halfway finished, Gina comes by to ask how your meal is. The question is less a matter of culinary enjoyment than one of mental competence, like knowing the correct year and sitting president. It is a question to which there is but one answer: “It’s perfect.”

There is one frame without a picture. It’s not on the restaurant’s walls, but directly across the street, in Gina and Kevin’s apartment. One day, while moving furniture, they found jotted measurements Bill had penciled on the wall when he helped Gina move in nearly twenty years ago. Gina bought a tiny frame, and set it over her father’s handwriting. If asked, she might say her father had been an artist.

I’d hoped to live in North Beach, but unless you’re grandfathered into the neighborhood through rent control, it’s largely unaffordable to the literary community that, along with Italians, made the neighborhood famous.

Instead, I moved to lovely, leafy north Oakland, into an old Craftsman divided into four units. It’s a perfect area for walking: to the coffee shop, or the bookstore, or the bar where on a Monday five years ago I met the love of my life, a Californian who is bringing me back east next fall.

As we discuss what we will bring and what we will leave, the biggest question has been the books. There are so many: beneath the bed, in the closet, lining the crawl space, towering on shelves, steadying the coffee table. They weigh many times more than the two of us combined.

One of those Little Free Libraries has recently appeared at the end of my block. It looks like a birdhouse for books. Now, on my walks, I leave a book or two inside. My large personal library evaporates, book by book, into this little public one. When the time comes, I’ll be light enough to leave.

The problem is that the little library seems to manufacture more marvelous books, and despite my intentions, I can’t resist the dog-eared Hilary Mantel, or the Toni Morrison annotated by a diligent student, or the Swedish thriller bookmarked with a takeout menu. I imagine that my own library is reassembled, book by book, inside a stranger’s home, and theirs is reassembled in mine, like tapestries we trade thread-by-thread through a keyhole. Every day, as I prepare to leave, I find another reason to stay.

Many of the Italians who built North Beach were “birds of passage,” young men who came to America intending to work awhile and then return to Italy. Many were illiterate and dictated their correspondence to professional letter writers. Back in the old country, other letter writers—or the village priest—would read the letters to their recipients and transcribe their replies. Some birds of passage returned home, while others stayed in North Beach and started restaurants. Over a long correspondence, the letter writers on either end would come to identify their counterpart through penmanship, grammatical errors, favored words. Perhaps they would wait as anxiously as the recipient for the next chapter to arrive. Over a long correspondence, two distant letter writers might live as neighbors on either side of a story, speaking only through the words of strangers that passed through their hands.

I am not leaving until the end of the year, but already I know how I will spend my last hours as a citizen of California. I will have dinner at Trattoria Contadina and then, in the morning, I’ll head to the airport. But on my way, I will leave this very volume in the Little Free Library at the end of my block. It will be the last book I leave behind, and I hope you read these words, neighbor, because we have exchanged so much but never our names, and it is beautiful to at last meet you, in this sentence, while there  is time to say goodbye.

Anthony Marra is the author of A Constellation of Vital Phenomena and the short story collectionThe Tsar of Love and Techno. He received an MFA from the Iowa Writers’ Workshop and was a Stegner Fellow at Stanford University, where he teaches as the Jones Lecturer in Fiction. He has lived and studied in Eastern Europe, and now resides in Oakland, California.

A Poem by Hannah Sullivan 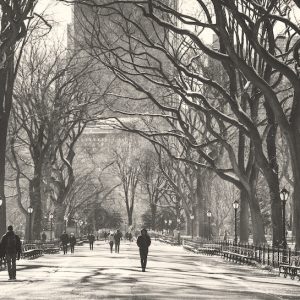 A Poem by Hannah Sullivan

3.31 What will survive of us? Larkin thought the answer might be “love,” But couldn’t prove it. “The...
© LitHub
Back to top
Loading Comments...