Before Beauty Vlogging, There Were Renaissance
‘Books of Secrets’

Meghan Racklin on the History and Alchemy of Self-Care

“Take two pigeons with white feathers and feed them on pinenuts for eight, or rather fifteen, days; then butcher them and throw away the head, feet, and guts; put [the rest] in an alembic and distill with half a loaf of sweetened bread and four ounces of true silver, three gold ducats, four heels of white bread that has been left to soften in goat’s milk for six days . . . distill all of this over low heat, and it will produce a most perfect water to give color to a pale complexion.”

I have never tried this recipe, but I think of its author—and Meredith K. Ray, who translated it—often as I look at myself in the mirror, morning and night, performing my own complex skincare rituals. In the morning, I use a 5.5 pH cleanser, then vitamin C serum for its antioxidants and its skin-brightening properties, a caffeine serum, a ceramide-rich moisturizer, and an SPF 50+ sunscreen; at night, I repeat the process, adding an oil cleanser to dissolve makeup and grime and swapping a prescription retinoid or glycolic acid serum.

The pigeon-and-pinenut recipe comes from a 1561 “Book of Secrets” entitled The Secrets of Lady Isabella Cortese. Lady Isabella may have been only a pen name—Cortese is an anagram of secreto—but her book went into an impressive seven printings at a time when printing was still young, probably due in part to its attribution to a purported noble lady.

So-called Books of Secrets like Lady Isabella’s were a new and wildly-popular literary genre during the Italian Renaissance. Written in vernacular Italian, they instructed an increasingly literate public in the pursuit of alchemy, making secrets previously circulated in Latin manuscripts amongst the educated elite more broadly accessible. Books of Secrets, as Ray explains in her book Daughters of Alchemy, negotiated a tension between accessibility and exclusivity. Books of Secrets were meant to be purchased and read, yet they framed the knowledge contained within as secret—and a secret only exists if it is secret from someone.

Alchemy, that negotiation of power and possibility, is now mostly remembered as the foolish and foolhardy pursuit of alchemical gold and an immortality elixir. But in Lady Isabella’s time, alchemy had a central place in the scientific culture of the Renaissance, with alchemists pioneering new methods of experiment and observation as they sought to transform one kind of matter into another. Alchemy was a kind of science, but one that made room for mystery and spirituality, sitting always alongside the occult and the esoteric.

The writers of the Books of Secrets knew that beauty is not mundane.

Moreover, alchemy, with its many applications, allowed the women of the Renaissance to bring scientific experiment into their daily lives, using its techniques in pursuit of gold and jewels, beauty waters and medicines. Lady Isabella encouraged her readers to experiment, but insisted that understanding the theory behind her recipes, understanding why, was a waste of time, warning her readers that “to reveal secrets causes them to lose their power.”

These techniques also extended to the pursuit of beauty, which Books of Secrets framed as a kind of alchemy. The beauty secrets divulged in these books employed alchemical techniques and ingredients, and alchemical instruction was often inextricable from recipes for cosmetics and skincare preparations; The Secrets of Lady Isabella Cortese contained both the recipe for a beauty water to give color to a pale complexion and a recipe for creating potable gold. Beauty recipes provided the promise of conforming to a Renaissance-era feminine ideal: recipes in popular Books of Secrets focused on smoother skin, lighter hair, smaller breasts. And alchemical instructions promised wealth or the illusion of it.

Isabella Cortese’s work, along with that contained in other Books of Secrets, is sometimes referred to as “practical alchemy,” and called interesting for its use of alchemy to address problems more mundane than the pursuit of the philosopher’s stone or the secret to eternal life—this, I think, gets it deeply wrong. The writers of the Books of Secrets knew that beauty is not mundane. Beauty, too, is a consequential and absorbing pursuit. The women of the Renaissance knew that beauty is a path towards a kind of power or a way to hold onto it; it is self-fashioning, image-making, politicking. Caterina Sforza, Countess of Forlì and foremother of the House of Medici, was known as a great beauty, an attribute that won her praise and influence in Italian courts and the Vatican. She actively sought out alchemical skincare and cosmetic secrets, carefully working to live up to a Renaissance ideal that enhanced her power. Beauty, like the grail of alchemical gold—and also like the recipes included in these books that promised to give a lesser metal the appearance of gold—is sought by those desperate for power, a risk and a dream.

Books of Secrets spoke of beauty in order to speak to a female audience, seeking to profit from women’s interest in and engagement with the emerging scientific culture of the Renaissance. The instruction provided by Books of Secrets allowed women to bring experimental technique into their lives and homes. But Books of Secrets, steeped in scientific culture at a time when science was still shrouded in mystery, made room for more than science. They made room, too, for alchemy’s mysticism and magic.

Today, much has been made of the way in which the skincare boom has provided an entry point into scientific study for women, encouraging scientific literacy and even encouraging some to seek out scientific careers. Brands continue to release products in bottles that would be as at home on a lab bench as a vanity, products with chemical names designed to be mixed, measured, titrated. Julie Beck noted in a piece for The Atlantic that “many skin-care fans have become citizen scientists—educating themselves and each other about what works and experimenting on their own faces.” And there is science there: retinoic acid has been shown to prevent collagen degradation, vitamins C and E can reduce oxidative damage to skin, niacinamide has been shown to reduce hyperpigmentation. But at times it seems that beauty now has been distilled down to a sterilized science, all of alchemy’s room for mystery squeezed out of the airtight packaging littering my bathroom counter.

What beauty demands, and what we want from it, is so far from scientific.

Like so many people I know, I have spent several years now immersed in skincare products, accumulating knowledge along with small, expensive bottles. It was—is—a coping mechanism in an uncertain world, and the accumulation of knowledge was a distraction. But it was also an attempt to marshall science to transform my relationship to myself, to my looks, from one that felt chaotic and destructive into one that felt managed, controllable, healthy. When I stripped my skincare routine down to streamlined scientific simplicity, though, I found it left me cold. The joy I had taken in it, the fascination I’d had with it, was no longer there.

What beauty demands, and what we want from it, is so far from scientific. To pursue beauty is to be constantly navigating the impossible tension of trying to make life in a body bearable, even joyful, amid ever-expanding standards that define what is understood as beautiful. Mainstream science is seen as objective and empirical; beauty is subjective and slippery. Science demands a question it can answer, a hypothesis to start from. But what we are asking from beauty is so far beyond those bounds: we are asking to be seen and loved, to be powerful or protected or both, to be seen as good and deserving in a world that equates those characteristics with beauty, to accept ourselves and be accepted. Our beauty practices may be experimental, but they are also ritual and refuge. Beauty has always been defined by social meaning; its questions do not have a purely scientific answer.

I have not given up on the ability of science to guide my skincare routine; I’m not throwing away my tretinoin or my chemical exfoliators or my L-ascorbic acid serum. I am trying to remember, though, that a perfect routine is not a solution to the problem of beauty. Books of Secrets were right to link beauty and alchemy; beauty, like alchemy, is a way of asking more of science than it can give. Alchemical pursuits gave us gunpowder and alcohol, but never gold.

Meghan Racklin is a writer based in New York. She writes about the politics of fashion, beauty, and bodies, and writes a bi-weekly newsletter on fashion and feelings. Her work has appeared in Man Repeller, Bitch, and Vox, among others. See more at meghanracklin.com. 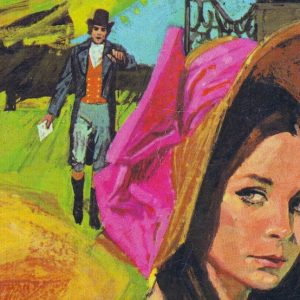 It is well known that Jane Austen’s reputation lay dormant for 15 years or so following her death in 1817. The orthodox...
© LitHub
Back to top