TODAY: In 1899, Herbert Putnam is appointed as the eighth Librarian of Congress.

Our favorite books of the year and our picks for the best literary adaptations of the year • Paul Hendrickson wonders what kinds of truth we need from our great poets • Samantha Ladwig on buying a bookstore at age 29 • Rebecca Worby on monoliths, cairns, hoodoos and other weird stuff people leave in the desert • Tina Turner talks about her spiritual practice and what she’s been reading during the pandemic • Lauren Martin: “the same way writers tackled the blank page was how I should tackle life” • Doreen St. Félix on June Jordan’s visions of Black future • On translating the little known 1970s Italian novel that anticipated the Anthropocene • Jessica Hagedorn on her “brainy, arty, fabulous” friend, Thulani Davis • On the undeniable appeal of a tiny, cold, beautiful island in the North Atlantic • On the dead male writers of Tinder, and what they mean for your romantic prospects • Shya Scanlon on Claudia Rankine’s masterful trilogy on whiteness in America • Nicole Brossard on the impossibility of saying everything • On being a Black American ex-pat looking for community in London • Wright Thompson on bourbon, books, and writing your way out of small-town America • Big Freedia on the song that started it all • Robert Kaufman and Philip Gerard on the texture of language, poetics, and linguistic dispossession in translating Jean Daive • Chris Dennis on his struggling with drugs, and life in prison • Can you imagine KISS in the Instagram era? • “Every digital device is, fundamentally, a video game: in its intellectual construction, in its logic” • Thomas Mullen wrote a novel about a terrible pandemic—14 years later his family got COVID-19 • On memorializing history’s darkest corners with a little absurdity • We asked Andrzej Sapkowski—creator of The Witcher—about the mythology behind his global bestseller • Mark Hage documents the private lives of shuttered stores • Kimberly Drew and Jenna Wortham talk social media, Black futurity, and the archive • Mary Gaitskill on Agaat, a novel of Apartheid-era South Africa • On the German writer who found a home on a remote English island • Robin Lane Fox reads some of the earliest medical texts in existence

The surprisingly dark history of gingerbread, from Maya Corrigan • Paige Shelton with 10 cold thrillers to make it through the long winter nights • Kia Abdullah interrogates our fascination with group misdeeds • Olivia Rutigliano on 10 (more) films you forgot took place at Christmas • The most interesting author interview you will ever see is this video of John le Carré from 1965 • Molly Odintz welcomes a new wave of vigilantes fighting for the oppressed • Les Egerton: in praise of hopeful endings and against nihilism • Jane Cleland learns, late in life, to take a second look • Brad Meltzer and Keith Farrell unveil the secrets of America’s Stonehenge • Andy McCarthy on Goodfellas at 30 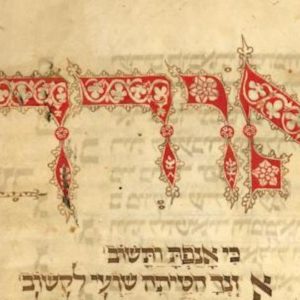 For Chanukah this year, we’re looking back—not back to the Maccabees, but still pretty far back. Today we're "shining...
© LitHub
Back to top