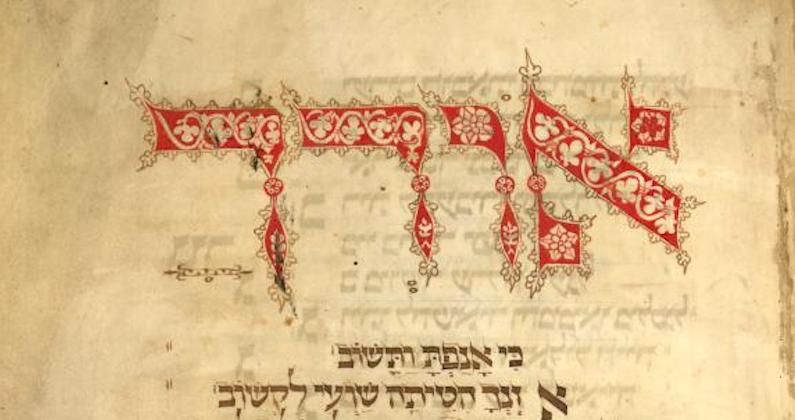 For Chanukah this year, we’re looking back—not back to the Maccabees, but still pretty far back. Today we’re “shining a light” (ha ha ha) on some medieval manuscripts that deal with Chanukah. Enjoy!

This 1156-page two-volume text is named after its scribe and decorator, who had a very particular design style: the initial words of many prayers and poems in the Mahzor are rendered in distinctive black-and-red embellished calligraphy, and sometimes given full-page multicolor illuminated word panels. The text contains both standard liturgical texts and piyutim, poems to enhance festive synagogue services on the Holidays and special Shabbats.  Below is one of the included piyutim, “Odekha ki anafta” (“I will praise You for though You were angry with me, Your anger was turned away”), a hymn for the first Shabbat of Chanukah: 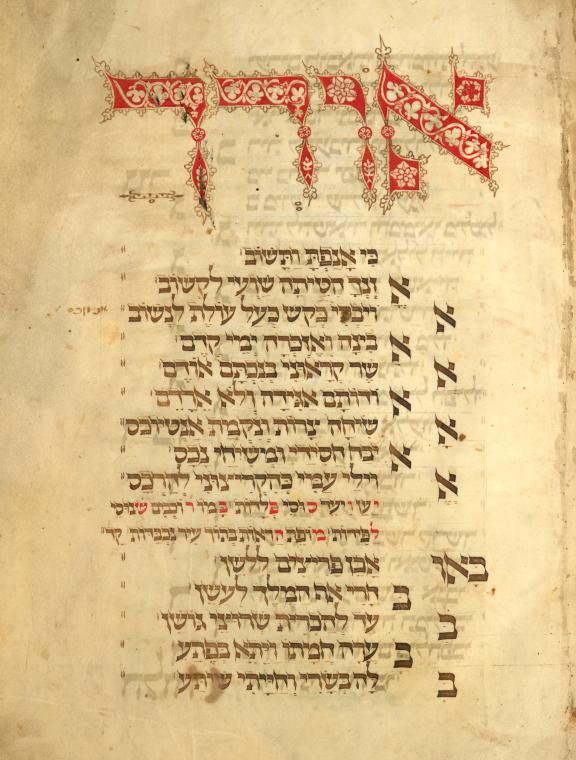 And here is “Shene zetim” (“Two olive trees”), a hymn for the second Shabbat of Chanukah: 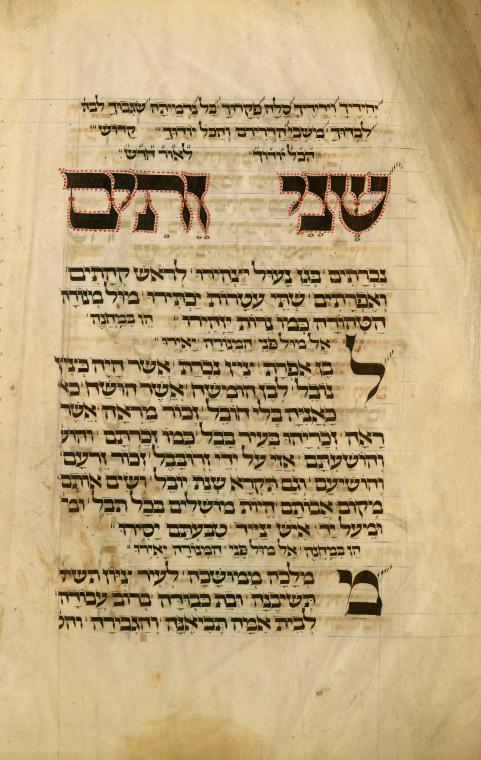 Funnily, a 19th-century English inscription on the inside of this Bible reads: “The date assigned to this MS by Mr Pettigrew  and marked on the binding is erroneous and arises from his having mistaken the note at the end of the volume for the date of the copy whereas it refers only to the birthday of the son of a former possessor of the MS.” Human error is timeless! Below is a full-page rendering of a menorah surrounded by Temple implements, in color and gold: 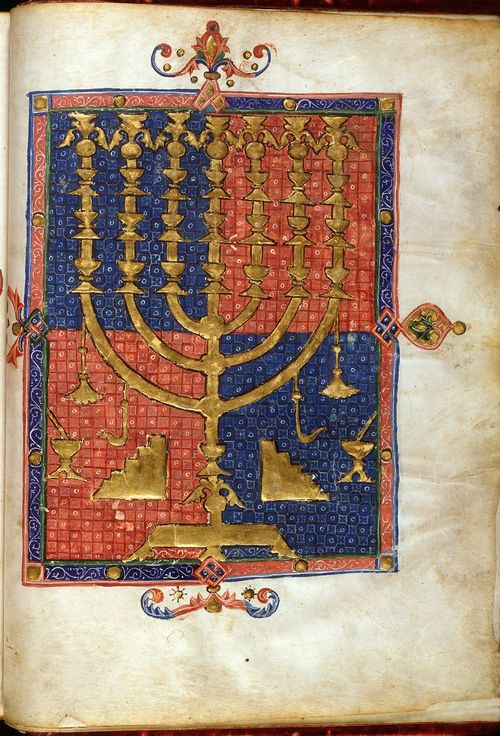 This Hebrew Bible was given to the British Museum by King George IV in 1823 as part of the library of King George III; the gold monogram of George III is still present on the red leather binding. This menorah and Temple implement rendering is also a full-page miniature: 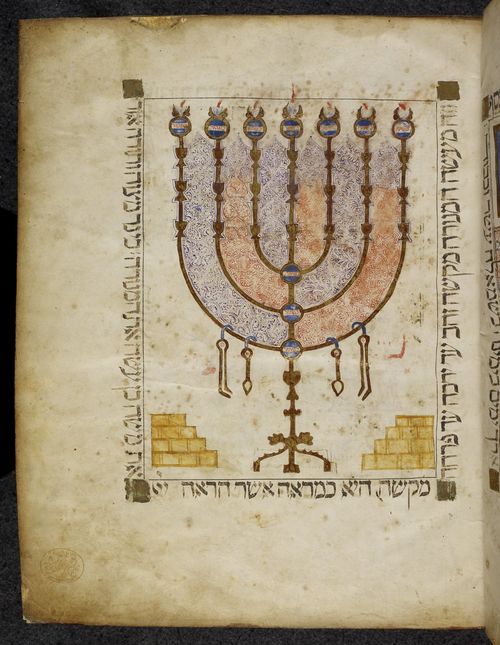 Decisions of Isaiah of Trani the Younger, 14th– to 15th-century Italy.

Look at this incredible detail of a guy lighting the Chanukah lamp: