Mark Hage Recounts the Origins of His Latest Book

We are all guilty of vain. Who can claim not. I had patronized Dean and Deluca in SoHo since the 1980s, when it looked like a boulder of luxe from outer space. I went sometimes daily and always told myself, I only do it so I don’t worry about what I end up buying in the hurry of my day. This had some truth to it. With markers like cookware of the grandes bourgeoisies hanging from hooks, that sent a feel as close to driving away in a Citroën as ever would, with surprising products you can only come across in Copenhagen or Duluth, you couldn’t help it. You overlooked the hungry in the world, you went with it, embraced the implied quality. But there was a seduction beyond this utilitas, that I am also guilty of, and aren’t we all?

Like the day, I decided to stand in front of three small knobby orbs that sat over a raised ceramic pedestal and under a glass dome with this hand written tag: “Alba white truffles, $1,850 a pound.” A price so shocking, I had to stop and stare. The man who manned the counter, a midwesterner with a chef’s hat, who one would guess went to culinary school, and who still had the manners of his ancestors, said: hello sir, you can bid on them if you wish. I asked him to repeat, and he repeated, and I said you mean like an auction? He said yes, you can place any bid. Against you? I asked. And he said yes, if you wish. So I was drawn into the game of priciness as sport, of those who dispense millions with a nod or a grunt behind an unmarked telephone. I decided to partake, maybe for the experience of it, or to try a fungus with that much panache.

I pointed at the most meager of the three, and I said, yes, that one, the small one. And it was comparatively small, like that third pyramid in Giza no one remembers its name, the off axis runt, and hopefully light on the scale, with no hidden densities beyond its declared diameter. He weighed it, and we played the game back and forth, and I could have done better, but then, would the taste have been the same? Would I have owned the admission that I was terrible at the horse trade? He held the truffle like a diadem on coronation day and lifted it up in the air to inspect it, and I could have sworn rays came out of it. He wrapped it in blue soft paper, placed it in a small white box just about big enough, and tagged it with their emblem. Then he put it in a large white shopping bag and handed it over with ceremony. I cringed, but I took the bag. At $78 I owned a story and a little bit of eminent toadstool in a grocer’s Tiffany box.

Change is a constant, but there was a point when suddenly it happened, to these pageantries, to play, to the neighborhood; a solidification of overwrought jargon with no modulation or counterpoint. A basic rule for living in a space is that you don’t fill every corner. It is the empty, the negative space, that gives relief to what occupies, to the artwork on the wall, to the color of its pastel. Slowly, then at once, every interior, every surface, every facet of life was mediated. Design itself was captured and became hostage and must, the vizier of social arrival, of access and aspiration. Everyone was to sell rays coming out of their toadstool, and everyone was to buy some. A blinding saturation. And what was authentic or remained humble, was ignored or banished to Elba. 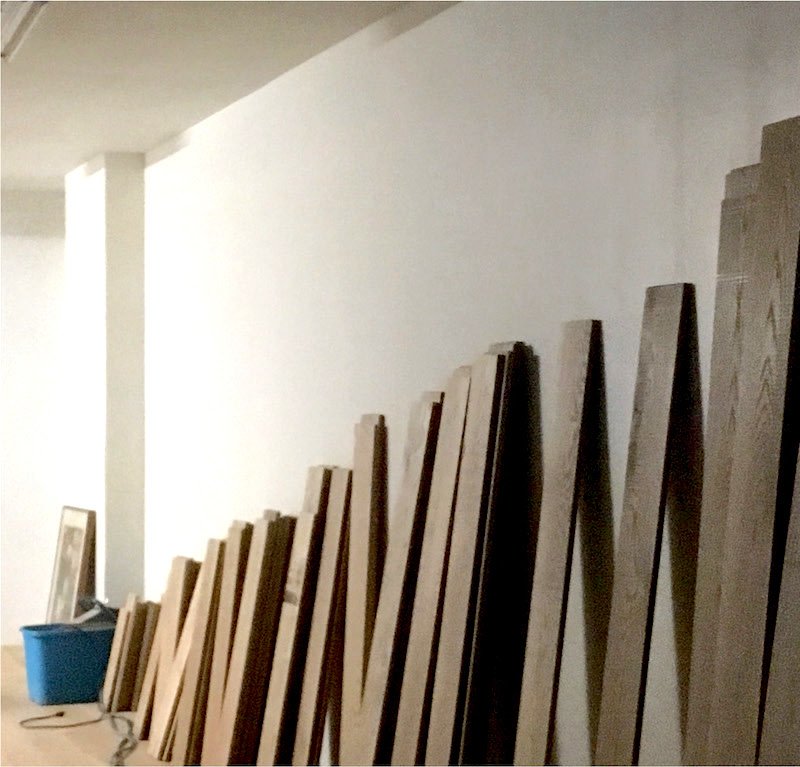 As fast as this gold rush took, the leveraged stores started shuttering at alarming proportions. Outside, those who only knew life and the metropolis as safe and accommodating strolled the sidewalks in packs, with certitudes or oblivion that you would just move aside for them off the curb and to the gutter as they walked straight at you. In 2018, from Houston to Canal, it felt, with the closures, like a force was at work to alter the city in a substantial way. Something mathematical and irreversible. At first and perhaps out of discomfort, I walked by the shuttered stores thinking of them as surface, without seeking depth or further understanding. But with time, I started to look inside, lingered, and began to photograph for Capital.

In his book In Praise of Shadows, Jun’ichirō Tanizaki writes about the Japanese sensibility for spaces and objects that embrace the opposite of light, the opposite of our present want. He speaks of surfaces, lacquer wear and shoji screens, whose tint is meant to come alive in dim lighting. This is diametric to our temperament, our permanent wattage, the whiteness of our shallow saucers and our polished utensils. He notes that enjoyment of an object starts when it is worn, soot and grime and patina, away from the obsession of a pasteurized baseline. A friend told me of a townhouse that has been redesigned three times in the past twelve years. The preceding interiors ripped out each time and redone for the new owner. In an economy of perpetual growth, we find ourselves in an uncomfortable relationship with vestiges, seeking comfort in replacement.

A basic rule for living in a space is that you don’t fill every corner. It is the empty, the negative space, that gives relief to what occupies.

The first photograph I took of an empty store was through a grimy storefront window on University Place. The store did not leave clues as to what it had been selling, and I couldn’t quite remember, but I had a suspicion it was the store where years ago I had bought a sofa as a college student, and dragged it up five stories to a flat on Thompson Street with a bathtub just through the entryway. A similar labor I suspect might have inspired Elisha Otis to perfect the elevator in the 19th century.

I walked the city, photographing hundreds of stores that had closed or failed, documenting their abandoned interiors. In these spaces a spirit of labors came through, anonymous hands that built the city. On one wall in Chelsea, demolitions had exposed layers of paint, colors overlapping in vogues from several generations. Pewter, lilac, coral, putty, Yves Klein blue, they held in perfect tension, art pieces by masters of the un-intention. In another store on Bleecker, an iron column cast in sand moulds and a slice of an original masonry wall were side by side, uncovered for the first time in a hundred and twenty years in my imaginings. What came of the people who built them? 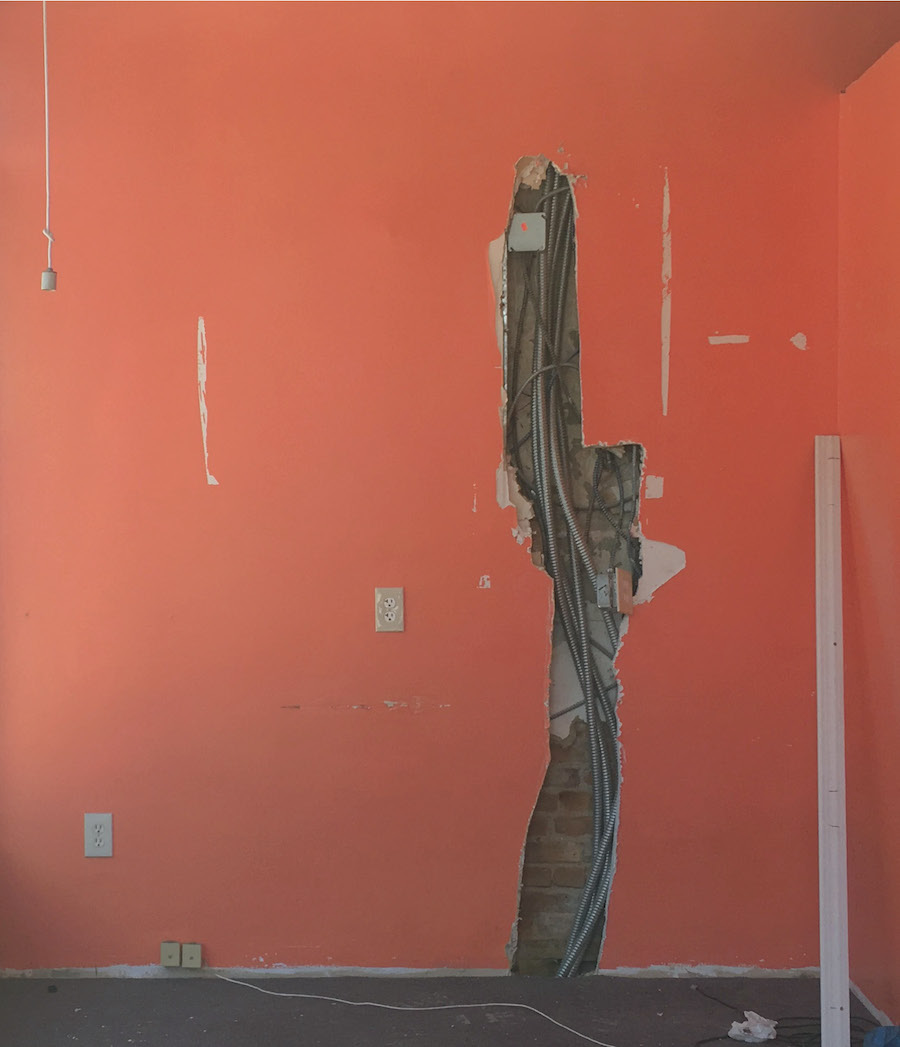 I once told a friend who specializes in lighting, that I don’t like the light in Tribeca, was I crazy? She explained, that neighborhoods in New York create their own kinds of luminosity regardless of the skyline, and that light in Tribeca was less saturated, brash, more aloof than a little further north. Perhaps in a magical realism kind of way, neighborhoods dim their lights and lower their attractiveness when we destabilize their balance. Just as I finished the photography for Capital the pandemic arrived. As I walked the same neighborhoods this fall, I wondered how to think about these empty stores. They were clear bellwethers for tragedy, but do they also offer potential for hope?

Last year, I took the elevator down, a digital screen had been installed near all the buttons, one you cannot turn off like in a taxi. The screen told me that this was not an elevator, that this was a moving office. I looked around at the other passengers, no one seemed disturbed. I exited and turned the corner, where years ago on Crosby, a few of us negotiated buying back from a man with a foldable table a friend’s coat that had been stolen from my car just a few hours earlier uptown. He was reasonable enough. I walked to Dean and Deluca. This was a few months before it closed. Sensible things had started to be put in place. Sensibility in certain conditions is death. There were napkins and bags without the printed store name, generic coffee cups, no take-all-you-want packets of mustard or mayonnaise. No excess. The workers I had known all these years were gone. The soup counter too. Rows of Poland Spring bottles were used to fill the empty shelves, but the bald spots were there. The woman who had always told me to wear a hat in cold weather was gone. For a while, I had ordered one small piece of Picholine olive bread at her counter daily. Our game became that she would guess my order in the mornings. Sometimes packing it and putting the scanner sticker on before I said my hello. I never contradicted her, even when I wanted something else. She once told me she was a product of the two nearby areas, half Little Italy and half Chinatown, and I wish I had asked her, even once, if there was something else she would have wanted to recommend. 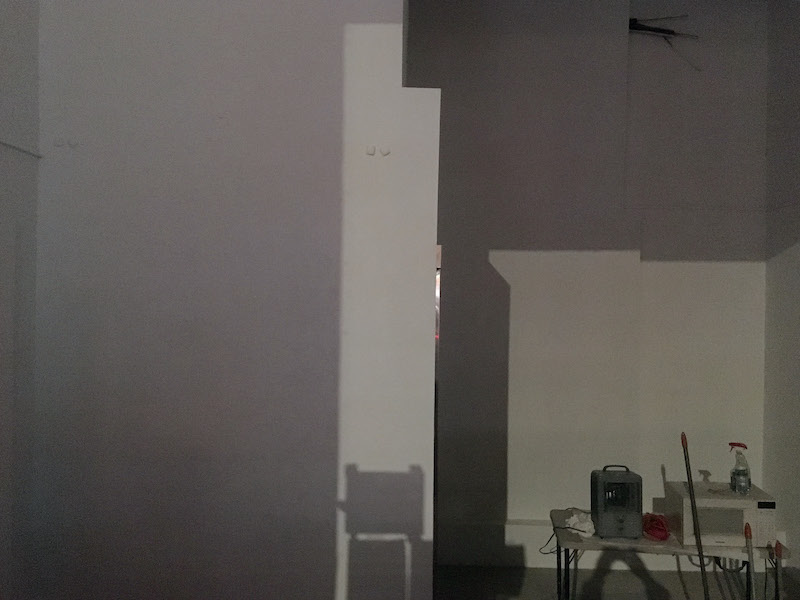 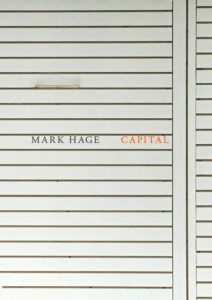 Mark Hage, long based in New York’s SoHo neighborhood, has taught at Parsons, Harvard, and Yale on the narratives of form and structure from ancient times to the present. His work has appeared in NOON and A Public Space, where he is a contributing editor.

It's Time to Expand Our Definition of the 'Sharing Economy' 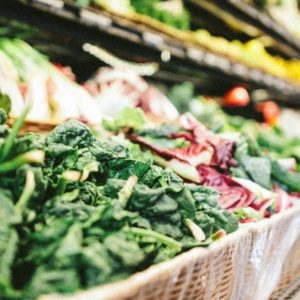 It's Time to Expand Our Definition of the 'Sharing Economy' The coronavirus pandemic is dramatically disrupting not only our daily lives but society itself. This show features conversations...
© LitHub
Back to top
Loading Comments...