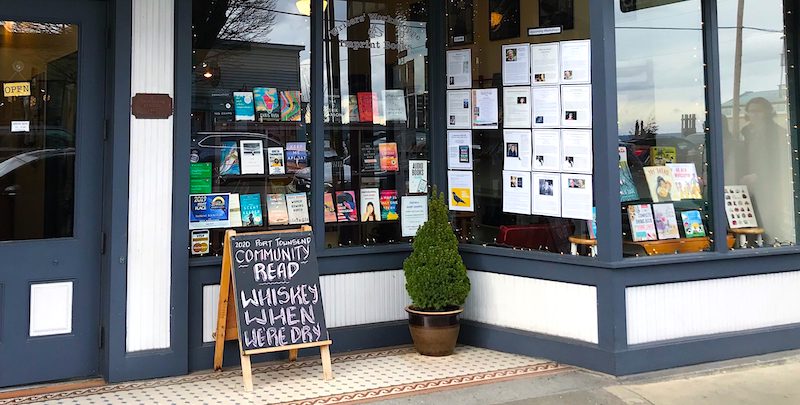 Why I Bought a Bookstore at 29

My local bookstore is long, narrow, and outlined in wooden bookshelves. It’s wedged in an old Victorian building that sits across from the Salish Sea, where orcas, seals, and otters are frequently sighted. It smells like paper and salt water, and holds some 3,000 titles that reveal to tourists the kind of community they’re visiting. Like all independent bookstores, it’s unique, unlike any other, but when I bought it a year ago it stopped being mine and became everyone else’s.

I have a habit of consuming my passions. I let them steer me at full speed down unknown roads, never pausing to wonder where it is that I’m heading until I’ve arrived. My love of film and history took me to Hollywood’s most treasured archives. My connection to writing brought me back to the Pacific Northwest. It’s not surprising that my obsession with books landed me on the doorstep of a charming bookstore.

It happened swiftly and naturally. I moved from Los Angeles to the Olympic Peninsula to write full time. My writing stems from reading, so I predictably located the town’s bookstore within the first week. I learned that in addition to events, they hosted writing workshops. Teaching and writing often go hand in hand, which is how I found myself on the schedule soon after. I spent my off hours browsing their shelves and it was in those quiet, solitary moments that a relationship formed. The bookstore became familiar, a place to re-center, to ground me during a tumultuous transition. It was fate when one of their booksellers mentioned an opening after we chatted about the financial challenges of freelancing. Two weeks later, I was behind the counter recommending books, dusting the shelves, and organizing the stacks. Six months after that, the owners sat me down one early morning and offered to sell. I was 28.

Our culture fixates on age. It defines achievement by it. The younger a person is, the more weight their success carries. There’s the 5 Under 35 and the 30 Under 30. There are authors like Sally Rooney and Fatima Farheen Mirza who list their birth year at the back of their books: 1991. Even Mary Oliver’s Upstream states that she was 28 when her first poetry collection was published. My accomplishments have always been rooted in my age. When I became a first-time business owner weeks after turning 29, though, being young felt more like a limitation.

I felt the shift in my relationship with the bookstore as I unlocked the door that first morning. The shelves, the books, the keys in my hand; everything took on a new meaning as it swung open. I tried not to let the responsibility of it all suffocate my initial excitement as I walked behind the counter, to let my love of books gently guide me into my new role. But I felt my age deeply as I woke up the bookstore. Instead of amplifying the event like it normally had, it betrayed me by becoming a visible indicator of my lack of experience. And just like that, insecurity set in.

The pandemic hit, and everything went quiet. Not a relaxed quiet or an exhausted quiet, but a shocked quiet.

The day was a complete bust, starting with the woman who felt personally attacked when she discovered that we didn’t carry her favorite author and ending with the store making less than $300. It set the tone for the following months, making the questions, the customer needs, the opinions, the criticisms, and the that’s-how-it-was-done-befores sharp and debilitating. I felt more exposed than ever. Shortly after taking ownership, I wondered what made it all worth it.

Then, the pandemic hit, and everything went quiet. Not a relaxed quiet or an exhausted quiet, but a shocked quiet, the kind of quiet where everyone and everything freezes, the stillness of it unnerving.

The morning I announced our temporary browsing closure, I had breakfast with friends at my favorite diner. My mind was jittery with awareness as they recounted their camping trip. A decision had to be made; a decision that the store had never, at least to my knowledge, had to make in its nearly five-decade history. I couldn’t focus. Michael Rosen’s beloved children’s book We’re Going on a Bear Hunt shouted at me repeatedly as I tried to come up with the best approach to handle the unhandle-able: “We can’t go over it. We can’t go under it. We’ve got to go through it!”

The outpouring of support was immediate. There were so many emails that I created a folder in my inbox titled Closure Kindness, a virtual reminder that pulled me back in when self-doubt came knocking. People felt as I did, felt as cautious as me. I found comfort in that realization and that comfort gave me the space to figure out how to move the bookstore’s operations online, writing workshops and all.

It was messy, imperfect, but it kept the bookstore afloat. In an effort to retain its distinctive charm, I added local author and poet interviews to our newsletter, as well as bookseller recommendations and a personal note, sometimes about the bookstore and sometimes about the value of small businesses in general. With the help of the community, we were able to gift books to local nonprofits, and the overwhelming amount of orders allowed us to donate sales from anti-racist titles to nearby organizations. It was twice the work for half the money, but there was finally meaning behind it.

Validation is a powerful thing, as was the realization that the community wasn’t showing up for me so much as they were showing up for the bookstore because they have the same kind of relationship to it that I once had. That is what sets independent bookstores apart: that connection, that gift of being able to say, “My local bookstore.” They’re unique, unlike any other, in their connection to, and curation for, their community.

I turned 30 in September, but the influence of my age has faded. I was forced to set that number aside when the bookstore moved online, and that separation allowed me to think beyond its 1,500-ish square feet. Turns out, it’s a lot. From collaborating with local businesses, libraries, and schools to donating to local organizations to spreading awareness, regardless of age, the bookstore, sustained by a collective effort, can work with the community, not just in it. I found my way back to the bookstore when I allowed my new relationship to it to coexist with everyone else’s.

Samantha Ladwig is a writer and the owner of Imprint Bookstore in Port Townsend, Washington. Her work has been published by Bustle, New York Magazine, Real Simple, Vice, Bust Magazine, and others. You can find her on Instagram or at her website.

Lauren Martin on Realizing Writing Advice Applies
to Life, Too 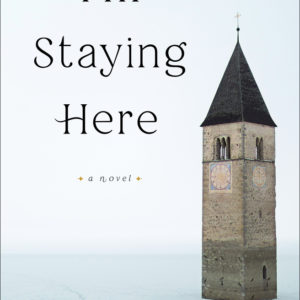 In the spring of ’23 I was studying for my high school diploma. Mussolini had waited until the moment I was taking my diploma...
© LitHub
Back to top