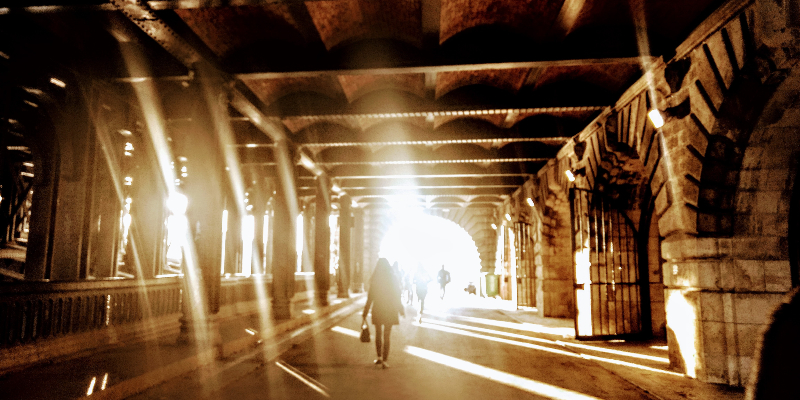 Paris, 27 November 1975
Yesterday, the world needed to be remade again. Luce and I are continuing our work begun in New York. But this time, we’re in an autumnal Paris. It’s my birthday. In an hour, I interview Simone de Beauvoir about American feminists. Has the author whose The Second Sex was an illumination for the women who became radical feminists been inspired in turn by these women capable of smashing the patriarchal lie?

I was worried, because the day before I had seen an interview Simone de Beauvoir had granted to French television. I had been disappointed. Not by her words but by the dutiful daughter. No body; only a mouth that moved, and sometimes her hands approved, rising lightly, imperceptibly above her knees. Let’s forget the body, I had thought in New York, but today I didn’t want to forget anything.

Yesterday is so alive and present in Paris. Paris is yesterday at every street corner. We are walking, camera and sound recorder on our shoulders toward Montparnasse. Visual, sonorous, all the senses are kindled in a flash. We shoot. We ask questions. And then, one day, this footage, very short, disappeared as though it had all never existed. Disappeared how? Mystery at the National Film Board. Travelling shot in the corridors, in the cafeteria. No zoom-in prospect. Yesterday, a little while ago, soon no history.

Let’s forget the body, I had thought in New York, but today I didn’t want to forget anything.

19 March 1983
Yesterday I thought that in a creative-writing workshop there ought to be at least one writing exercise with the words window, drawer, and mirror. After, we’ll see! Yesterday “maman died,” yesterday “everything swallows me,” yesterday “Cuba sinks in flames,” yesterday a text begins like this.

Yesterday, ante, haunted. The past haunts me in the intimacy of the journal. What exactly do you want from me? Literature that won’t look like literature? Writing that will not be writing? Do you want me to look cute? Memoirs, autobiography, journal, fiction. O! of course, you need to differentiate them, but who is to do that?

20 March 1983
Yesterday it would perhaps have been better for me not to go out. I went walking on Mount Royal. I should perhaps have gone to rue Saint-Denis where I could have met Yolande Villemaire, France Théoret, Pauline Harvey, or a girl from La Vie en rose. We would have begun by talking about the beautiful day, then about a coffee or beer to order, then about the book Sollers dared to title Women in the plural, or again, we would have returned to the subject in talking about the success of International Women’s Day last March 8th. One of us would have said that the latest issue of La Nouvelle barre du jour was excellent, then little by little we would come to the point of showing each other some book bought just a while ago at the Librairie Androgyne. We would have smoked five cigarettes for one beer, ten for two, and a whole package with the fourth. Another woman would have bought a Perrier with lemon, and still another would have asked for news of Julie Capucine and I of Claude or Jean-Paul.

Yesterday, I’m not expecting anyone. Yesterday, is like an island. It’s an island that disappears then re-appears. Yesterday is a sleeping volcano. At that time, it’s like today, with a mountain slope transformed by fire. A slope of the lunar landscape after having spit out fire. And the other slope, the untouched side? And the other slope?

In painting, in music, in writing, the white space is de rigueur.

It would have been better for me not to go walking on Mount Royal. But all that, the walk and the reverie, I only did that in order to write. It’s a closed circuit: I don’t go out because I must write and I’ll have nothing to write if I don’t go out. I need to go to the gynecologist, the dentist, to the department stores, I must go to Radio-Canada for an interview, I have to make an appointment for lunch at the Café Laurier, and I should call my mother, I must pick Julie up after her ballet lessons. It’s so beautiful outside, such good weather. Just the same I’m not going to begin to write down everything that’s running through my head. I no longer recognize myself.

I feel as though I am going to end up saying everything and the Id, it’s not very interesting. At any rate, one can never say everything. There are gaps, spaces. Blanks are inevitable. In painting, in music, in writing, the white space is de rigueur. The blank space is inseparable from fiction and from reality. Through the white space we engage the circumstances of writing as if entering into the invisibility of our thoughts. Others call white the void we need to fill in order to get to know society. Or again white, the vibrant luminosity that is eventually separated into the vividness of anecdotal colours. Blank of absence, white of full presence. One always has to begin again, like a particular day we’ll observe, a holiday, when the world is unravelled all around us. 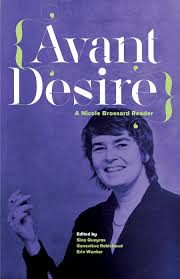 Two-time Governor General's Award winner for her poetry, Nicole Brossard has published more than thirty books of poetry, fiction, and essays since 1965. She has co-founded and co-directed the literary magazine La Barre du Jour (1965-1975), co-directed the film Some American Feminists (1976), and co-edited the acclaimed Anthologie de la poésie des femmes au Québec (1991 and 2003). Her work has been widely translated into English and Spanish and is also available in many other languages. Nicole has won numerous awards, including winning the Trois-Rivières International Poetry Festival Grand Prix Québecor in 1989 and 1999, the Prix Athanase-David in 1991, and the the first Violet Prize awarded by the Blue Metropolis Festival in 2018. One of her novels, Mauve Desert, has been presented as a multidisciplinary creation in 2018 and is slated for an opera adaptation in 2020-21. She is an officer of the Order of Canada, chevalière of the National Order of Quebec, and a member of l'Académie des lettres du Québec. Nicole currently lives in Montreal.

Finding Black Community in the UK as a Black American Expatriate 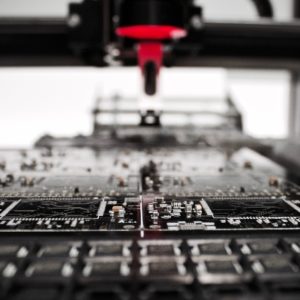 Paul Donovan's Profit and Prejudice: The Luddites of the Fourth Industrial Revolution (Routledge, 2020) is a great example...
© LitHub
Back to top
Loading Comments...