TODAY: In 1878, Alfred Döblin, author of Berlin Alexanderplatz, is born.

Lessons from a decade reporting on women during the Iraq War • On the novel F. Scott Fitzgerald never wrote • Amanda Lee Koe on her teenage role model, Marlene Dietrich • Nick Ripatrazone on how InterLibrary Loan will change your life • Tope Folarin on the misguided urge to carve the world into binaries • Elvia Wilk on a feminist understanding of weird fiction • From Doris Lessing to Toni Morrison, Julie Phillips on what contraception meant to a century of women writers • Some reasons to become a literary digital nomad—even if you fail • Elissa Altman on being her mother’s sole caregiver • On the pitfalls and power of the religious essay • On Nell Blaine and the young abstract painters of downtown New York • Kate McQuade on teaching a high school class in trauma literature • On the Oneida experiment and other failed utopias • Gov. Terry McAuliffe on white nationalism and the lessons of Charlottesville •

How the long persecution of the Rhineland Jews shaped Karl Marx • Steve Greenhouse on the false freedom of the perilous gig economy • Elliott Holt revisits Alison Lurie’s Pulitzer Prize-winning novel, Foreign Affairs, and reflects on the enduring appeal of expat lit • Brandon Shimoda on the work of five artists who explore Japanese-American incarceration and internment • On the history (and future) of YA and speculative fiction by Black women • Rick Moody on the curious case of the cursed Charles Manson autograph • When plastic grew on trees: a brief history of tagua • Brock Clarke on capturing the messy, individual voices of his hometown, Little Falls, NY • For the anxious historical fiction writer, Caitlin Horrocks offers some permissions for writing into the past • Eleven famous writers on the genius and influence of Shirley Jackson • Bhakti Shringarpure on the surreal, virtual worlds of Palestinian science fiction

“‘I don’t like mornings either,’ he said. “That’s why I’m a writer.” Happy Birthday, Dorothy B. Hughes! • Laura McHugh didn’t see her life reflected in pop culture—until she found rural noir • Curtis Evans revisits The Leavenworth Case, once the most popular mystery novel in the world, only to become the most reviled • 5 new psychological thrillers to read this month • “Nothing is ever easy in the world of crime fiction, so why should parenthood get a pass?” • Hallie Ephron rounds up 10 novels in which the narrators get everything wrong • Halley Sutton on Los Angeles’s Charles Manson-inspired bus-tours • Priscilla Royal on writing medieval mysteries for 21st century audiences • The best one-star reviews of Dostoevsky’s Crime and Punishment • Once Upon a Time in Hollywood isn’t as good as you think it is (and Bad Times at the El Royale is better)

Tolkien's estate to Amazon: "You shall not pass" (the Second Age). 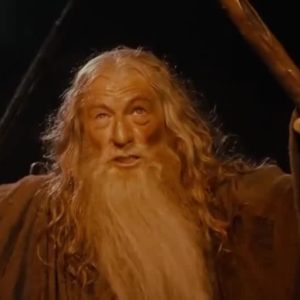 Tolkien's estate to Amazon: "You shall not pass" (the Second Age).

Here's a strange one: Amazon has run up against a potentially pretty significant impediment to their upcoming big budget...
© LitHub
Back to top
Loading Comments...