The Evolving Monologue in My Head Desde Saturday, August 3rd

Oscar Villalon on the Shooting in El Paso

Mexicanos, Chicanos, Latinx, o cualquier placa se quieren poner, have your hearts been as full of tenderness, as brimming with sorrow, as they are today? Through our tears over the slaughter of our brothers and sisters in El Chuco—a city that’s 81 percent us—did you not see something precious, something to be cherished and, so, protected?

Think about it. Where does the killer come to find us? At a Walmart. And what are we doing? Buying gear for back-to-school. Raising money for a youth soccer league. Eating McDonald’s inside that Walmart. He’s come to murder the invader and you know some of them are wearing cut-off T-shirts, camo baseball caps, cargo shorts and polos with football team insignias. In short, the killer is shooting at a mirror. In short, it’s too late—for him. Because there are more than 36 million of us. We’ve always been here, and we’re not going anywhere.

But we can be brutalized, as any community can. And so the number of dead stands at 22. But that number, si a los siglos nos vamos, is much larger. The death meted out to us by white people—by our fellow Americans—has come in swings of the scythe, whether at El Porvenir in 1918 (15 of us, unarmed, executed by lawmen; the oldest slain was 72, the youngest 15) or in San Ysidro in 1984 (shot to death by a “mentally ill” gunman; the oldest victim was 62, the youngest ni un año). And it’s been meted out to us one or two at a time, by police, vigilantes, and others of our fellow Americans.

What we do is honor our ciudadanos que nos aprecian como the soldier who tried to scoop up as many kids as he could.

How can this not hurt, even knowing what’s come before? Te recuerdas when California passed Prop 187 in 1994? When those of us without papers, including our children, would be forbidden from getting health care and education from a state where we’re 39 percent of the population? Remember what lo llamaron? The Save Our State initiative. Y lo que significa “187”? The California Penal Code for “murder.” What happened on Saturday was another attempt, carried out by a miserable wretch on the same page as a group of much more powerful miserable wretches, to terrorize us, to put us in our place. To deny us our value, our unquestionable American-ness.

Pero after 187, nos pusimos bravos and we got to it. We made our presence felt. LA got its first Mexican American mayor. And look at the Assembly and the Senate in Sacramento. How many more surnames like ours? How many more faces like ours? I think lo mismo va pasar con lo que sucedió en El Paso. Primero las lágrimas y después el coraje. I say this because we are Americans, meaning we try to embody the best of that ideal, meaning we won’t turn away from injustice—and we don’t back down from a fight. Punto. What we do is line up in triple-digit heat to donate blood. What we do is honor our ciudadanos que nos aprecian como the soldier who tried to scoop up as many kids as he could while shots were going off and got those babies to safety.

La charra sang “Amor Eterno” at that memorial, and as she did she was speaking to every one of us, and made manifest entre todos esos rostros our bravery, our determination to not let this depravity render us silent, render us powerless, and that should make us so proud. How precious our modest yet rich (but overlooked) lives are. And because estoy hablando a tí, I don’t have to rattle off the details about what makes us love our people, but if I had to let’s just say it’s Juan Gabriel y Madden y the Cure y cuentos y abuelitas y Selenita y church y boxeo y todo lo demas, mucho mas.

We have nothing to prove, raza. We know who we are. That white America hasn’t figured itself out, hasn’t definitively confronted the rot that has led them (and lastimamente, us) to where we are now tells you who has the searching to do, who, if we’re being uncharitable, can’t comprehend who the invasor might be in all of this, and can’t understand who’s an American equal to them, deserving of the same opportunities and security they have.

Pero ya saben todo esto, y saben que quizas nos van a tratar de matar otra vez, because before El Paso there was Gilroy. But whatever happens, we’ll bear this together, we’ll get each other’s backs. Because how can we not? It’s the land of the free and the home of the brave, y si no somos nada somos valientes. 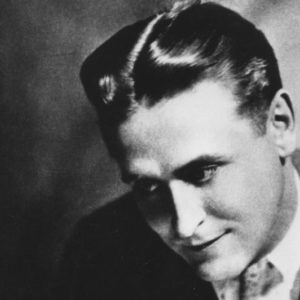