InterLibrary Loan Will
Change Your Life

The librarian greeted me, asked for my name, and scanned a shelf of books along the wall. She pulled one from the collection, and placed it on the counter—but left her hand on the book. She smiled. “Don’t remove this white band,” she said. “Don’t rip it. Don’t touch it. It will cause problems.” I nervously smiled in return. There is nothing more frightening than a confident librarian.

The white band on the book, as fellow devotees of the glorious InterLibrary Loan system know, contains all of the information to facilitate return of the item to the lending library. Removed bands slow down the system. And the last thing that I would ever want to do is hurt, in any way, a system that has been so good to me.

It all started when I needed a book about spontaneous human combustion, and I didn’t know what to do. I was in middle school, and I’d just spent the entirety of a party at my friend Brian’s house poring through Mysteries of the Unexplained, a bulky Reader’s Digest book about all things paranormal. I wanted to learn more about spontaneous human combustion, but both the Whippanong Library and the Morris County Library had nothing to offer me. My mom asked the librarian, who told us to try InterLibrary Loan. I was also obsessed with all things outer space, and InterLibrary sounds a lot like interplanetary, so I was excited.

My book arrived a few weeks later, a gift from a mysterious library in the Midwest. Here was knowledge on loan from afar. I loved books, but my local libraries had finite stacks—but now I could get books from anywhere. I have used this service an obnoxious amount of times since. Books about UFOs in France, folklore, saints, basketball, poetry, and propulsion system dissertations—anything.

By the time I started using the system in the late 1980s, InterLibrary Loan was standard practice for paranormal-obsessed amateur researchers, students, scholars, and anybody who needed a book that couldn’t be found locally. Libraries have lent and borrowed books from the 8th century to the present, including monasteries. Teresa Miguel-Stearns, director of the Yale Law School’s Law Library, notes that in 1212, the Council of Paris “encouraged monks to establish a separate collection of books within the monastery for loan to members of their communities. This was considered an important showing of mercy to the poor.”

These regional lending systems were based on agreements, and often subject to the whims of those in power. Nicolas Claude Fabri de Peiresc, an influential 17th-century French researcher and astronomer known for his ability in collecting rare texts, attempted to “establish a kind of interlibrary loan system between the Royal Library in Paris and the Vatican and Barberini libraries in Rome”—according to historian Francis W. Gravit. For stubborn bureaucratic reasons, it never happened.

It is comforting to delude ourselves that everything is available online, but there’s a wealth of significant material that remains only in print.

Librarians wished it would. Samuel S. Green, the librarian of the Worcester Public Library in Massachusetts, wrote on September 4, 1876 to the Library Journal: “It would add greatly to the usefulness of our reference libraries if an agreement should be made to lend books to each other for short periods of time.” Green’s request was met with skepticism. Basil Stuart-Stubbs, former university librarian at the University of British Columbia, notes that the Boston Public Library “loaned books to other libraries in New England during the 1890s”—but nothing close to a national service existed.

Then Joseph C. Rowell, Cal-Berkeley’s first full-time university librarian, said “the growing demands of scholars, incapable of satisfaction by any one library, and the economical management of library finances, unitedly prompt a closer relation, a vital union, between the larger libraries of our country.” His InterLibrary Loan system started as a relationship between the University of California campuses and other libraries, and his stipulations in the late 1890s have remained fairly standard practice to this day: borrowing libraries are responsible for securing and returning books, and must pay for the item’s delivery and return; librarians must keep detailed records of patron receipt and usage (those white bands), and rare or frequently used texts “may be loaned only at the discretion of the librarian.”

Although it has evolved since Rowell’s early days, InterLibrary Loan continues to be an essential resource—even in the digital era. It is comforting to delude ourselves that everything is available online, but there’s a wealth of significant material that remains only in print. The Online Computer Library Center (OCLC), which maintains WorldCat, reported 280 million ILL requests since the organization began in 1967, including 6.9 million in 2018 alone. Last year’s top-requested titles included books by Tara Westover, Jordan Peterson, and Celeste Ng.

InterLibrary Loan services are sometimes included in library budget cuts—the perception being that the service is not essential—but as Heather Robinson, chief executive of the St. Thomas Public Library in St. Thomas, Ontario said when their service was cut, the loss of InterLibrary Loan affects rural communities the most. The same is true in America—where swaths of people need libraries for internet access, let alone the wealth of knowledge afforded by a book sharing service. InterLibrary Loan is also essential for the democratization of research: you would be hard-pressed to find an acknowledgments page in a book of academic scholarship that doesn’t include the phrase “interlibrary loan.”

Even in an age when we can buy most any book with a single click, the InterLibrary Loan system remains a beautiful creation—and one that is often free. It is also a pleasant metaphor: we are loaned knowledge from afar, but we have to take care of it. Just remember not to tear that white band. 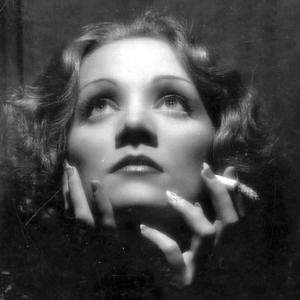 “Don’t be afraid,” the counselor reassured me, “I’ve been briefed on your case and I have a lot of experience in this...
© LitHub
Back to top