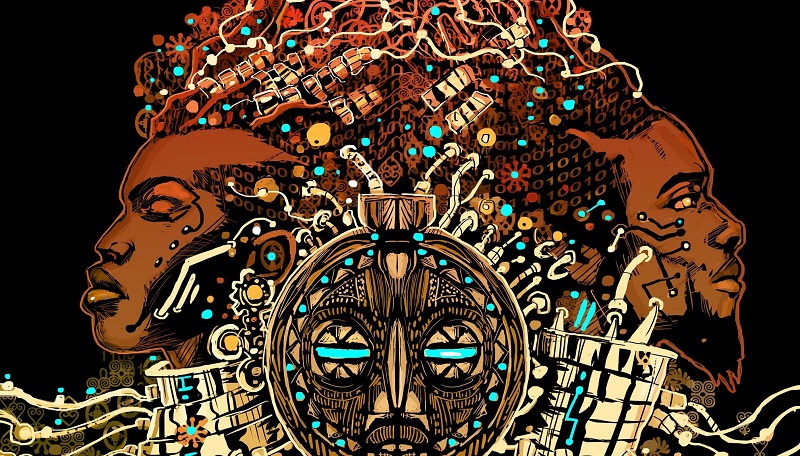 In his poem “Harlem,” Langston Hughes asked, “What happens to a dream deferred?” It was a prophetic inquiry, one that questioned a society in which Black people continually faced racial injustice, even though the nation’s ideals were supposedly predicated upon building the “land of the free.” Of course, many Black and Brown people know that the American Dream was never meant for us, a dream that would be deferred in perpetuity. In fact, if speculative fiction novels in the 1950s (the time “Harlem” was published) were any indication, the dreams of Black and Brown people would never come to fruition, especially if those Black and Brown people also happened to identify as young women or girls.

Last year, however, an earthquake occurred, signaling a shift in the hardened crust of the YA speculative fiction (YASF) world. L. L. McKinney published A Blade So Black, a contemporary restorying of Alice in Wonderland featuring a cosplaying Black girl from Atlanta. Justina Ireland published Dread Nation, an alternate history narrative that centers an unapologetic Black girl who must navigate a zombie uprising. Tomi Adeyemi published Children of Blood and Bone, a fantasy novel that centralizes Black girl magic when a ruthless king attempts to eliminate all magic from the world. Dhonielle Clayton published The Belles, a narrative that follows a beautiful Black girl who learns that there is a price that comes with society’s infatuation over socialized norms of aesthetic beauty.

Alongside the 2018 phenomena of Black Panther and A Wrinkle in Time, YASF written by Black women authors and prominently featuring Black girls pushed through the small publishing fissure that has historically limited the telling of these stories. These authors were attempting to realize a dream that has been deferred for far too long.

Although last year provided the earthquake, multiple foreshocks began long ago, as Black women YASF authors used their words to ensure that Black girls’ dreams did not dry up, fester, or sag. In 1986, Virginia Hamilton published The Magical Adventures of Pretty Pearl, a story that mixes Black folklore, legend, and myth. For a while, Hamilton was one of the only Black women publishing YASF, but eventually, more authors were able to push through cracks, creating tremors that led to the current shift.

If I saw a Black girl in a story at all, we were suffering from a life of slavery, enduring racism and fighting for our civil rights, or disappearing into the background. I was never the hero.

I grew up watching X-Men, Star Trek, and The Secret World of Alex Mack. I also loved reading the Animorphs series, as well as anything written by Ray Bradbury. However, the YA speculative novels published last year would have been unfathomable to young me, a dream that seemed too far-fetched to ever exist. If I saw a Black girl in a story at all, we were depicted as suffering from a life of slavery, enduring racism and fighting for our civil rights, living a life of poverty and struggling to survive, dealing with psychological trauma and physical violence, or disappearing into the background as a wise-cracking secondary or tertiary character. I was never the hero, the zombie slayer, or the magic wielder. I was not allowed to have that dream.

Sadly, though, our YASF reading histories were similar. When I asked what books they remember reading during middle and high school, their responses mirrored the narratives I had grown up with. Though 235 Black women noted that they read science fiction on their own during middle and high school, fewer than 30 had read Octavia Butler. No one remembered reading Gomez or Hopkinson, three remembered reading Morrison, and, only one person had read Due or Blackman.

Of course, memories are fickle. It is possible that the women did read a Black woman speculative author at some point. It is possible that they read Naylor or Morrison and didn’t classify these texts as speculative. Nevertheless, I noticed how similar our speculative histories were—while white authors dominated the imaginative, Black authors waited on the sidelines (or just did not exist). Ray Bradbury, Anne McCaffrey, Stephen King, Madeleine L’Engle, J.R.R. Tolkien, H.G. Wells, and Isaac Asimov were highly represented. C.S. Lewis, Mary Shelley, Margaret Atwood, and Orson Scott Card were also acknowledged multiple times. Black authors of speculative fiction were minimally recognized.

The last question of the survey asked respondents to share additional comments about their science fiction reading experiences, and many discussed the need for more Black girls in speculative fiction by adding comments like:

“I no longer wish to wedge myself into heroines that don’t mirror my race and gender.”

“It’s important to me to know that black women have space to dream of a future and dream of technology that exists to nurture black life.”

“It would be nice to see more readers like me represented in SF.”

“What are the consequences of only imaging a white-centric future? That means no progress has been made.”

The imaginative landscapes available for my generation were limited; yes, we still read speculative books, but those books were often, as Dr. Rudine Sims Bishop stated, windows. We saw views of speculative worlds, always on the outside of imaginative realms eagerly looking in, searching for full, nuanced visions of ourselves. The speculative hopescapes for the next generation, however, are more promising.

Dhonielle Clayton’s sequel, The Everlasting Rose, was published by Freeform Books in March. A Dream So Dark, the sequel to L.L. McKinney’s novel and Children of Vengeance and Virtue, the sequel to Tomi Adeyemi’s book, will be released this fall by Imprint and Henry, Holt, & Company, respectively. Deathless Divide, the sequel to Justina Ireland’s novel, will be published by HarperCollins in February of 2020.

The speculative hopescapes for the next generation of Black YASF, however, are more promising.

Additionally, new Black female YA authors will be debuting books in the next several years. Rena Barron will publish Kingdom of Souls with HarperVoyager this September. In October, Charlotte Nicole Davis will publish The Good Luck Girls with Tor Teen and Amanda Joy will publish A River of Royal Blood with Putnam. Tracy Deon Walker will publish Descendants with Simon Pulse in the summer of 2020, and J. Elle will publish Wings of Ebony with Simon & Schuster in 2021. With the influx of YASF written by Black women, current Black girls may see their dreams realized.

Still, there is a rush of mainstream anger that arises whenever Black girls are represented in speculative fiction (e.g., #NotMyAriel when actress Halle Bailey was chosen to play the main character in The Little Mermaid, and backlash against Amandla Stenberg playing Rue in The Hunger Games). Readers still push back against Black female writers in the speculative fiction community, and many Black authors are still locked out of the speculative genres. So, we must acknowledge that this new wave of Black female YASF authors is not supported by everyone in the reading and publishing community.

Nevertheless, YASF published by Black women in 2018 restructured the world of publishing, helping to lift the heavy load of delayed dreams. But, what will happen when the initial wave has ended? Will we revert to the deferral of Black girl’s dreams, or will we let the small fissure in the publishing world explode?

Stephanie Toliver is a PhD. candidate in Language and Literacy Education at The University of Georgia with an emphasis in reading education, literature, and language arts. She is also a 2019 NAEd/Spencer Dissertation Fellow. Her current research is based in the critical tradition, analyzing young adult speculative fiction in an effort to promote social justice and equity in the English classroom. Within this research area, she focuses on representations of and responses to people of color in speculative fiction texts to discuss the implications of erasing youth of color from futuristic and imaginative contexts. Toliver’s research interests include speculative fiction, social justice education, and Black girl literacies. 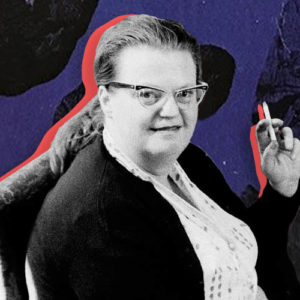