‘Someday, She Will Become Your Job.’ On Being My Mother’s Sole Caregiver

There were the tell-tale signs of severe stress: panic attacks. Shingles. High blood pressure. Asthma. Migraines. A shared bottle of wine, every single night. My doctor was concerned. As a generally healthy 52-year-old woman who has spent a decade writing about sustenance and nurturing, my constitution had taken a sudden and abrupt nosedive.

We were the same age, and she had just become a caregiver to her elderly father, who lived in another state. She was exhausted, no longer had the time to go for her ritual morning run, wasn’t eating well: the calls from her father began at 6 am, interrupted by the calls from her college-age children.

I smiled weakly. It had taken me years to come to terms with being childless by choice, and I had, and do, regret my decision. I didn’t see how not being a mother while becoming the sole caregiver for my own had any upside.

The eventual care of my mother was something that I lived with since I was a teenager. In 1979, when I was 16, my father prophesied over lunch at a Brooklyn greasy spoon: Someday, he said out of a heavy silence, you will be responsible for your mother’s care. Someday, she will become your job. At the time, my only concerns were tennis dates, concert tickets, college applications, and moving as far from my tempestuous, unpredictable mother as I could possibly get. The prospect of being responsible for her care was alien and therefore, to my young mind, impossible.

Two years after Son of Sam ravaged our neighborhood, we were a newly divorced family, navigating the choppy waters of money and rage, custody and visitation, infidelities and the clinical depression that clung to my teenage ankle like a shackle. My mother, a stunning, preternaturally angry, makeup-addicted model with whom I had little in common beyond genetics—we fought like warring armies—had taken up with her boss, and would marry him a few years later. I was my parents’ only child, and just beginning to understand that I was gay.

Neither of us had what we wanted: she yearned for a bombshell daughter, the apple to her tree, and not the chubby athlete she had. I longed for an affectionate, accepting mother—a television mom—who reveled in her role, instead of the one I had: a codependent knockout so completely obsessed with turning me into her likeness that she left boxes of diet candies and bags of makeup all over my childhood bedroom.

If you don’t move out, you will have a stroke, my physician told me when I was in my early twenties, after I returned home from college to live with my mother and her new husband, and to try, in vain, to re-write our script. You cannot live with her. You will not survive her.

If you don’t move out, you will have a stroke, my physician told me when I was in my early twenties, after I returned home from college to live with my mother and her new husband. You cannot live with her. You will not survive her.

Forty years after our lunch, my father’s foretelling would come true. Widowed from her second husband in 1997, my mother has been alone for more than two decades. In her eighties, she got up from her couch one Saturday night to make herself a cup of tea, fell, and suffered a catastrophic ankle fracture that would render her incapacitated. Like the estimated 43 million, most female Americans who become the inadvertent caregiver for an elderly parent, I was faced, in middle age and living in another state, with a common problem complicated by the vagaries of personal history: how would I care for a senior mother with whom I have had a lifelong troubled relationship? What are the rules of engagement and caregiving when it comes to mothers and daughters who love and loathe each other at the same time?

In her book A Bittersweet Season, journalist Jane Gross recounts adult children who leave their difficult senior parents at assisted living facilities and nursing homes, pay the bills, and walk away. Could I ever do such a thing? Would I be able to live with myself? Carrying the bare minimum of insurance—my mother chose when she turned sixty-five to opt out of traditional Medicare because she didn’t want to present the familiar card that would automatically identify her as a senior citizen—we faced the inevitable issue of money, that made the idea of moving her into assisted living inconsequential: when her rehab facility kicked her out before she could walk, where would she go? Who would pay for the round-the-clock caregiver she would need, since it would not be covered by Medicare of any kind, and less than a month of full-time care would bankrupt her, and six months, me.

I did for you, she quietly explained to me one afternoon from her hospital bed, and now you do for me. Her eyes filled with tears; she squeezed my hand.

My mother expected my support regardless of our history, and she was correct in assuming that she would have it. Every moment in the days and weeks following a senior citizen’s accident is critical, and averse to triage. Missteps—the wrong doctor; the missing rehab identification bracelet; the important deadline cut-off buried in tiny type at the bottom of a form—can result in a dangerous lack of care, and an instant snowballing of financial disaster.

And while caring for a senior citizen in their time of need is, I believe, a hard-wired human compulsion as much biological as it is cultural, it is also, in many states, law. As of 2017, 29 states hold adult children in some way legally accountable for their parents’ financial burdens. With one in every seven Americans currently over sixty-five according to AARP, these burdens are largely connected to spiraling health costs and denials of claim. These Filial Responsibility Laws date back to the Elizabethan Poor Law of 1601, and require the children and extended families of the destitute to assume responsibility for parents’ financial liabilities. Whether or not they get along or have a relationship that would put Carrie Fisher and Debbie Reynolds to shame is irrelevant.

Turning our backs on our parents in later years is not unlike looking the other way when an hysterical child runs into oncoming traffic: the goal is to save them, no matter how loudly they’re screaming.

Managing my mother’s care plunged me into a world about which I knew nothing, and one that is scrupulously designed to provide as little help to injured seniors as can be legally gotten away with in a modern society: late-night rehab evictions and insurance claims denied by adjusters working from cubicles on the other side of the world, treatment plans and deadly medication mistakes, hundred-page Medicaid applications and special needs trusts, the hiring and firing of contract caregivers, the rehab social workers who legally Google-map the homes of adult children to make accessibility determinations.

You live in a ranch house and you have the space, I was told. She can always move in with you. After all, you have no children.

Over the years, and responding to the vast and growing population of seniors in need, advocacy groups like AARP, CARIE, and the American Society on Aging, have continued to provide families with the help and guidance we so desperately need, and without which we would be rendered clueless at a critical time of life change when we want only one thing at core, regardless of our relationship: to keep our parents safe. Because, beyond the practical issues—the money, the medical treatment, the invisibility that comes with age in a country that prizes youth and beauty above all else—turning our backs on our parents in later years is not unlike looking the other way when an hysterical child runs into oncoming traffic: the goal is to save them, no matter how loudly they’re screaming.

Two years after my mother’s accident, her accounts drained and mine significantly whittled down, our proximity closer than ever, I may have high blood pressure and stress-related migraines, but no regrets: as my mother’s daughter, I believe that I have a moral obligation to manage her care. The Fifth Commandment, according to both the Talmud and the New Testament: Thou shalt honor thy mother and thy father, that your days may be long upon this land that God has given you. Our relationship remains challenging, dripping with ancient acrimonies and regrettable wrongs. But I could no sooner abandon her than I could change the color of my eyes. After all, she is my mother.

And every day, I wonder: who will care for me when it is my turn? 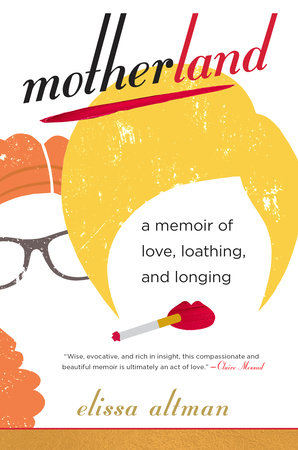 Elissa Altman’s Motherland is out now from Random House.

Elissa Altman is the author of the memoirs Motherland: A Memoir of Love, Loathing, and Longing, Treyf: My Life as an Unorthodox Outlaw, Poor Man's Feast: A Love Story of Comfort, Desire, and the Art of Simple Cooking, and the James Beard Award-winning blog of the same name. A finalist for the Frank McCourt Memoir Prize, her work has been published everywhere from O: The Oprah Magazine and The Washington Postto the Wall Street Journal and Tin House.

Literary San Diego: A Reading List That May or May Not Include Ron Burgundy 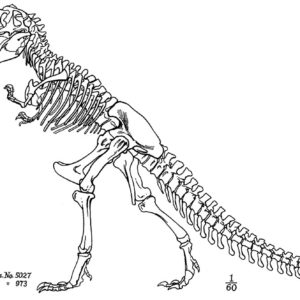 This week, Julia, Rider, and Tod go all the way back to the prehistoric days of November 1990 when a man named Michael Crichton...
© LitHub
Back to top