TODAY: In 1856, Ivan Franko, author of the first detective novels and modern poetry in the Ukrainian language, is born.

Marguerite Duras on writing the screenplay for Alain Resnais’ Hiroshima Mon Amour • Kristine Langley Mahler on being a Google creep (for art!) • How the madness of QAnon seeped into everyday life • A political—and personal—history of gay bathhouses • Lauren Acampora on the particular pain of book promotion • The history of Riga’s “Little Nuremberg” trial • On The Expanse and redrawing the lines of a body • What Langston Hughes understood about how power shapes the US Census • Gwendolyn Kiste on the gothic horror of a post-Roe America • Aja Monet on Robin D.G. Kelley and the ongoing struggle for Black liberation • A look at the benefits and pitfalls of “smart cities” • Where are all the black boxers in fiction? • 13 ways of looking at Denial • Jerome Charyn on finding literary inspiration at the movie theater • How Big Pharma and Big Tech collude to exploit basic human needs • Keith Corbin on the patterns, routines, and pervasive fear of daily life in prison • Martha Cooley on emigrating to Venice (and befriending a donkey) • The 50 best fictional dragons—yes, fictional • How Bruce Lee became an international icon • Carrie Jenkins on love and polyamory

We Are the Middle of Forever by Dahr Jamail and Stan Rushworth, Read by Shaun Taylor-Corbett 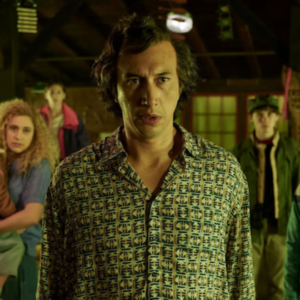 May the days be aimless. Let the seasons drift. Do not advance the action according to a plan. Just ahead of its premiere...
© LitHub
Back to top