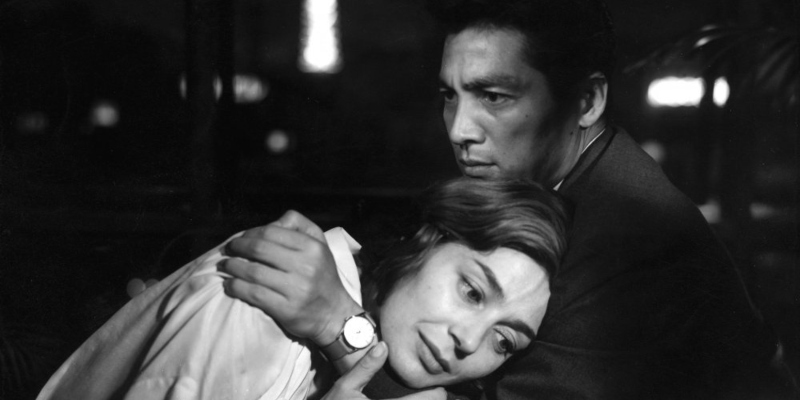 “We’re afraid. But ultimately, isn’t that necessary from time to time? Especially in film?”

The following was originally published in the France-Observateur on July 31, 1958, and has been translated into English by Nicholas Elliott for Film Forum’s RESNAIS 100, a 22-film retrospective in commemoration of the director’s centennial year (running until August 25).

The screenplay for Alain Resnais’s next film, which is called Hiroshima Mon Amour, is finished. Three days ago Alain Resnais left for Tokyo with our work in his 70 pounds of luggage. This is how I know my work is done here. Now it’s Resnais’s turn, in Hiroshima.

In two months, he’ll come back with film. We’ll see.

It’s said quite a few people refused to work on this screenplay. Probably because it wasn’t particularly well paid and because it seemed to them that everything had been said about Hiroshima.

Personally, I accepted right away, based only on Resnais’s name. Because of Night and Fog and also because of the kind of good things I had heard people say about Resnais. At first Hiroshima scared me. And then, on the contrary, it captivated me. Resurrecting a “subject” from its ashes is third-degree work that deals both with one’s self—who forgot—and others—who forgot. Thousands of pages have been written about Hiroshima over 14 years. What could we do?

Thanks to Resnais, I saw that the resurgence of Hiroshima was possible. That we could at least try to do something with this place. He went to great lengths to explain to me that nothing in Hiroshima was a “given.” That a particular halo had to endow each gesture, each word there with a meaning additional to their literal meaning. That the film’s major design was to put an end to the description of horror by horror, because that had been done, accomplished to the end, by the Japanese themselves, but that this horror needed to be brought back from its ashes while retaining its eternal and implacable sense.

Resurrecting a “subject” from its ashes is third-degree work that deals both with one’s self—who forgot—and others—who forgot.

So, we tried to bring Hiroshima back as a love story. We hope that it will be particular and “enthralling” and that people will believe in it a little more than if it had happened anywhere else in the world, in so far as it unfolds in a place to that extent consecrated by death. We tried to make it so that between two people as geographically, philosophically, historically, economically, racially, etc. remote from each other as possible, Hiroshima was the common ground where the universal facts of eroticism, love, and misfortune appear in a less mendacious light than elsewhere.

Maybe we failed. But I believe the thing was worth attempting.

The actress playing the lead role is Emmanuelle Riva. It’s the first time she’s in the movies. I think it’s hard to imagine her if you haven’t met her before. If one had to speak of Emmanuelle Riva literally, it seems to me this is what one could say:

“She could also, in a certain way, be called ‘The Look.’ Everything about her, from her words to her movement, ‘passes through her looking.’”

“This look is forgetful of itself. This woman looks for herself. Her look does not consecrate her behavior, it always reaches beyond it. It’s likely that in love all women have beautiful eyes. But this one, love throws her into a disorder of the soul—a deadly disorder—(a deliberately stendhalian choice of words) a little more so than other women. Because she is more ‘in love with love itself’ than other women. Through the man she loves, she also loves love. And through love, she is on the lookout, like a celebration, for the chance love represents to lose yourself in it, to the point of never again finding an understanding of a potential compromise between love and life.”

Maybe we failed. But I believe the thing was worth attempting.

And having said this, one realizes this portrait is far below Emmanuelle Riva: you just have to see her living for an hour to be sure of that.

Things had been slow in coming together. Which means that we had about nine weeks to do the work Resnais wanted. He had to leave for Japan in late July at the latest. And he left in late July. With the work.

We realized that it was possible. And even that sometimes a tight deadline is salutary in so far that it forces you to work so much that you’re plunged further into the subject than you would be if you only thought about it four hours a day. One could even wonder if some subjects that wait two years to be shot rot in place because of the overly long time—which is superstitiously thought necessary to their cinematic advent. And whether this “past-tense” tone certain big international movies have might be due to the financially ruinous stalling of the adaptors, screenwriters and directors who feel bound to get tired, if not even to despair of their subject, before they approach it with the camera.

These are the reflections that come to mind when you are forced to work very fast. That doesn’t mean it is necessary to work fast, but, perhaps, that others work too long. And that perhaps certain films would have a lot to gain by not being so “laborious.”

I saw Resnais relatively happy with our work—which was necessarily inadequate. While to that point I had only ever seen directors desperate to go shoot. Going to it as if to a labor camp.

Yet once again, it was something of a lost cause, due to the lack of time. There’s probably too big a difference between two years and nine weeks. Yet until the very end, Resnais would say to me:

–Write literature. Don’t worry about me. Forget about the camera.

Never, in nine weeks of work together, did Resnais say to me what we hear a thousand times from “movie people.”

Yet I didn’t have time to write literature in nine weeks. Resnais knew that perfectly well. Like I knew that I didn’t have time to write a screenplay. That I didn’t know how to. However, he continued to point me to literature. Up to the last day, he pointed me to it. If the face of something needed to be saved in this short time, Resnais has chosen to save the literary face of the undertaking. Accommodating it to a cinematic style did not interest him at all. So, he prefers that people make bad literature, but his own, than bad film, which would inevitably not be his own.

–Go ahead. We’re lucky because the film isn’t too expensive. So, we’ll be able to say more or less what we want. Do exactly what you like.

–If we screen in a single movie theater, we’ll have won. Do exactly as you wish. That’s what I’m asking of you. Forget about me.

Never, in nine weeks of work together, did Resnais say to me what we hear a thousand times—free of charge—from “movie people”:

Unimaginable that Resnais could ever speak this way.

Hiroshima Mon Amour is his first feature film. And it’s probably the first time he’s going to direct actors. And, imperturbably, he uses the same language: “If we screen in a single movie theater…”

It is said that Resnais is a torture victim of cinema, a sadomasochist of cinema, a madman of cinema. I believe it. Which is equivalent to saying that Resnais fiercely wants to make the kind of films he likes. He has seen every film by everyone. Never does he condemn anyone. Yet by knowing him, by working with him, one realizes that parasitism does rule a little too powerfully in cinema.

Wanting to do better than Huston is parasitic. Wanting to get the gold prize at the Venice Film Festival is also parasitic. Whether they want to or not, all French directors make the kind of films they don’t like to protect their tomorrows. A disease specific to cinema? Probably. How do you make a film tomorrow if the one today isn’t commercial? But why, once today’s film is commercial, do so few directors try to make a non-commercial film tomorrow?

I know how Resnais works. He tortures people by leaving them too free to do what they like. He leaves them to their whole fear of “not writing for film.” After he goes away, we remember that based on the work we did, 90 percent of directors would work for months before starting the shoot, and would give you a serious lecture. We’re afraid. But ultimately, isn’t that necessary from time to time? Especially in film?

Nicholas Elliott is a writer and translator based in Queens. He is the former New York correspondent for Cahiers du Cinéma and is currently translating Serge Daney’s La Rampe for Semioext(e). 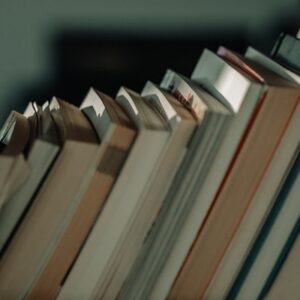 Every few months, I receive an email or phone call from someone who claims to work for a literary agency or publishing entity....
© LitHub
Back to top