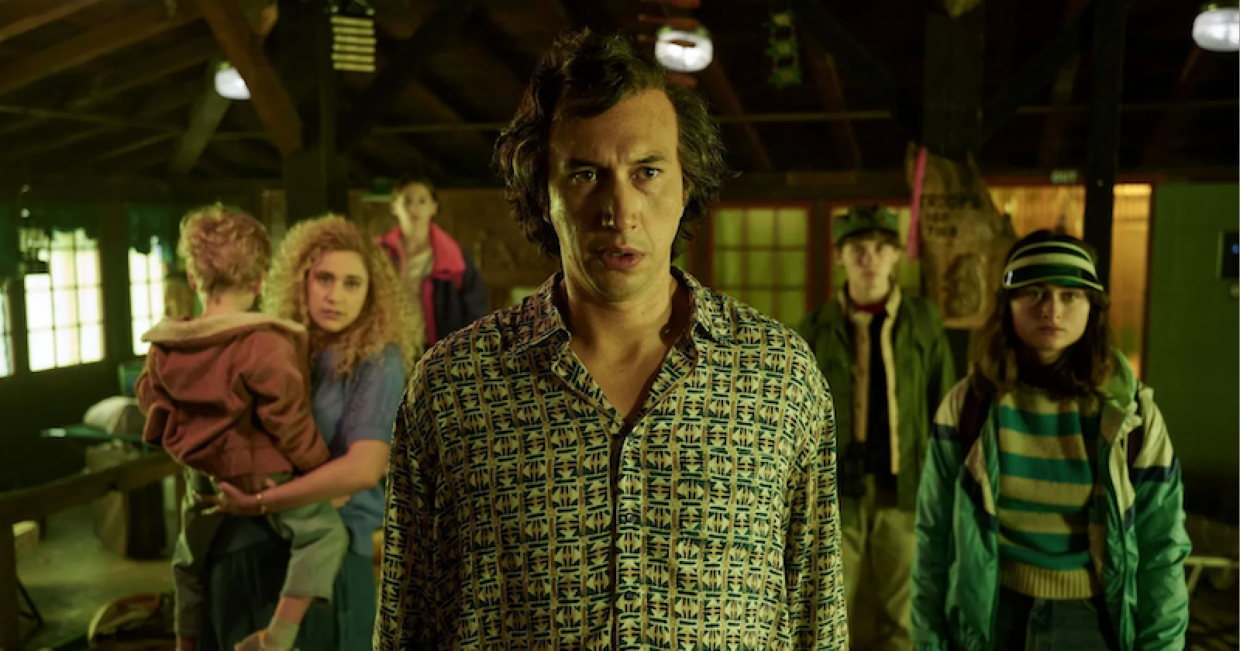 May the days be aimless. Let the seasons drift. Do not advance the action according to a plan.

Just ahead of its premiere at the Venice Film Festival next week, the first trailer for White Noise—Noah Baumbach’s black comedy apocalyptic disaster film based on the 1985 novel by Don DeLillo—has finally dropped.

The National Book Award-winning novel tells the story of Jack Gladney, an extremely fertile midwestern college professor and pioneer in the field of “Hitler Studies whose comfortable suburban college town life and marriage are upended when a chemical spill from a rail car releases a black noxious cloud over the whole region.

The 47 seconds of teaser footage—which includes some truly marvelous 80s hairdos and opens with the Gladney family anxiously bickering in their car as they, along with everyone else stuck in a very long traffic jam, attempt to escape the famous “Airborne Toxic Event”—isn’t a lot to go on, but it’s certainly enough to whet the appetite ahead of the film’s Netflix release later this year.