Darin Strauss on finding catharsis—and inspiration—in the story of a family betrayal  • A letter from Arab artists and intellectuals, in support of an enlightened Lebanon · From Beirut, Farah Aridi writes about the rage that follows grief • Anna Bruno reflects on the “profound lessons in humanity” that dogs offer us • Mrs. Bridge is a perfect novel—but how does it work? • A letter from North Carolina: Randall Kenan on learning from ghosts of the Civil War • Sarah Chayes on the criminal masterminds of the Gilded Age (who created the very American system we live under today) • In defense of psychoanalysis and writing Freudian fiction • Breaking down the roiling, emotional middle of a James Baldwin narrative • David Lerner Schwartz on the tripartite puzzle that is Percival Everett’s Telephone • Sofian Merabet on safety and security as a particularly American preoccupation •  Emma Jane Unsworth on how to write a millennial character • Mary O’Connell writes a love letter to The Catcher in the Rye • Grant Faulkner on the infinite possibilities of flash fiction • Scott Cheshire on conceptions of an animal afterlife • Why have we failed to protect coal miners? Chris Hamby on one of America’s most dangerous jobs • Colleen Abel on growing up with Bradbury’s ghost in Waukegan, Illinois

Taryn Souders recommends eight children’s mystery novels perfect for all ages • Johnny Shaw celebrates California crime fiction not set in Los Angeles and San Francisco • Crime and the City heads to New Zealand • Read a roundtable discussion with the women of Canadian crime fiction • Sarah Vaughan takes a look at the new wave of ambiguous parenting thrillers • David Thomson wonders why we have such a good time watching the spectacle of on-screen violence • Jody Gehrman on weather and suspense • Nelson George on music history, noir, and metafiction • Kate Riordan asks, why are we so fascinated by houses in literature? • Pamela Crane on parenting gone wild in crime fiction 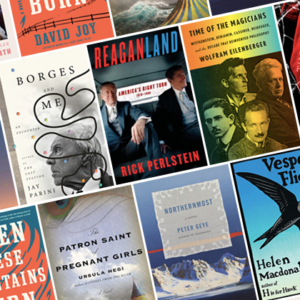