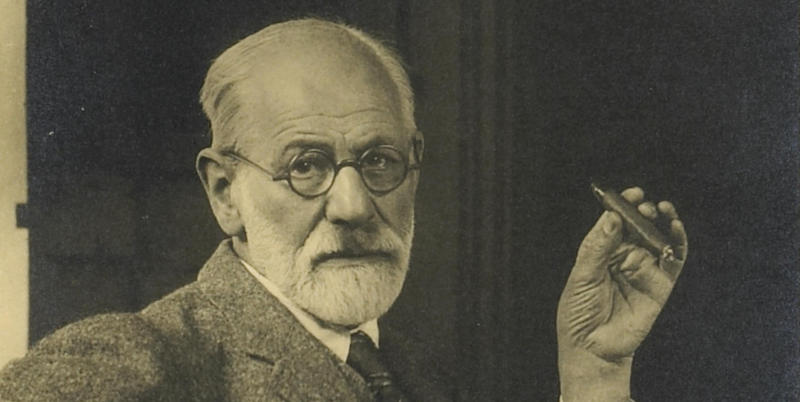 In Defense of Psychoanalysis and Writing Freudian Fiction

Jessica Gross Goes Deep to Figure It All Out

The year after I graduated from college, my parents got divorced. I took it rather badly. (Picture me crumpled on the floor of a Barnes & Noble, sobbing.) I’d been holding things together for a very long time, and then, with little warning, I couldn’t anymore. So I sought the assistance of a therapist.

I began seeing her once a week, sitting on the couch in her cozy office on the Upper West Side while she sat facing me. If you’ve started therapy after really needing therapy, you might know the feeling: as though, after a period of starvation, you’ve found food. I started seeing her twice a week. (Important note: I never would have been able to afford this without my family’s financial help.) And then we talked about scheduling even more frequent sessions.

At the beginning, I’d had no idea that my therapist was a psychoanalyst. I don’t believe I knew what psychoanalysis meant. But by the time I started seeing her three times a week, and then four, we no longer looked at each other during sessions: she sat behind me while I lay supine on her couch, free-associating.

She never told me what to talk about or gave me advice; she asked questions, offered interpretations, and pointed out patterns. She probed, pushing me just beyond my comfort zone, in the service not of shaving my symptoms off, but of understanding what underlay them. By working with these root causes, we could, collaboratively and over time, dismantle my unhealthy defenses in order to do the very difficult work of creating defenses that better served me. It wasn’t fun, per se—it was very uncomfortable—but it was a revelation. She was no longer my therapist; she was my analyst.

I didn’t know anyone else my age who was doing psychoanalysis. Beyond the other patients in the waiting room, I didn’t know anyone older, either. In fact, it seemed like most everyone I knew dismissed psychoanalysis in favor of cognitive behavioral therapy (CBT), which focuses on eradicating symptoms qua symptoms. CBT acknowledges that prior experience contributes to emotions, but it’s patients’ belief systems that make them behave the way they do. Therefore, to engage in peeling back the layers in order to understand why we behave this way is to waste time.

Instead, through assignments and exercises, patients attack the symptoms—their belief systems—directly. (A friend who’d seen a CBT therapist showed me a page of notes she’d taken during one session: “Emotional ventilation, insight, and psychological interpretation don’t help.” As an alternative: “Wrist counter: click each time you have a negative thought.”) An editor at a psychology magazine informed me that psychoanalysis had been disproven as a therapeutic approach. “No one really believes that anymore,” she told me. A friend in school for clinical psychology explained that CBT had proven much more effective in studies (“no offense”). Others simply called psychoanalysis “indulgent.”

Meanwhile, I was having the most emotionally and intellectually fulfilling experience of my life. I was obsessed. I spent much of the time I wasn’t with my analyst thinking about what we had discovered together. (Also: talking about it. My friends are heroes.) It felt like I’d been living my whole life on one plane, and now had found another—one where questions and interpretations were more important than answers, where associations were more meaningful than facts, where a life was as ripe for analysis as a text. Or maybe I’d been trying to stifle my proclivity for probing relentlessly, but in the room with my analyst, it could come into full flower.

I started to read Freud and other psychoanalytic texts, which helped me understand the tenets of psychoanalytic theory intellectually in addition to experientially: that we repress certain conflicts and desires, but from their new home in the unconscious, they continue to affect the way we think and act. It is the job of psychoanalysis to make the unconscious conscious, so that patients can arrive at new and healthier ways of interacting with themselves and those around them.

I tried to understand why so many people had dismissed psychoanalysis when I could see plainly that it was transforming me.

The relationship between patient and analyst is key: analysts reveal as little as possible about themselves, such that they become a scrim onto which patients can project aspects of their earliest relationships in what is known as “transference.” Through this regressive behavior, enabled by the safe space of the consulting room and aided by the analyst’s nonjudgmental, curious, and non-directive approach, long-buried unconscious muck—repressed through sometimes debilitating defenses—starts to rise to the surface, which patient and analyst can sift through together.

By the time I started writing my debut novel Hysteria in early 2016, I’d been a very curious analysand for a long time. I was far from an expert—my reading and research had been sporadic and out of order—but I felt so steeped in psychoanalytic experience and theory it was hard for me to see the world through any other lens. Anyway, I didn’t want to. I tried to understand why so many people had dismissed psychoanalysis when I could see plainly that it was transforming me.

Part of it seemed inarguably related to the cost: full-blown psychoanalysis is an impossible expense for most people, though there are low-fee clinics that make it more affordable. (A decade later, I’m back down to two sessions a week, for financial reasons.) Things are also increasingly terrifying on a global scale, and a desire for control, or the sense of control—which a results-driven approach like CBT more readily offers—seems natural.

But however valid the underlying reasons, I saw the devaluation of self-knowledge as a good in itself in favor of “provable” efficacy (as if humans are bots) as detrimental—a problematic symptom to be explored. In my novel, I wanted to grapple with this shift. What better way than via a protagonist whose parents are CBT therapists and who, in unconscious rebellion, becomes convinced her Brooklyn bartender is Sigmund Freud?

The narrator of Hysteria, a woman in her early twenties, grew up with parents obsessed with the surface of things, concerned above all with presentation. Her father, in particular, is controlling, obsessional, and disconnected from his daughter’s emotional life. (He claims, as did CBT progenitor Albert Ellis, “Neurosis is a high-class name for whining.”) I wanted to write a case study of Oedipal desire, and of the ways in which subtle-seeming parent-child mismatches in childhood can blossom into dysfunction in adulthood.

The narrator’s parents’ fixation on symptoms has done nothing to undercut her tendency toward self-destruction and self-flagellation, her compulsive relationships with sex and alcohol, or her tenuous grip on reality. “Freud” appears at her bar as an antidote to the world she’s been inhabiting and as an outgrowth of her psychic disturbance and unfulfilled need for connection. In writing, I hoped for his presence to suggest that our projections onto other people can be so powerful they not only feel real but to some extent also create reality.

As I wrote, I dove back into my Freud research. (I read up on CBT, too.) I read more of Freud’s writing and consulted biographies by Peter Gay and Joel Whitebook. Freud was, in various ways, an unsavory character: he could be a tyrannical husband; he was a fan of cocaine; and, as Whitebook argues in Freud: An Intellectual Biography, his theories were limited by his own psychic defenses. In response to a traumatic first few years of life—his little brother died and his mother struggled with depression, becoming emotionally and possibly physically absent—Freud defensively idealized his mother, protecting himself from the painful reality of their relationship.

As a natural but unfortunate outgrowth of this protective mechanism, he largely elided women’s experiences in his theories, too. In Freud’s life as in his work, as Whitebook has it, he developed a rigid, obsessional, phallocentric personality, fetishizing independence and self-sufficiency. (Sound a bit like my protagonist’s father?) But, as Whitebook also argues, these defenses enabled Freud’s particular, if flawed, brand of genius and productivity—not to mention his survival.

“That Freud, like the rest of us, was fashioned out of what Kant called ‘the crooked timber of humanity’ out of which ‘no straight thing was ever made’ is not an embarrassment that must be suppressed,” Whitebook writes. “The wondrousness of his accomplishments is in fact directly proportional to the crookedness of the timber.”

It would be foolish to claim that Freud or his theories are beyond reproach, but it’s also unnecessary. Many psychoanalysts have succeeded Freud, building on and revising his theories, including contending with the role maternal dynamics play. (Over his decades of writing, Freud revised his own theories.) But the point, for me, is not Freud’s failings but the immense gift he offered. He reconceived of our minds as largely obscure to us, complicated and wily, things that require deep and painstaking excavation to even begin to understand.

The Freud of my novel shares some qualities with the man: his physicality, his belongings, his passion for Goethe, elements of his philosophy and personality, certain turns of phrase. But ultimately, he is not meant to be Freud in the literal sense. His appearance is a form of wish fulfillment. So, you might ask, whose wish is his presence fulfilling: my narrator’s, or mine? 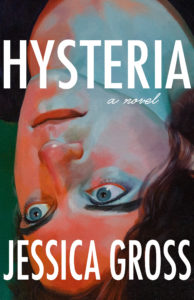 Hysteria by Jessica Gross is available via Unnamed Press.

Jessica Gross's writing has appeared in The Los Angeles Review of Books, The New York Times Magazine, and The Paris Review Daily, among other places. She holds an MFA in fiction from The New School, a Master's degree in cultural reporting and criticism from New York University and a Bachelor's in anthropology from Princeton University. She has received fellowships in fiction from the Yiddish Book Center (2017) and the 14th Street Y (2015-16), where she also served as editor of the LABA Journal. She currently teaches writing at Eugene Lang College at The New School. Hysteria is her first novel. 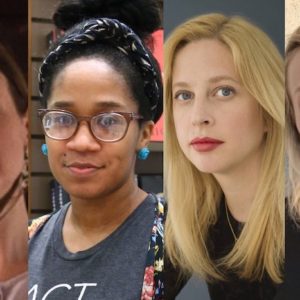