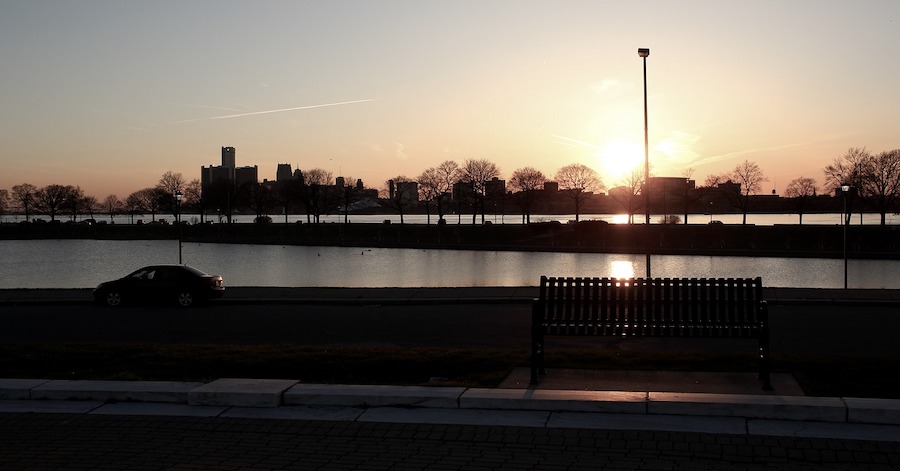 Be Safe Out There (and Other American Delusions, Rhetorical and Otherwise)

Sofian Merabet on Security as Privilege

I didn’t speak English properly until I crossed the Atlantic westward for graduate studies in 1996. I was 23 years old and it was the first time I’d crossed the northern part of that ocean. I had been to most countries in South America, lived on both shores of the Mediterranean, I had traveled throughout the Middle East, but never had I gone to North America.

I landed in upstate New York, near the Pennsylvania border. So much of what I saw upon arrival intrigued me. Binghamton, where I would study for two years, was not only a quintessential example of a Rust Belt town experiencing economic agony, the socio-racial tensions I witnessed there stayed with me a long time before I even began to understand or experience what constitutes discrimination and racism in the United States.

It was in Binghamton that I heard, for the first time, expressions such as “play it safe,” “be on the safe side,” and “be safe out there,” which were generally said with what was, to me, an unsettlingly big and phony smile. Back then, I grasped neither the obsession with ceaseless cheerfulness some Americans displayed, nor the meaning of the rhetorical preoccupation with safety, for translating it directly into the other languages I knew didn’t make any sense.

In Arabic, for example, people might say allah ma‘ak (“God be with you”) or bes’lama (“with peace”); in French, they say, bon voyage, thus simply wishing you a “good trip” before embarking on a journey. Germans often use the term alles Gute (“all the best”) and Spanish-speaking South Americans just say que te vaya bien, which loosely translates as “have a good one.” None of these, however, deal in imagined conceptions of space or, for that matter, in obsessions with safety.

But it quickly dawned on me that for those who used these expressions in America, safety had not only a spatial but also a conceptual component to it. Safety was one’s own imagined blissful and bulwarked castle, whereas anything outside of it was conceived as potentially dangerous. A threat even. This imagined danger could be coming for a neighborhood, a city, or even the entire country where American parochialism pits a national dreamland—fueled by a patriotism in perpetual need of “national security”—against a perilous world “out there” not many citizens know anything about.

After two years in upstate New York, I moved to New York City to pursue my doctorate in anthropology. While navigating the privileged bubbles of Manhattan’s Morningside Heights, I encountered the exact same expressions around “being safe” I had gotten used to in Binghamton. In the Big Apple, the complex social divisions that characterized the city flabbergasted me. For instance, the racial division of labor and space on the Columbia University campus was one thing that demarcated how one could “be on the safe side.” Crossing Morningside Park was quite another experience, however. Harlem, at the time, wasn’t the gentrified utopia it would turn into shortly thereafter. On its streets and avenues, boarded-up brownstone buildings testified to Black precarity. The only visible presence of the state was limited to police cars which patrolled the streets, driven by hulking, gimlet-eyed white men.

The fantasy of “safety” which too many Americans use to define the US is, in actuality, an attempt to hide away the dire reality of being one of the most violent societies anywhere on the globe.

I never assumed they were coming for me, but I was extremely wary. As the son of a white mother and a mixed-black father, I have experienced plenty of racism throughout my life, with different histories attached to discrimination and prejudice in the two countries of my upbringing, Germany and Algeria. Even my sister, who has blonde hair and blue eyes and passes as white, has been the subject of racist bigotry. I am her “dark” brother, a difference that, to our chagrin, regularly leads to puzzled faces and the occasional offensive remarks questioning the actuality of our full siblinghood. Now, as a US-based academic, I am typically identified by others as “African American.”

My study of how gender and sexuality are impacted by socio-racial factors and vice versa are primarily focused on places such as the Middle East and Latin America; despite this, I am plainly aware of how “race” works here in the US. It is a complicated awareness because the African American man I am perceived to be doesn’t actually deliver when it comes to prefigured notions of racial embodiment and performance. I have “an accent” (as if those who say this with their regional drawl do not), and, due to the different cultural realities in which I have been socialized, I exhibit a bodily and affective habitus that is not expected from an African American man.

My students at the university where I teach often struggle to place me, to know how to make sense of me. They tend to be fully conditioned by the script of their American socio-racial experiences. This script tends to say, a black man does this, he speaks like this, he might care about this. To them, any performance off that script is disorienting. In the community at large this confusion in turn marks me as a threat to the entire system which brought those students to the classroom.

Being marked as a danger is dangerous to you. When I walk in most neighborhoods of Austin, Texas, the college town in which I have been living over the past 11 years, I am never “on the safe side.” Rather, I am often viewed suspiciously as a black man by my mostly white fellow Austinites. On occasion, the suspicion ranges from hostile furtive glances, sometimes covered up with an unmistakably rehearsed toothpaste smile, to being followed by a white man in a car just a few streets away from my apartment who apparently thinks that the only reason I am walking past his house is because I want to rob him.

Most acts of racism and prejudice are seemingly trivial, so that some people (perpetrators and victims among them) end up now and again naturalizing them. But it is those acts that form the bedrock of a structure ensured by state-sanctioned violence. This violence is systematically enforced against those who do not fit the dominant societal mold and who happen to be not white. The space and the people “out there” that jeopardize white perceptions of “safety” in the US are far beyond the conceptual and are in fact a physical landscape that is heavily policed.

If the pervasive presence of uniformed white men and their rehearsed violent masculinity weren’t enough, it is their exorbitant armament that always leaves one staggered. Police departments in the US are a domestic window into US military might abroad, and into what is happening every day in countries such as Iraq, Afghanistan, and (by Israeli proxy) in Palestine. It is a reminder how the industrial-military complex has strong connections to local “law enforcement” agencies, including city, as well as university police departments.

In most countries around the globe, one would be hard-pressed to find a metropolitan police unit that is as highly equipped in weaponry as any of the university police forces of the five US institutions of higher education (public and private) with which I have been affiliated over the past 24 years. Let’s not even mention the municipal police forces of the different American cities, small, medium, and large, I have lived in.

Moreover, in racially segregated America, what is called “law enforcement” is rarely patrolling in white neighborhoods because it isn’t needed there to uphold the status quo. However, on the “other side of the tracks” (or, more accurately, highways), the parts of town where black and brown people live that are, for many whites, akin to foreign lands, “safety” is imposed by systemic force and, as too many recent videos have captured, abuse. Under such circumstances where black and brown bodies are always seen to be suspicious and a threat to the system, it becomes impossible for anybody to “play it safe.” Along with pandemic vulnerability, the ordinary state of surveillance in marginalized neighborhoods goes hand in hand with a general divestment of the state and, therefore, a notoriously underfunded social infrastructure that results in the closing of schools, expensive and inadequate supermarkets, and the general difficulty of accessing economic and health resources. Add to that what has been euphemistically referred to as “gentrification,” what you get is a hopeless situation where white “friendly smiles” displace anybody who doesn’t fit the cheerful equation.

As long as socio-racial segregation and discrimination persist, and as long as the presence of the state is limited to the increasingly armed police force, then neither the biggest smile nor the use of any hollow expressions of “America Nice” are going to remedy what for a very long time most people of color have lived as a daily experience of injustice in this country. How can we step out of this infernal logic, of which the proliferation of arms among civilians only exacerbates the situation? How can we break the cycle of violence that leads to the death of black and brown women, men, and trans-identified individuals?

One essential first step is to recognize that the fantasy of “safety” which too many Americans use to define the US is, in actuality, an attempt to hide away the dire reality of being one of the most violent societies anywhere on the globe. In spite of pervasive nationalist rhetoric, it remains not a heroic society of protecting the vulnerable, but a nation of dominant settlers built on a dreadful history of genocide, slavery, and racial segregation.

The police violence we are witnessing now and which the global Black Lives Matter protests are denouncing, is not an aberration, but a continuation of this nation’s well-documented history. It is a continuation in need of being ruptured, not to keep white people “on the safe side” of history, but so that the very notion of safety—equal protection under the law—might, finally, be tested, and at last expanded to include everyone who lives in a country whose official name, often reduced to a euphemism, needs to be taken to task by its citizens.

Sofian Merabet teaches Socio-cultural Anthropology at The University of Texas at Austin. He is the author of QueerBeirut (University of Texas Press), the first ethnographic study of queer lives in the Arab Middle East, and a Public Voices Fellow with the OpEd Project. 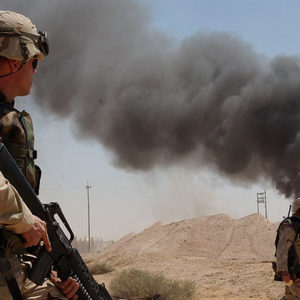