“Touch base,” “least worst option,” and more Americanisms the British can’t bloody stand • Fifty years on from Woodstock, take a look at some of Jim Marshall’s iconic photos of the festival • Isabelle Davis on the power of sex in romance novels • Where have all the pirates gone? • Ibram X. Kendi on the arbitrary hierarchies upon which racism is built • Lawrence Weschler remembers his dear friend Oliver Sacks • Sorry, old white guys: turns out, vocal fry has “a unique history and specific social utility” • Do we care enough about animals to save them from extinction?• Susan Harlan on the bittersweet feeling of reconnecting with a forgotten language • Sean Gandert on loathing, leaving and coming to love Albuquerque • David Carlin on absent fathers, missing histories, and the intoxicating other worlds of the encyclopedia • In the era of prepackaging, India’s community cookbooks are having a quiet renaissance • Six books you should read about the multifaceted Lone Star State • Sister Helen Prejean on leaving home, and life before Dead Man Walking • On the tragicomic farce of faking it in the lab • Lyz Lenz on seeking darkness, finding new creation myths, and hitting the road • Roy Jacobsen on the sagas of Iceland • The very first books published by some of your favorite publishing houses • Rebecca Makkai in conversation on the HIV/AIDS activism in 1980s Chicago • The one-star Amazon reviews of Lolita include some “thoughtful, productive, and intellectually complex” arguments

Howard Michael Gould guides through the most criminally underappreciated cult classics of 1970s cinema • David Handler on the life and work of Geoffrey Homes, the godfather of film noir • From Becky Sharpe to Miss Marple, Louisa Treger celebrates 10 women in literature who make their own way • Marlowe Benn rounds up 7 mysteries by, about, and for bibliophiles • Sherri Smith on 7 of the wellness industry’s worst criminals • Former undercover FBI agent and crime writer Dana Ridenour on the 5 best true crime memoirs of going undercover • 6 new true crime books to check out this August • 50 years after the death of Brian Jones, conspiracy theories abound• Elizabeth Macneal on 5 villains that inspire complicated reactions from readers • Matthew Farrell on 6 psychological thrillers featuring psychiatric professionals 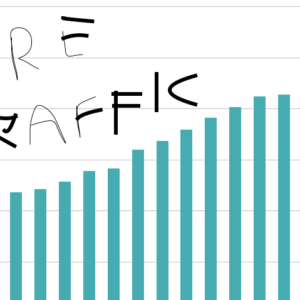 The great thing about editing a website is that even though you tell yourself you have a pretty good idea of what’s going...
© LitHub
Back to top