We Have Always Been Plagued by Literary Scammers

“Mystery, humor, romance, realism, risquéness—nothing is barred.” In 1915, Blue Moon, a new magazine, sought submissions from unpublished writers. They already had two stories from “a new and original humorist” whom the editor, Alexander Jessup, had “discovered laying tin roofs in a village in central Indiana.” The magazine’s name was inspired by the common reference to a blue moon as something “rarely recurring.”

A year later, the magazine was never published, and its editor was in jail.

Jessup’s literary fraud is eerily similar to another scam hatched a hundred years later. A 2018 Los Angeles Times exposé by Melissa Chadburn and Carolyn Kellogg revealed the sordid story of Anna March. A writer with multiple aliases, March would become part of the literary community in several cities—“she won over new friends, even accomplished authors but especially writers trying to find a way into that world, with her generosity, her enthusiasm and apparent literary success”—before leaving in a rush.

“March branded herself an intersectional feminist, sensitive to issues of race, class and LGBTQ concerns as well as gender, and also supportive of victims of trauma,” Chadburn and Kellogg write. “She positioned herself as a connection between worlds: the published and unpublished, the successful and the hopeful.” March’s own nonfiction had appeared in The New York Times and Salon, and she was also a literary organizer. She co-founded the Lulu Fund, a donor-supported program meant to “support racial, gender and class justice,” although the fund was shuttered less than a year after it started.

Chadburn and Kellogg’s reporting revealed that in 1991, March pled guilty as part of a political campaign case, and had to pay back $18,000 that she stole as campaign treasurer. A few years later, she ran a literary nonprofit in San Diego before disappearing again. Next was a consulting firm that netted clients in part due to March’s false claim that her mother had been press secretary for President Jimmy Carter.

Then March showed up in Rehoboth Beach, Delaware, bragging about a non-existent two-book deal with Random House. Once people started asking questions, she left again, but then returned in 2016, with a plan for pricey writing workshops in various settings. A workshop in Positano, Italy, was canceled “two days before it was to begin.” March had enough charisma—and enough literary skill—to swindle ambitious writers for years.

Jessup’s story might even be stranger than March’s—and certainly more salacious. He was born on October 14, 1879 in Westfield, Massachusetts. The son of a Protestant minister, Jessup attended the Episcopal Academy of Connecticut (now Cheshire Academy), one of the oldest boarding schools in the United States. In 1899, Jessup published a poem, “At the Grave,” in an issue of the Sunday School Times. The poem was actually written by Henry Ames Blood, and was originally published in 1887. When the editor contacted Jessup, he claimed that he was working on a poetry anthology, and blamed the mistake on his assistant, who he said mixed-up Jessup’s own poem with Blood’s. The magazine’s editor concluded that “Mr. Jessup was somewhat unfortunate in his library and office methods, and he had too much confidence in his assistant in his work.”

Like March, Jessup benefited from noteworthy collaborators. A few years after plagiarizing the poem, Jessup managed to partner with Henry Seidel Canby, then Yale professor and future editor at the New York Evening Post and Saturday Review of Literature, on a poetry anthology. Jessup, like any anthologist, had to slog through permissions requests for his collections. In 1903, Charles Scribner’s Sons refused permission for Jessup to include Robert Louis Stevenson’s “The Lantern-Bearers” in an anthology. Jessup responded with an angry letter. Meanwhile, Jessup also had a local reputation as a book bandit. As noted in a 1905 edition of The Publishers’ Weekly, “the trade is warned against Alexander Jessup, of 120 Main Street. In one case that has come to our notice a bookseller has been obliged to resort to law to get his books back again.”

London would have to recommend Jessup’s services from beyond the grave.

After releasing a few thin anthologies of work from Stevenson and Balzac, Jessup turned to the more lucrative practice of scamming novice writers. Beginning in 1912, he advertised his editorial services in magazines ranging from Vanity Fair to Popular Science. “Many unsuccessful manuscripts simply need expert revision to make them immediately available,” Jessup wrote. His stellar references included Winston Churchill, John Burroughs, and Jack London. Burroughs informed The Writer magazine that he’d never even met Jessup. London would have to recommend Jessup’s services from beyond the grave.

Jessup also posed as a literary agent—and pitched manuscripts to unsavory publishers. One writer said that he paid Jessup $100 to edit and pitch his manuscript to a publisher that never released the book. Jessup, it seems, was an especially hands-off editor: “It took [Jessup] over a year to do the editing which, I found later, consisted chiefly in retouching with his pen several letters which my typewriter had failed to print distinctly.”

Jessup hatched his ultimate literary scheme in 1915. The Blue Moon was announced in a variety of publications. Jessup was the lone editor, but he was joined by a business manager named Charles Prescott Fuller, a longtime friend of Jessup’s (when Jessup published a book of poems, The Charm of Youth, in 1905, Fuller had written a letter to The New York Times so that he could call attention “to the work of a new American poet who seems to me to be of much promise”).

Potential contributors quickly started complaining about Jessup. One swindled writer contacted The Editor: “I should like to save some other hard working, impecunious author an unnecessary outlay of postage stamps—and indignation!” The staff of The Editor lamented that Jessup had been using credible writers and publishers “to lend respectability to his doubtful ventures”—a move Anna March would also employ. A few months later, the Rural New Yorker magazine shared a letter from a Delaware man whose wife submitted a story to Blue Moon. She received a form rejection, but was never sent back her manuscript, despite repeated requests.

This was the heart of Jessup’s scheme. He would reject work, but praise the writing. His form rejections included a note: “It happens that I am both the editor of the Blue Moon and also the head of a critical revision business. If you have your manuscript revised I, as editor of the Blue Moon, shall then be glad to consider your story for publication in the magazine.” More than 30 writers agreed. Jessup took their money, and kept their stories.

His scam ended in April 1916. The Sun published a long article titled “Anguish of Authors Puts Editor in Jail.” United States Post Office inspectors had uncovered Jessup’s mail fraud, and he was arrested in his apartment. He pled not guilty to the charges. Unable to post his $1,000 bail, he was held in the city prison. The Sun also revealed Jessup’s troubling past. In 1913, he was arrested for harassing a thirteen-year-old girl, and was jailed for six weeks at Blackwell’s Island.

Jessup had also tried to lure young women as editorial assistants. He looked for women with a “joy of living,” and was unconcerned with literary skill. Jessup’s recruitment attempts led to a Barnard College dean posting a “Most Important Notice” in the college newspaper: “All Barnard students are most urgently warned not to have any dealings with a man named Alexander Jessup, who, from time to time, offers to students opportunities for literary work. Any such offer should be referred at once to the office.”

After a stay in prison, Jessup was acquitted in December 1916. Afterward, he managed to edit an anthology, The Best American Humorous Short Stories (1920), as part of the Modern Library series. The book includes an impressive lineup of writers who weren’t paid for their inclusion in the volume. Sinclair Lewis, when solicited, said no. Jessup responded: “It is distressing to find an author so commercial.” Other occasional anthologies followed, and by the mid-1930s, Jessup was back to his private editing business. “I specialize in developing new talent,” he wrote. “Established in 1912, now many writers have made a beaten path to my door.” Jessup, of course, would claim that he wasn’t aware of that pun.

A Brief Eerie History of How the Wind Makes Us Crazy

Do We Care Enough About Animals to Save Them From Extinction? 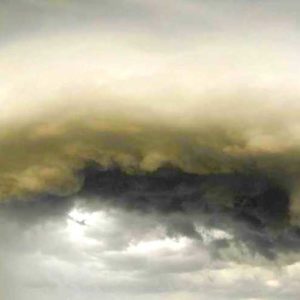 A Brief Eerie History of How the Wind Makes Us Crazy

When air is completely still and cool, we can enjoy bright starlit nights and the respite from manic combustion. But when...
© LitHub
Back to top