Sean Gandert on the Meaning of Querencia

I spent most of my childhood fantasizing about leaving Albuquerque. Sometimes I wanted to move to San Francisco. Sometimes New York. Sometimes Tokyo, or Paris, or Cairo. Practically all of the time I wished I could wake up and suddenly be in Narnia or Middle Earth. My brother, the kind of obsessive sports fan who could tell you the roster for any NBA or NFL team since he was born, used to show me maps in an old atlas and point out every city that featured a major professional team. Then he’d point out every city that featured his other favorite attraction, large Six Flags-style amusement parks. Finally he’d point back at us and mention how far we were from any of these locations—the closest “real” cities were Phoenix and Denver, both more than 400 miles away. He’d sigh and turn away from the atlas, no more words needing to be spoken.

I’m not sure at what point exactly I internalized the idea that Albuquerque, and with it New Mexico as a whole, was inferior to pretty much everywhere else, but it became so inscribed in my head that when I heard people say positive things about us I’d laugh. Aside from the more ridiculous reasons my brother resented the area, there were always stats on the nightly news and headlines in the papers reinforcing the idea that we were failing. Crime was high, they said, drunk driving in particular was astronomical. Our public schools were terrible, our incomes low.

Our politicians were comically corrupt (though not by current standards), and our only real industries seemed to be drug running and nuclear weapons. This messaging surrounded us, an attitudinal miasma seeping across the air with the stink of defeatism. I was ambitious, and it felt like the only way to achieve something, to make something of my life, would be to head literally anywhere else.

Like both of my older brothers, I went to college out of state. When I returned home during breaks, my friends were less frantic and more adult than my classmates in college, and the city somehow more inviting, though I chalked this up to subconscious homesickness. Or maybe it was me that was the problem—I’d lived for so long in Albuquerque that it had warped my mind into preferring this slum to elsewhere. It seems only fitting then that between my sophomore and junior years I should find myself working for the state’s tourism department.

I was hired by New Mexico Magazine as an editorial intern. I lived in Santa Fe with my aunt and worked 40 hours a week in the Lamy Building only a couple blocks from the plaza. Theoretically, I was supposed to spend my time on a huge web project, organizing photos of historic locations from all around the state and matching these up in a database with written descriptions and GPS locations. But I had little oversight from my boss, who had little idea how long any of this would realistically take, so I spent a lot of the summer writing and even more of it reading. And while I couldn’t bring in books from outside without looking suspiciously like I was slacking off, I had file cabinets filled with old issues of the magazine right around the corner from my desk, plus stacks of books used for research and fact-checking.

The word querencia refers to a metaphysical concept in Spanish, one that I’ve come to connect with New Mexico.

Suddenly I had new sources of information about the area, oftentimes still sensationalist and over-the-top, but at least this countered the state’s much more familiar narrative. And amid those long hours in the office came the slowly dawning realization as to just how little of my home’s history, and with it my family’s history, I actually knew.

While for a few days I’d been content to eat lunch at my desk, I started wandering during this free hour and found myself noticing things about the city I hadn’t before. Next door was the San Miguel Mission, the oldest church in the United States built around 1610, and behind it was the positively ancient De Vargas Street House, the foundations of which date back to a 13th-century pueblo building, resulting in its only slightly incorrect appellation as “The Oldest House.” While I stared at it, I thought about an essay I’d read explaining how this house’s past was a sort of synecdoche for the history of the entire state, from its pueblo roots to its Spanish occupation to its use by Genízaros to even its current fame as tourist trap for white visitors.

I’d walked past this area hundreds of times in my life, been annoyed by the throngs of people photographing these buildings, posing in front of them on their way to purchase turquoise jewelry and visit the Georgia O’Keeffe Museum, but I’d never really paid them much attention. I’d never stood inside and thought about the people who constructed these buildings, the ones who had worshipped and lived in them.

My lunches became a free hour to explore downtown Santa Fe, and I spent my weekends driving to the far corners of Albuquerque, both with friends and my own. Gradually I began to realize that while those negative facts and stories so often bandied about on the news were true, they were a tiny picture of what this land really was, a form of propaganda filled with stereotypes and false conclusions made to keep the current narrative of pessimism in place. Though at the time I felt restless, like I was treading water by screwing around in New Mexico rather than traveling the world or working for some exciting publisher in New York, in hindsight that summer did more to shape me than any other in my life.

For the first time in my life I stopped feeling vaguely ashamed of where I was from, as if I needed to apologize for our shortcomings, instead I began to see our value. The word querencia refers to a metaphysical concept in Spanish, one that I’ve come to connect with New Mexico. The writer Enrique Lamadrid defines it as, “the place of returning, the center space of desire, the root of belonging and yearning to belong, a destination overflowing with life but suitable to die in that vicinity where you first beheld the light . . . Querencia in collective terms is homeland.” This is what I finally found.

On the side of my desk is a pile of books about New Mexico I’ve been reading for research, just like there was for the last two, just as I’m sure there will be for years to come.

Years later I moved away from Albuquerque to be with my partner in Nashville while she finished graduate school, and I began writing full-time. Much of what I produced was freelance journalism, some of which was even worthwhile, but my main project was to work on fiction. Yet despite my new location, or that I’d lived the majority of the past decade elsewhere, I had no question in my mind what the setting for my nascent novel would be, or what the setting would be for all of my writing: New Mexico.

There are many reasons to love books, but one that always pulls me into a story is when the author captures the feeling of a location, whether that’s James Joyce’s Dublin or Edward P. Jones’s Washington D.C. or Alice Munroe’s Ontario. If I succeeded at nothing else, I wanted my writing to feel like Albuquerque, to capture the tenor of this city in all its splendor—lovely and terrifying, heroic and tragic, above all contradictory and complex. I might not succeed, but at least I would do my best.

On the side of my desk is a pile of books about New Mexico I’ve been reading for research, just like there was for the last two, just as I’m sure there will be for years to come. Does any of this information I’m absorbing make it onto the page? Sure, sometimes. Occasionally. However, the vast majority of the time it doesn’t, after all I’m not writing history books, so why does it matter to my characters how much I know about 18th century conflicts? This is not to say, though, that this time is wasted, nor is the time spent mapping out every location and the routes characters would take between them, or obsessing over landscape descriptions when no one but me even knows where these locations are let alone if they’re real.

All of this matters because doing this work takes me back home, fills my dreams with images of the city, and allows me to feel that sense of belonging that doesn’t exist when I’m stuck in reality, stuck outside of the page. It’s this knowledge about where your story is set that fills up your imagination, leaving an imprint on characters and their decisions regardless of its invisibility to readers.

There’s a certain irony to the fact that I’ve lived away from New Mexico while writing both of my novels, that I’m now outlining another book while sitting at my desk in Florida rather than back in the high desert where I belong. But if anything, it’s because of this distance that writing about home never feels like a chore, instead it’s a joy, a way of traveling across the country I get to partake in every single day, even if this also results in far too much time being wasted paring back early drafts where I pontificate about parts of Albuquerque of interest to no one but me. Writing about New Mexico with dedication and care allows me to feel like I’m there, if only in spirit, and this work touches me with the harmony of querencia regardless of where I am. 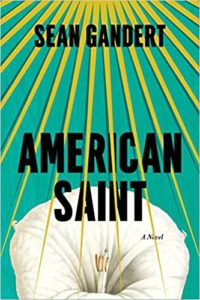 Sean Gandert’s novel American Saint is out from 47North on August 20th.

Sean Gandert is the author of the novels Lost in Arcadia and American Saint. Born and raised in Albuquerque, New Mexico, he has an MFA in creative writing from Bennington College. A freelance writer and college-English instructor, he currently lives in Florida with his wife and an increasingly large pride of cats. For more information, visit www.seangandert.com. 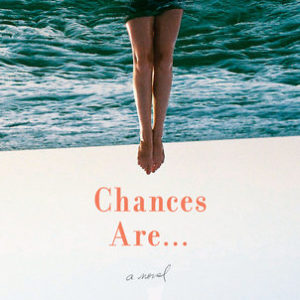 The three old friends arrived on the island in reverse order, from farthest to nearest: Lincoln, a commercial real estate...
© LitHub
Back to top
Loading Comments...