There’s no denying that Lolita is controversial. Some people really hate fancy prose, you guys! Yeah, I don’t get it either. And there’s also the whole Humbert Humbert issue. Actually, with a few exceptions, the dissenters in Lolita‘s one-star Amazon reviews fall into two major camps: they either find the book too morally repulsive or they find it too boring. Or both. Setting aside the irony of critiquing a work being both salacious and dull, I’d argue, while allowing for varieties in taste, that both of these are essentially misreadings—and so would a lot of the commenters on these one-star reviews.

But interestingly, of all the bad reviews of this type I have surveyed, Lolita has produced the most intense—and thoughtful, productive, and intellectually complex—arguments so far. Not mention the longest. So if you’re interested in why someone might want to read a book from the perspective of a grown man sexually obsessed with a twelve year old, or why someone might not want to read a book full of Nabokov’s beautiful, acrobatic sentences, you might skim some of the below—with fair warning that, if you’re anything like me, you’re likely to get sucked straight into an internet beef over a decade old. 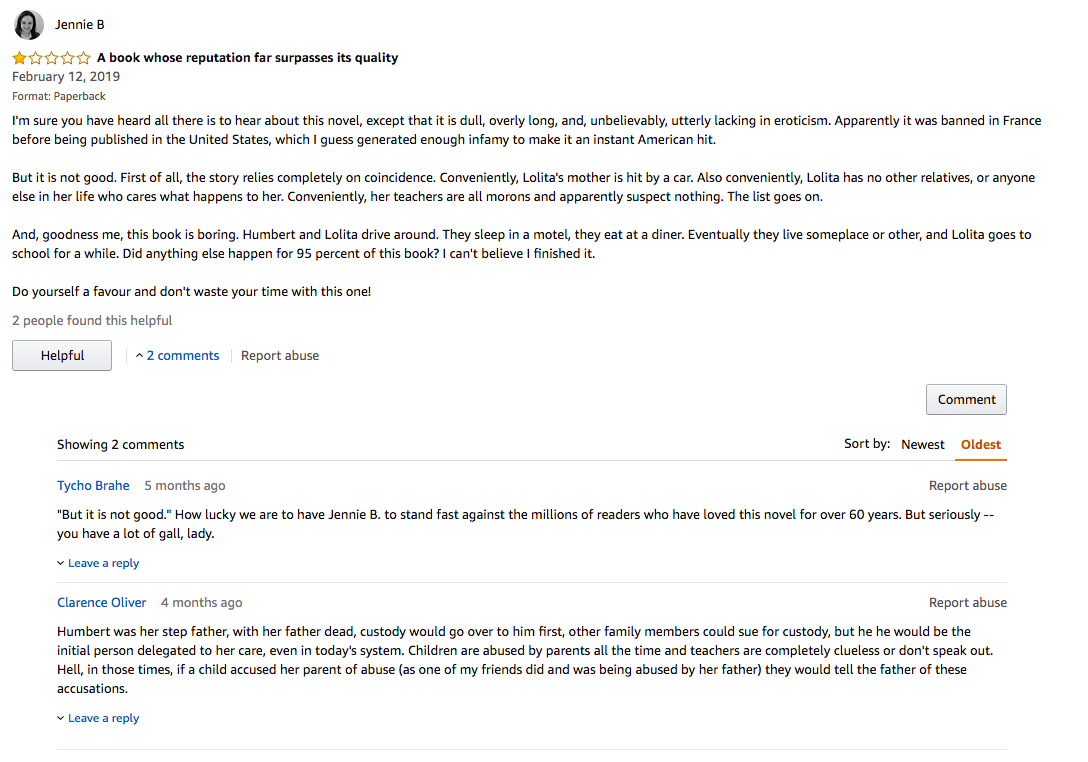 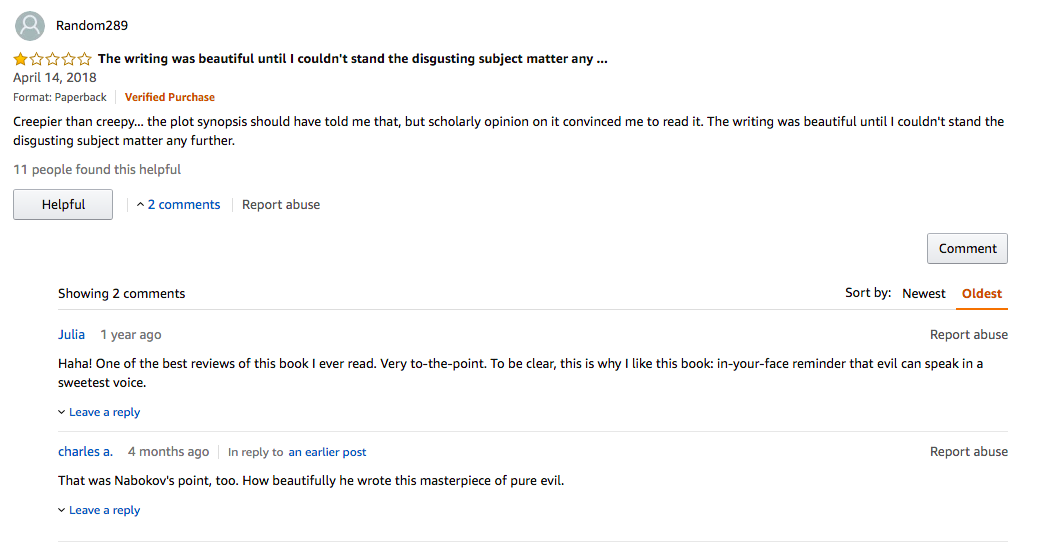 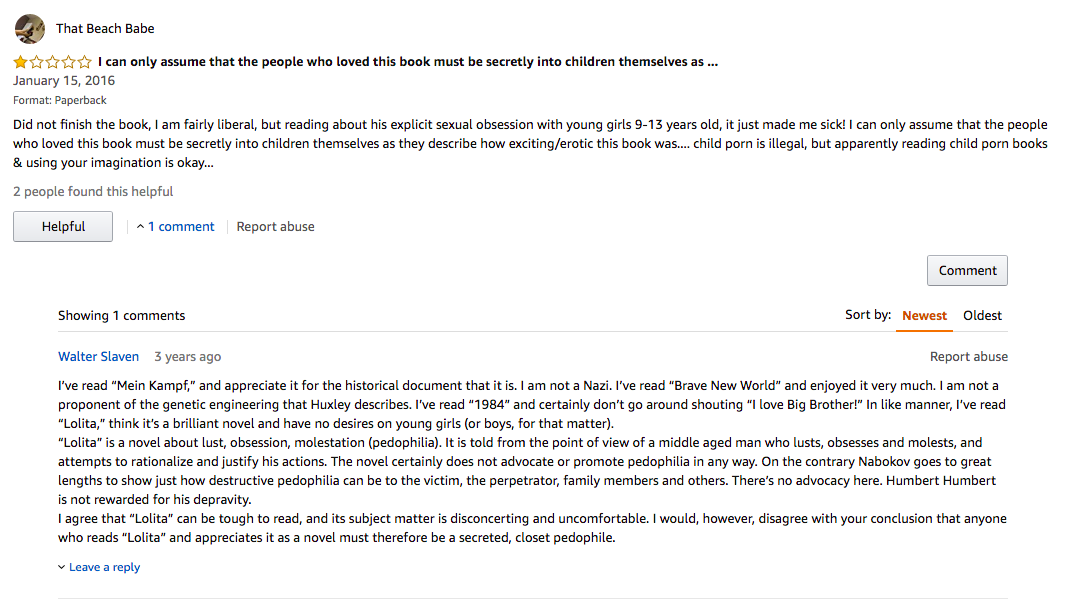 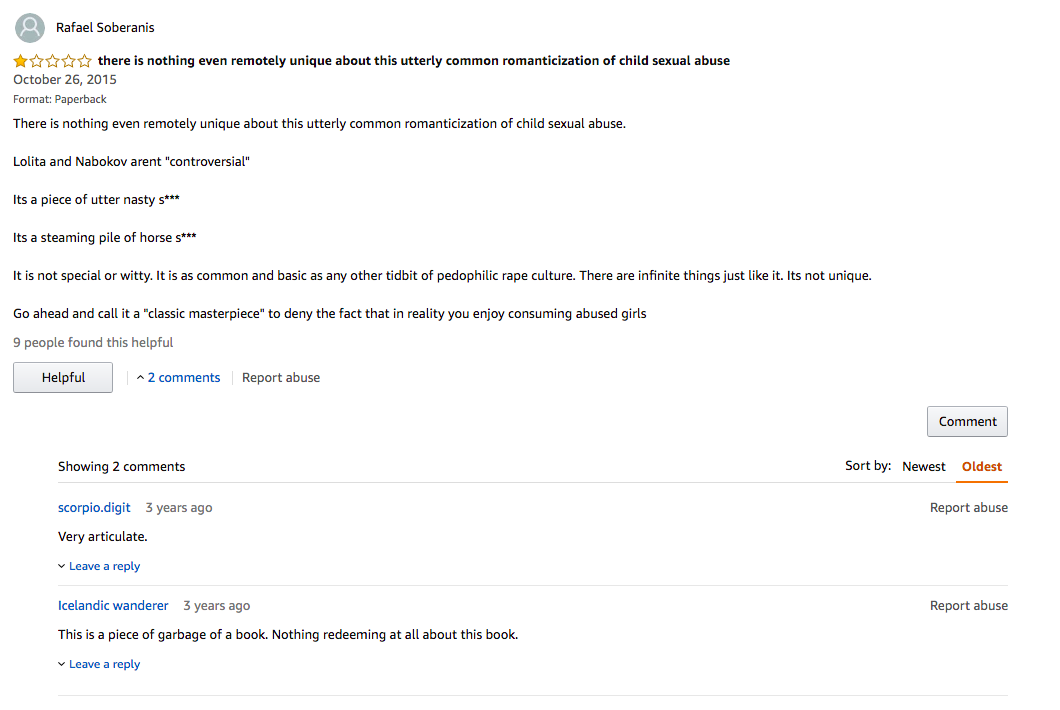 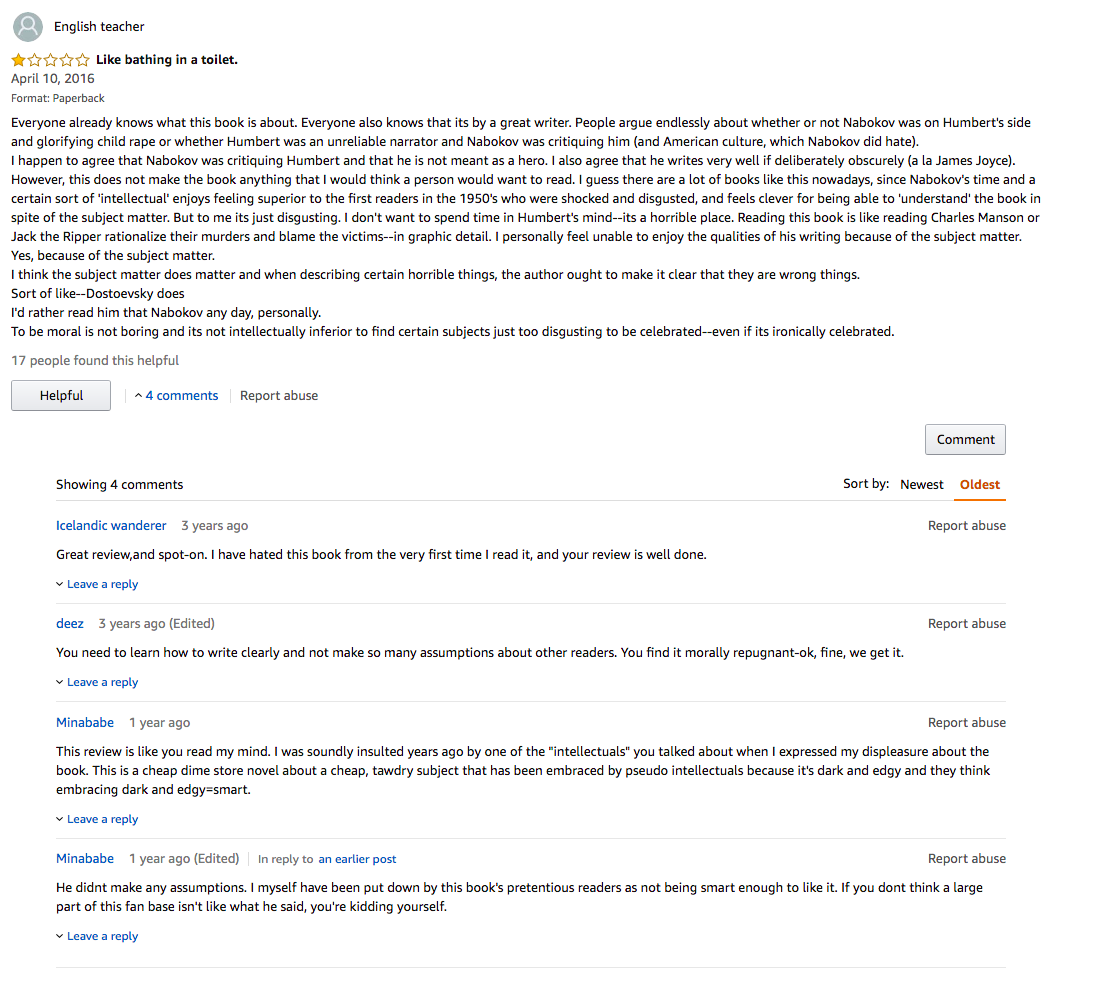 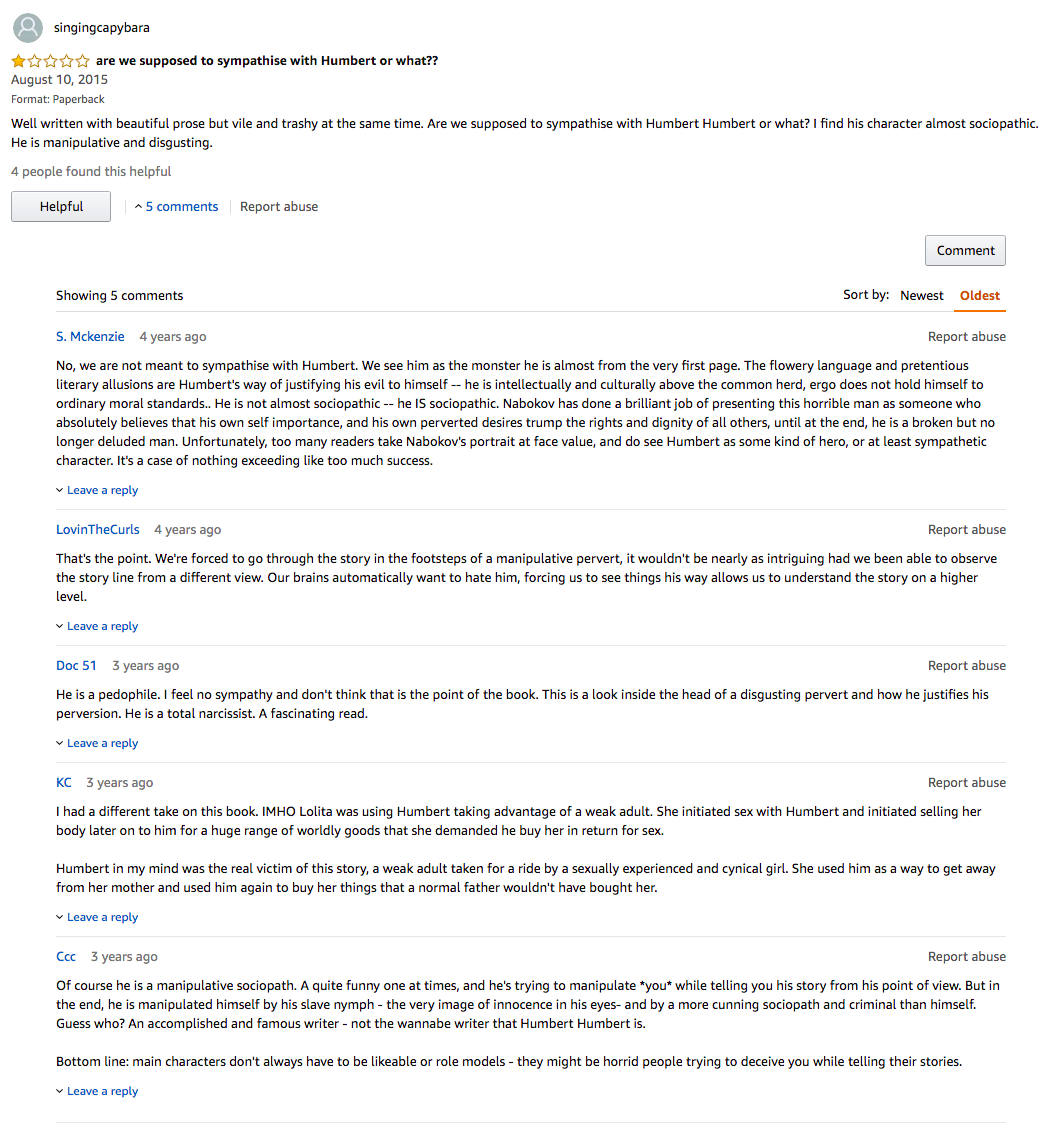 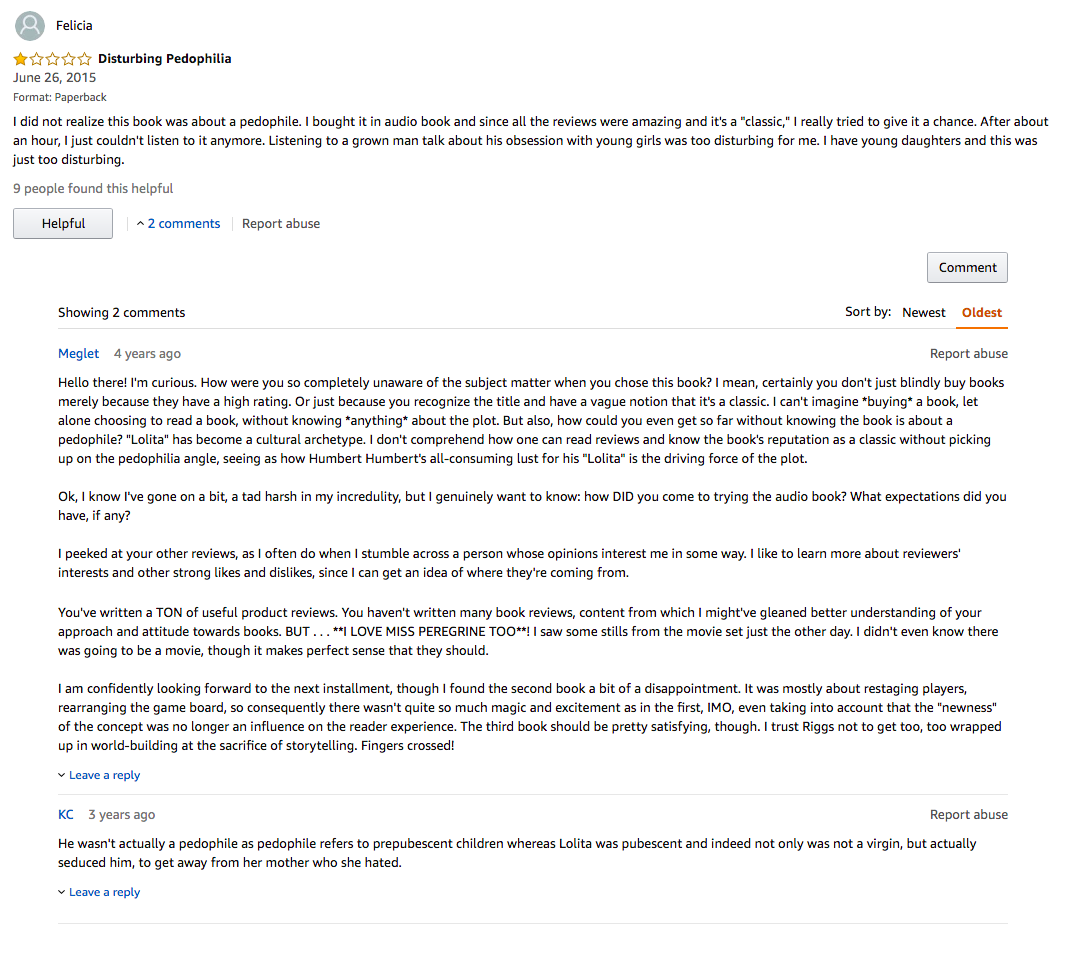 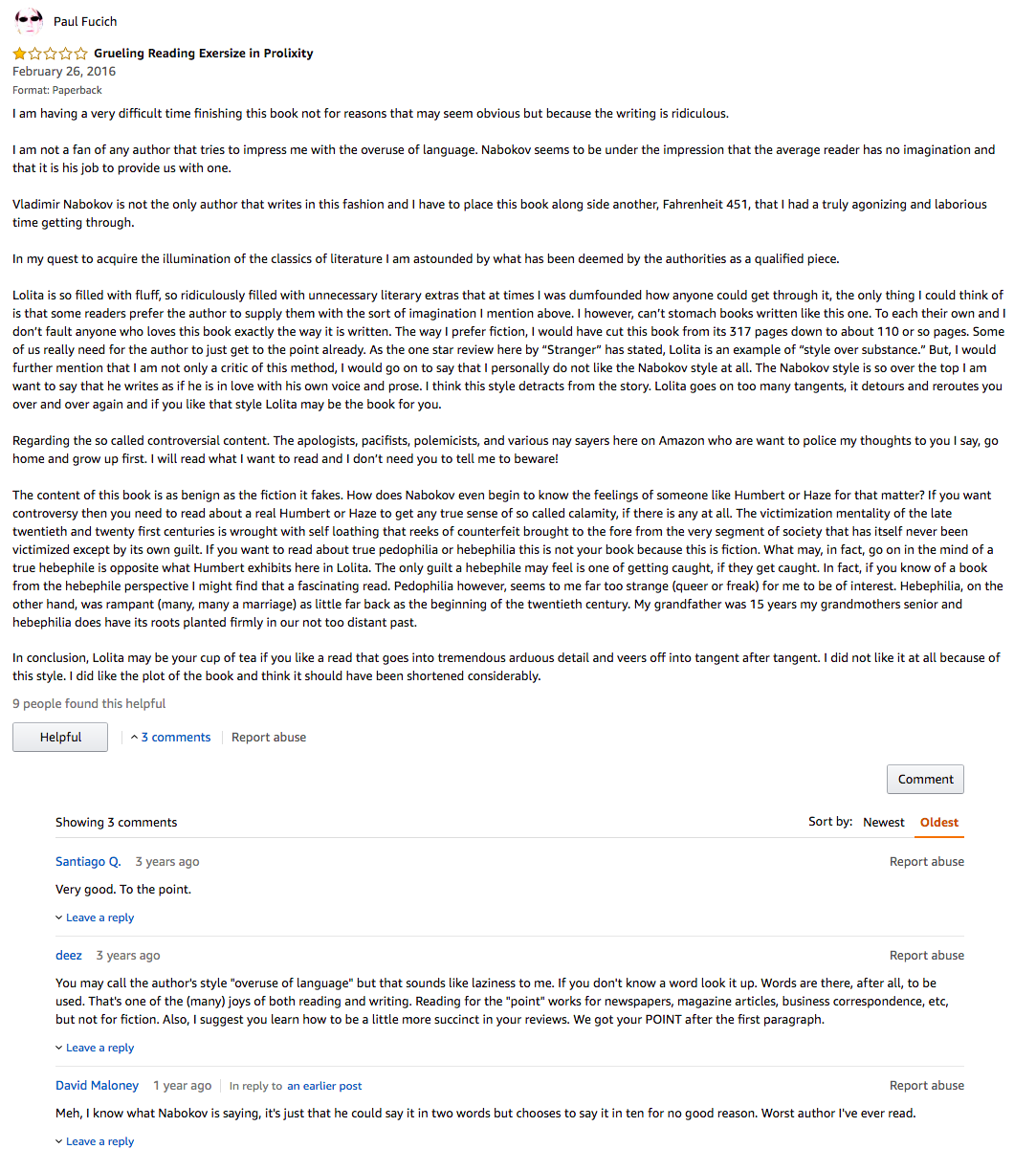 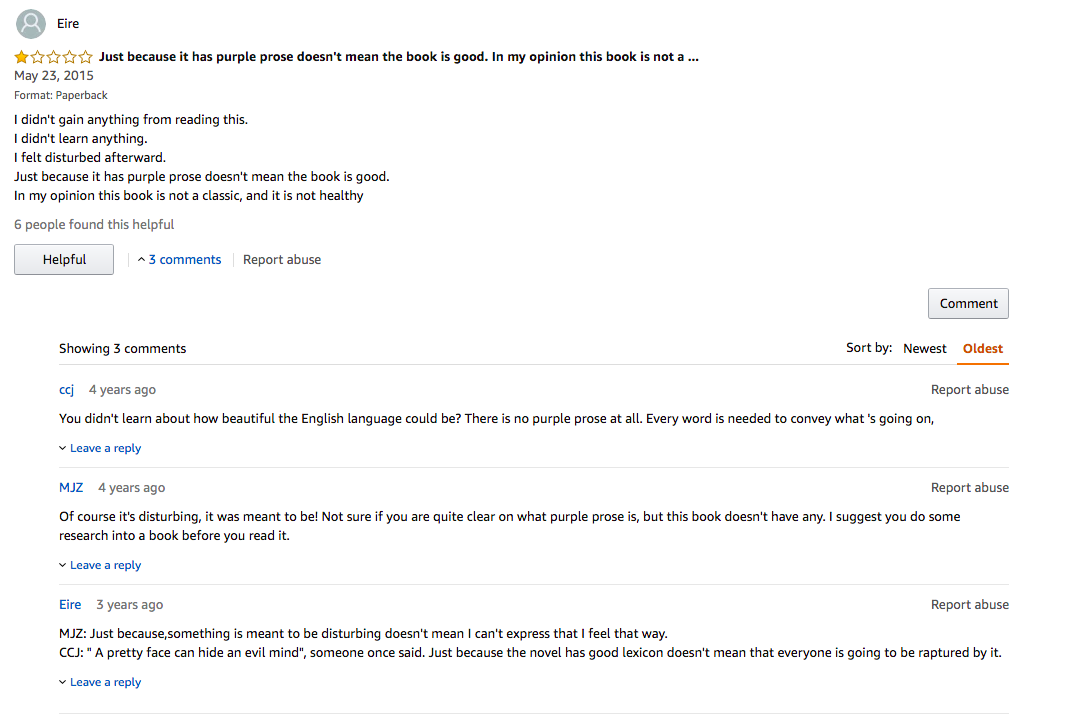 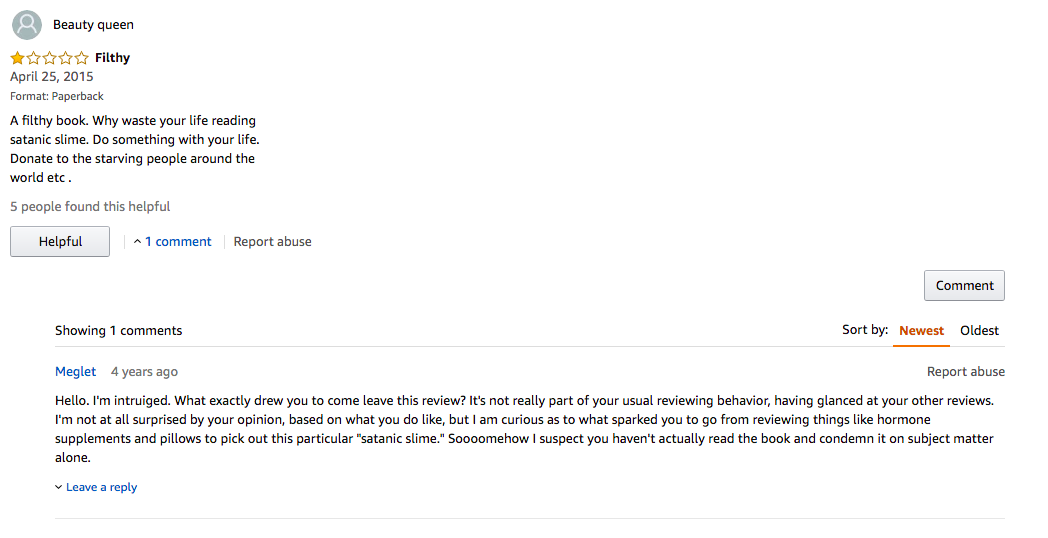 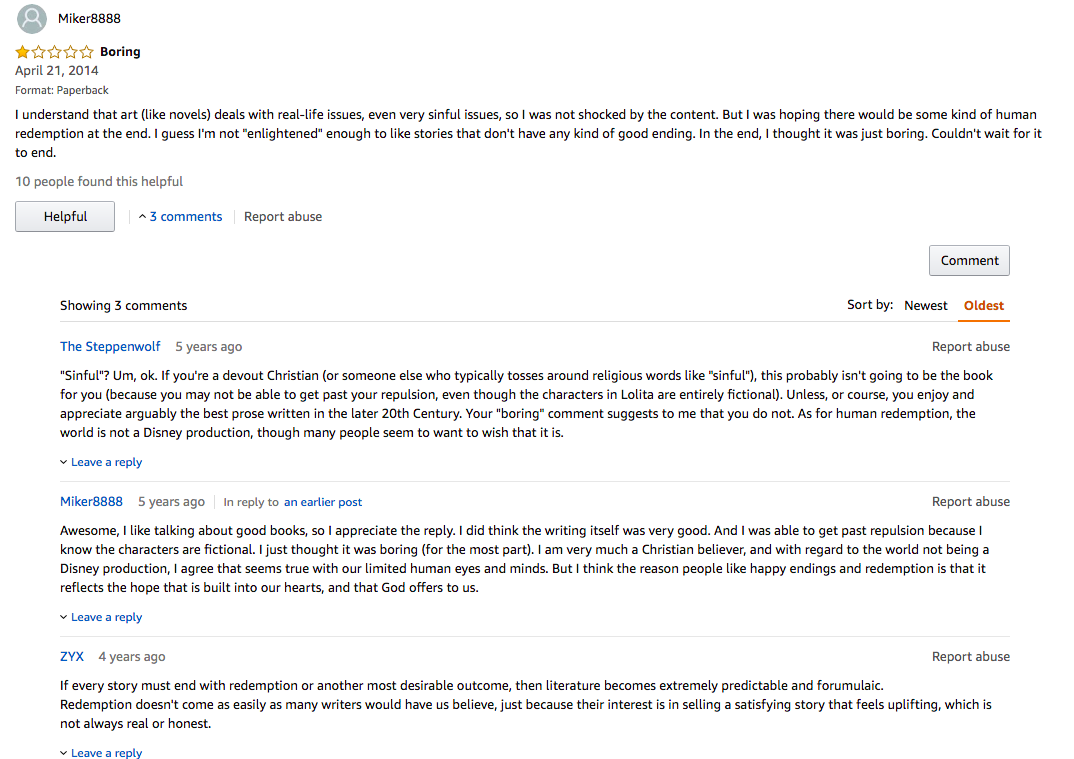 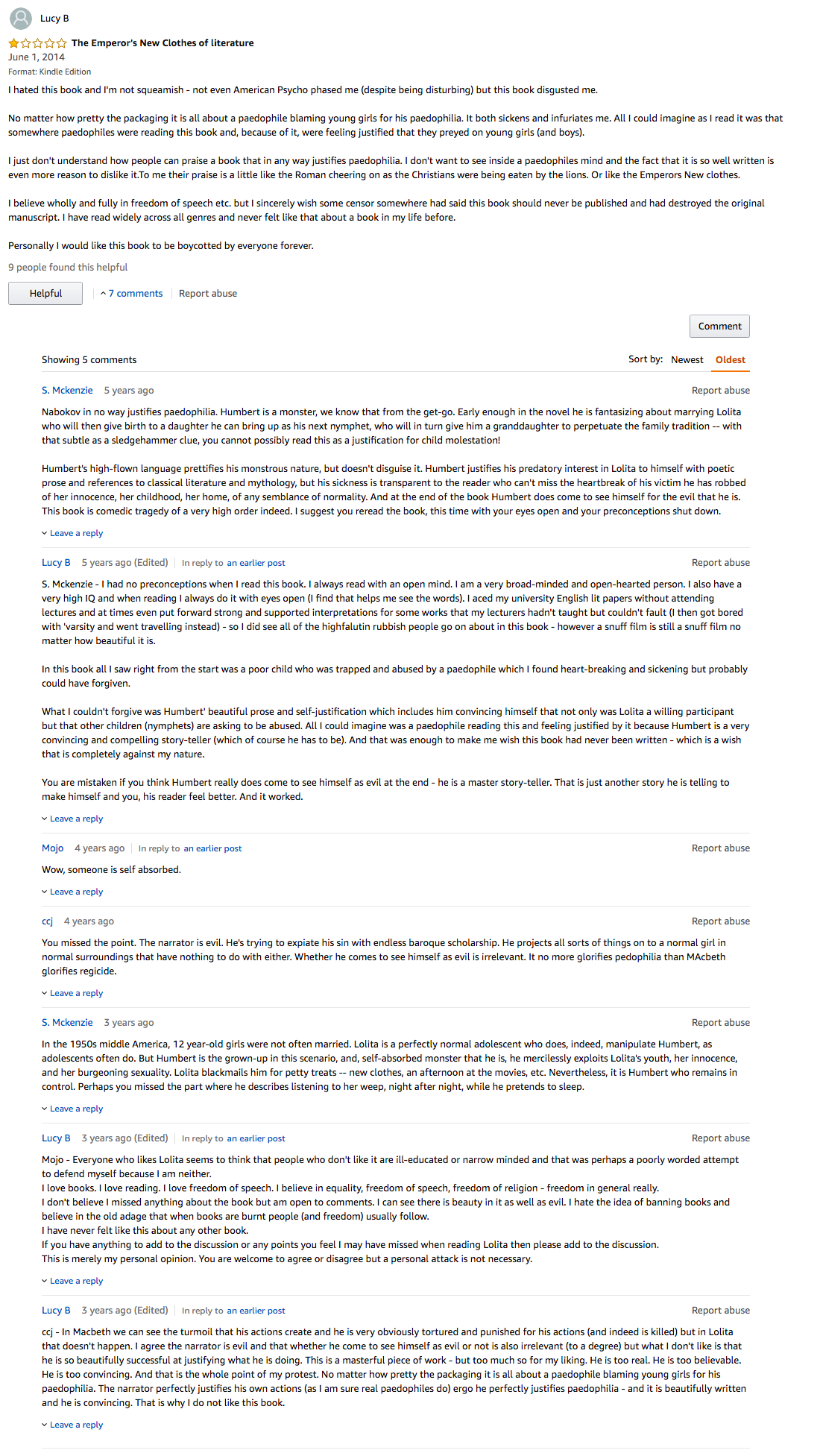 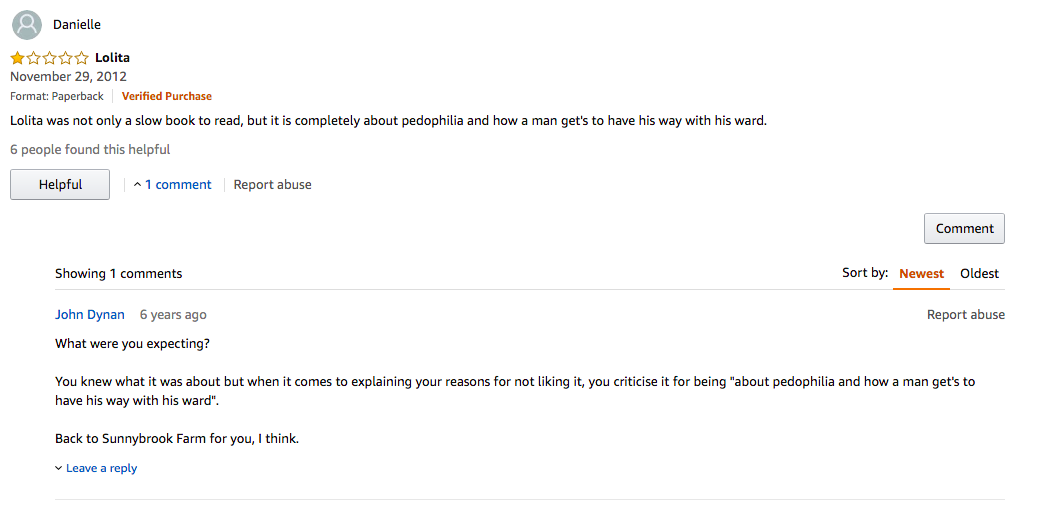 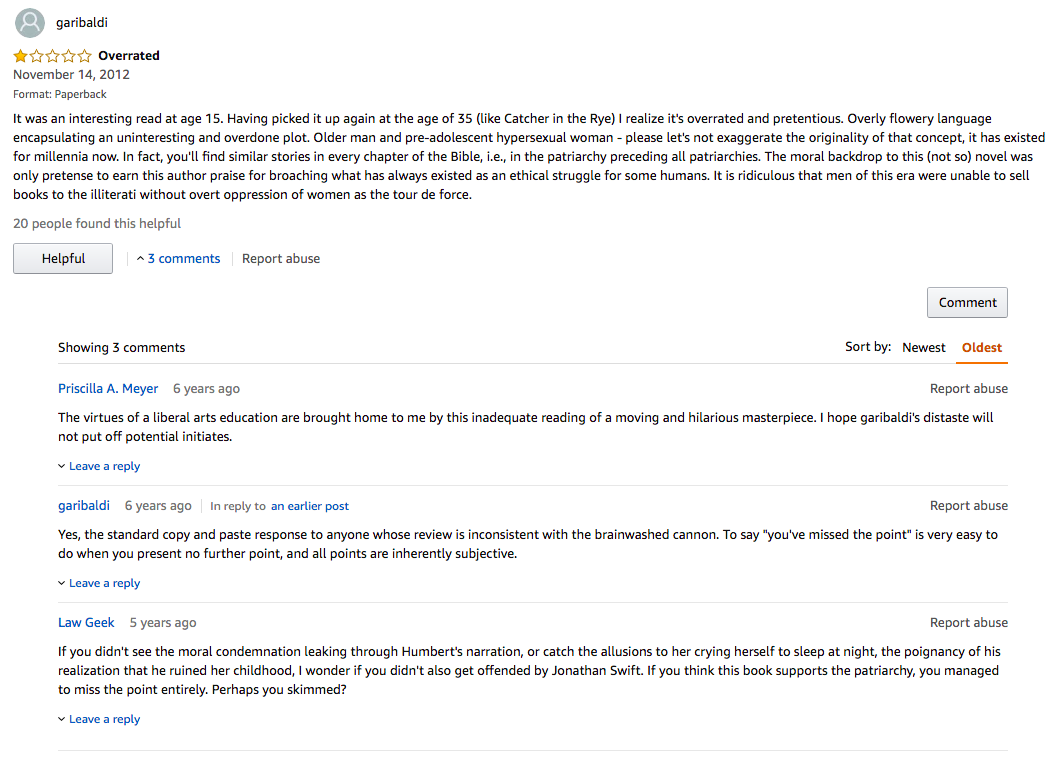 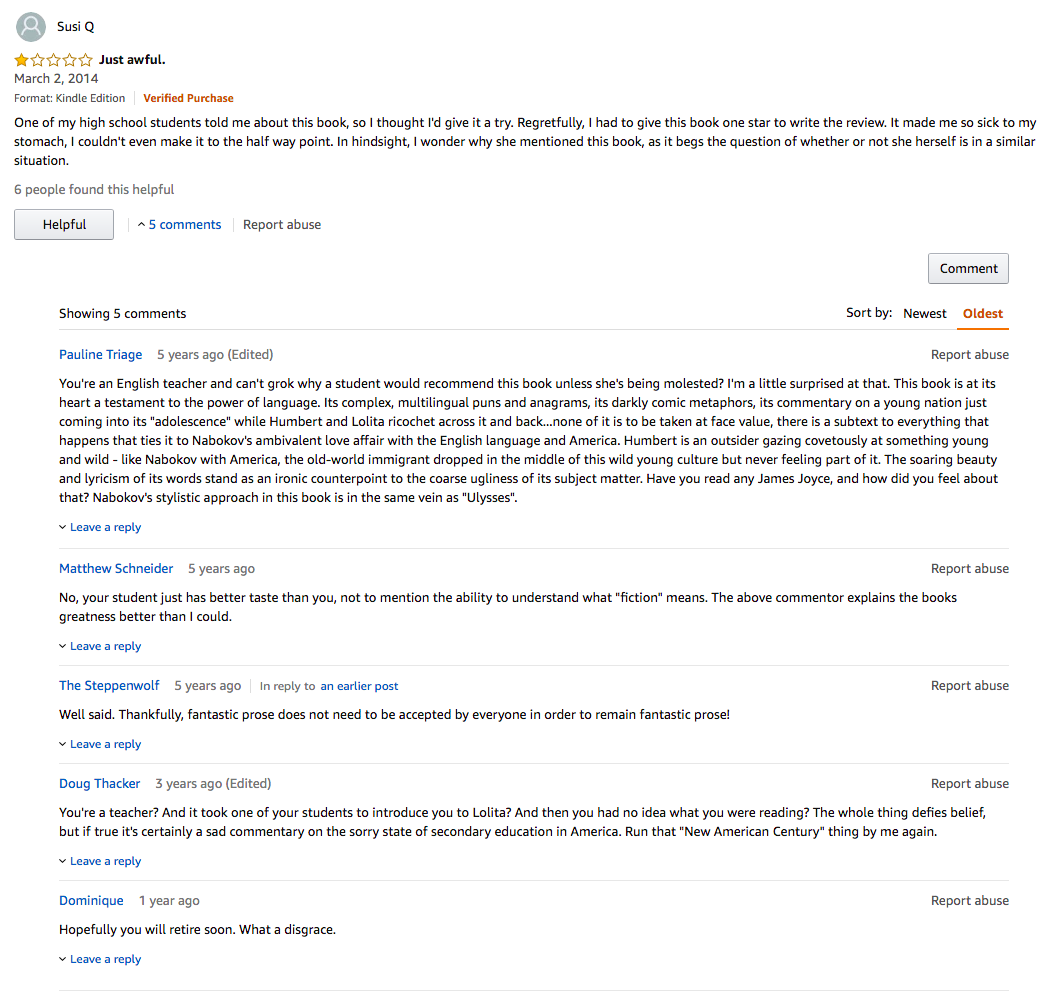 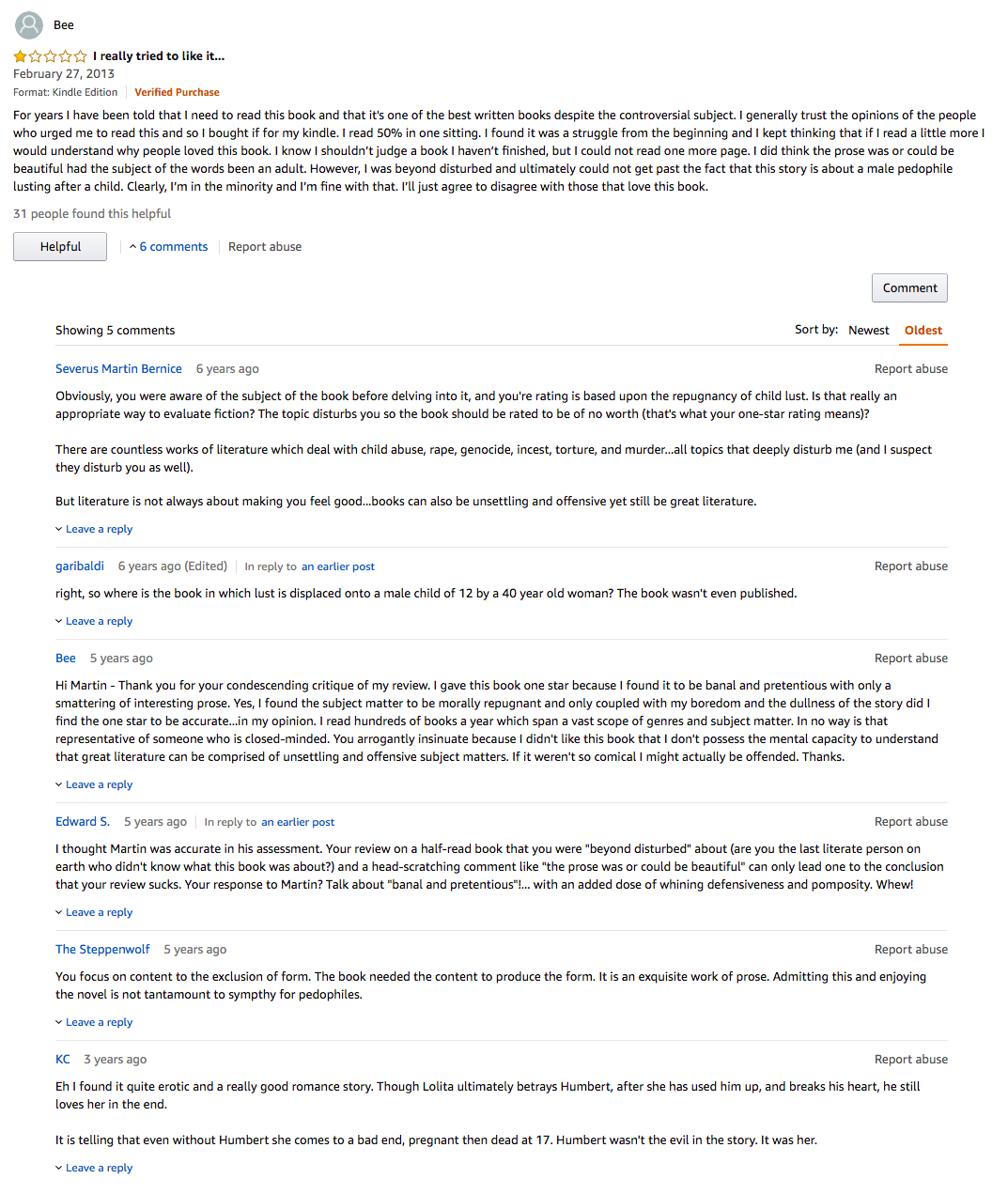 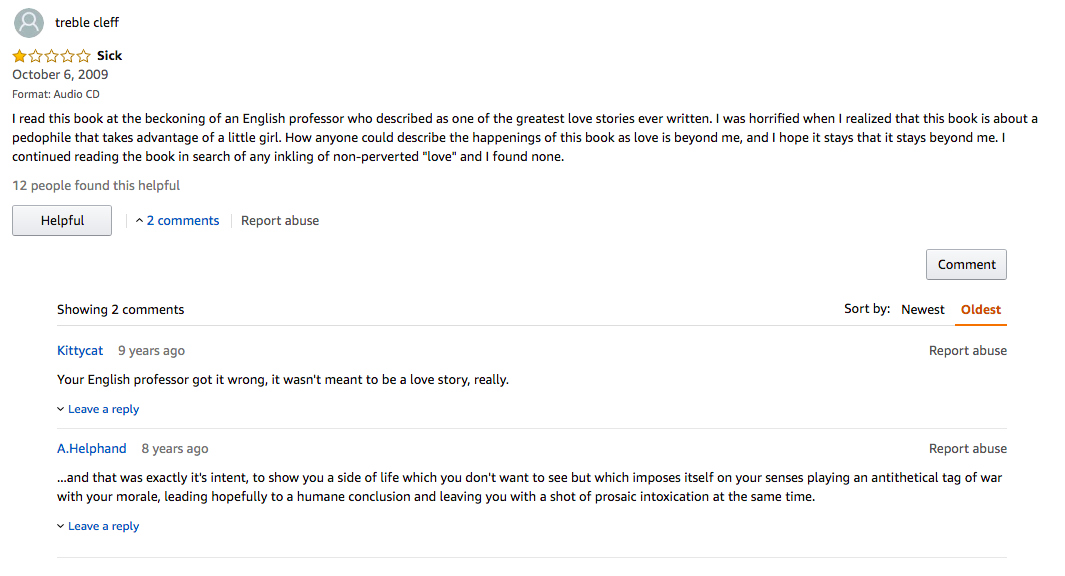 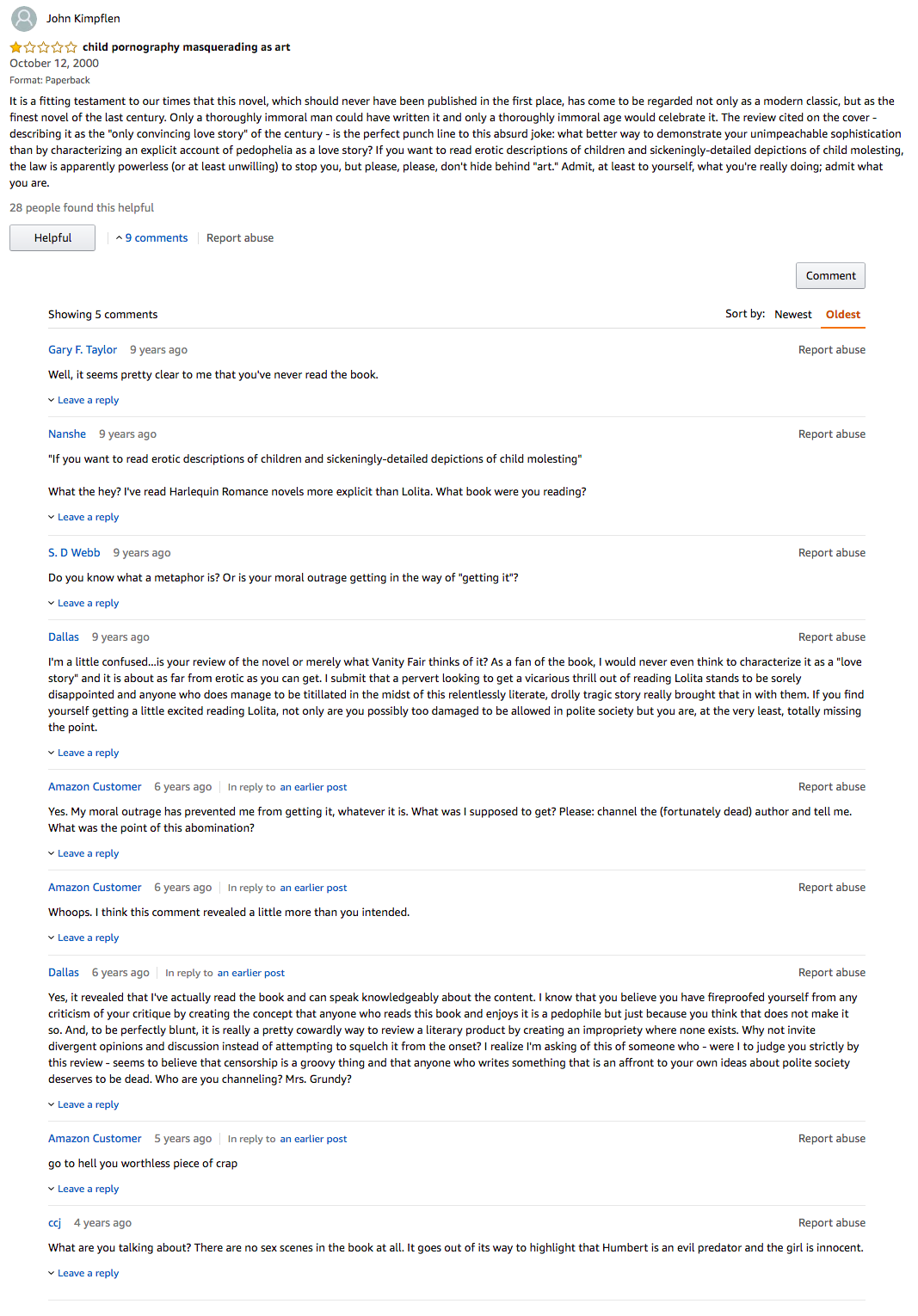 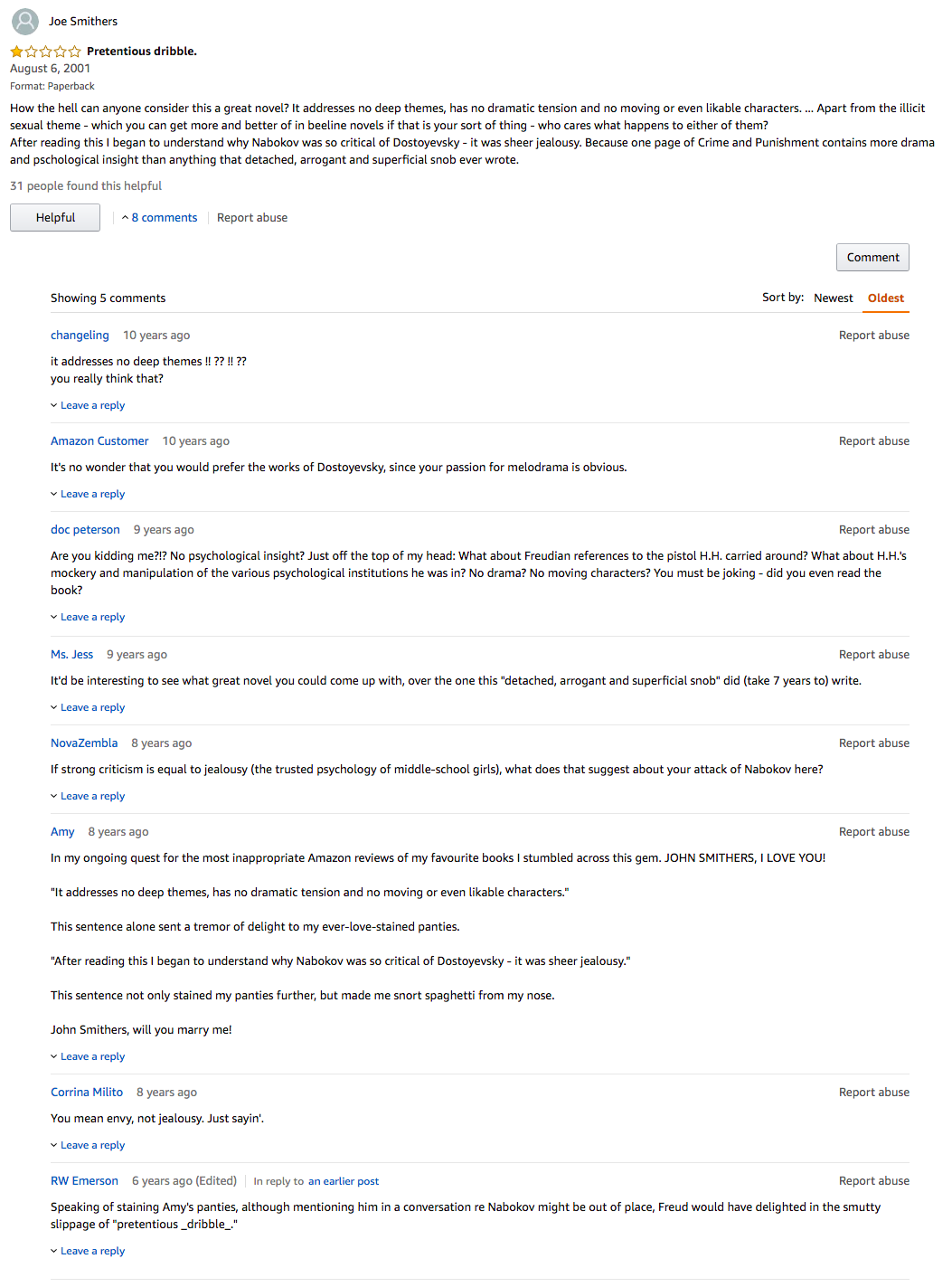 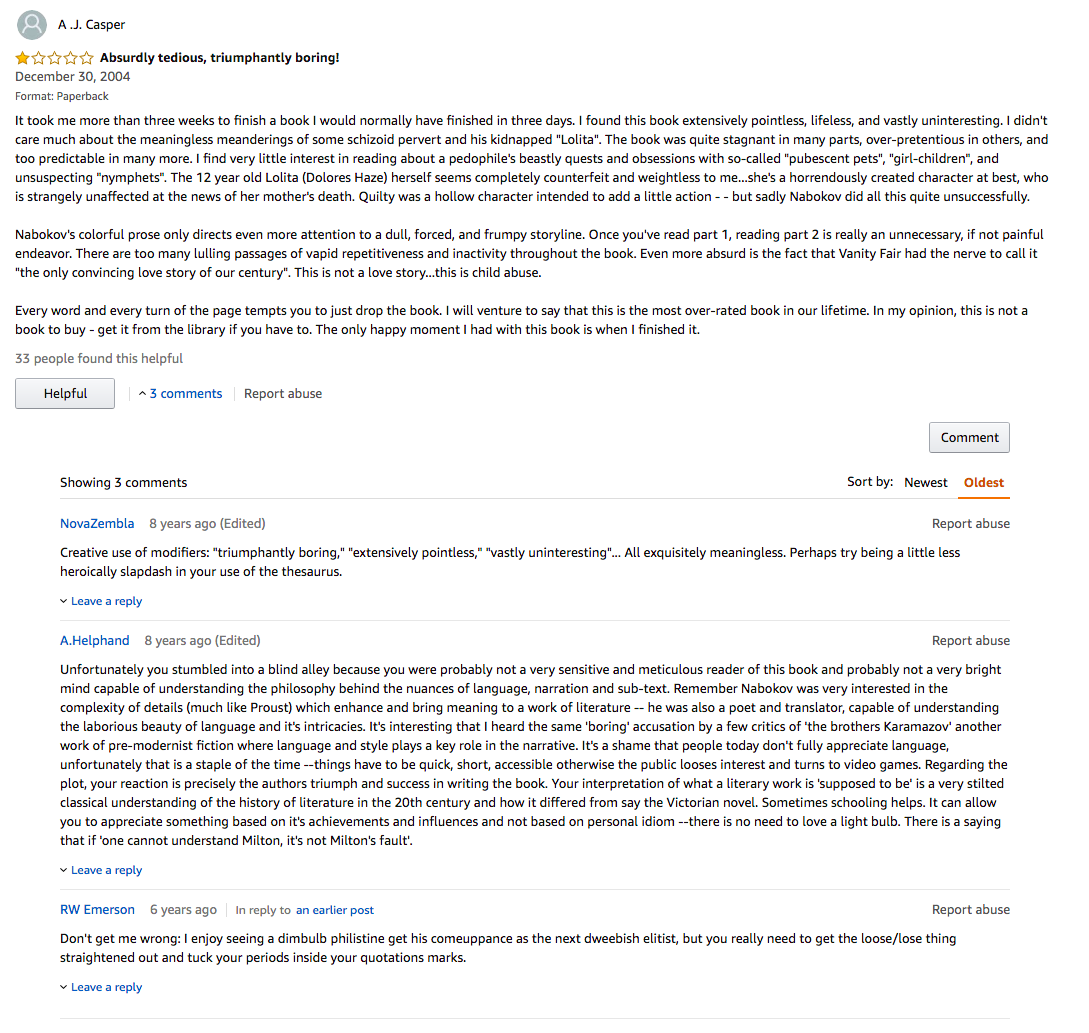 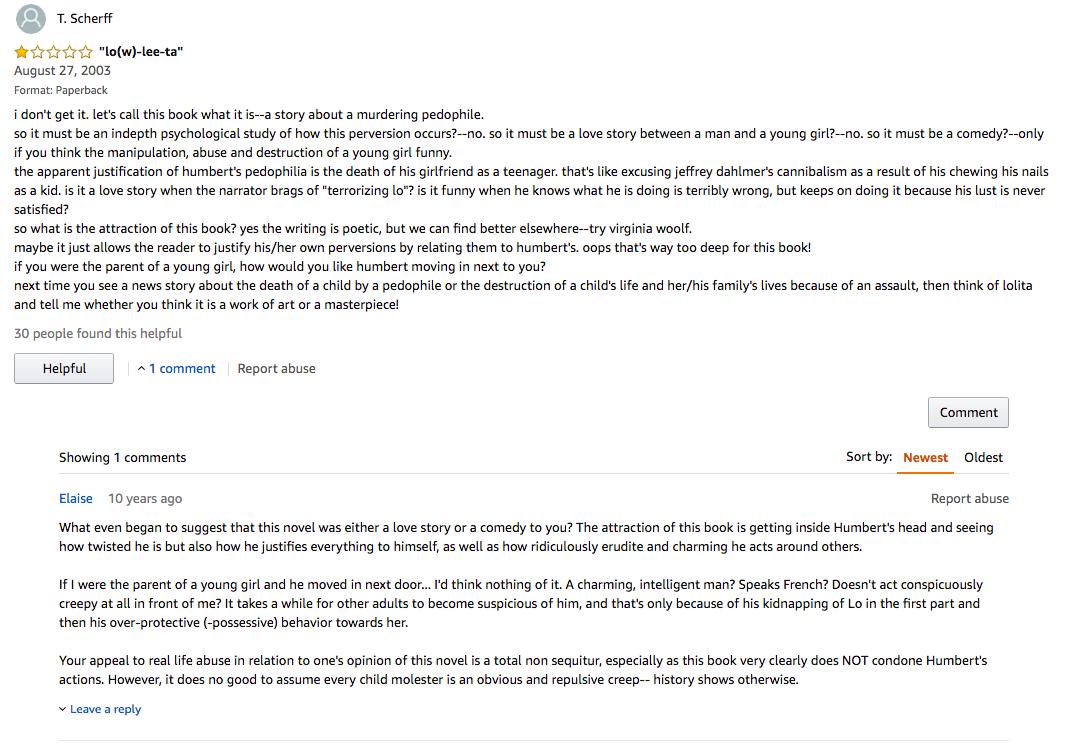 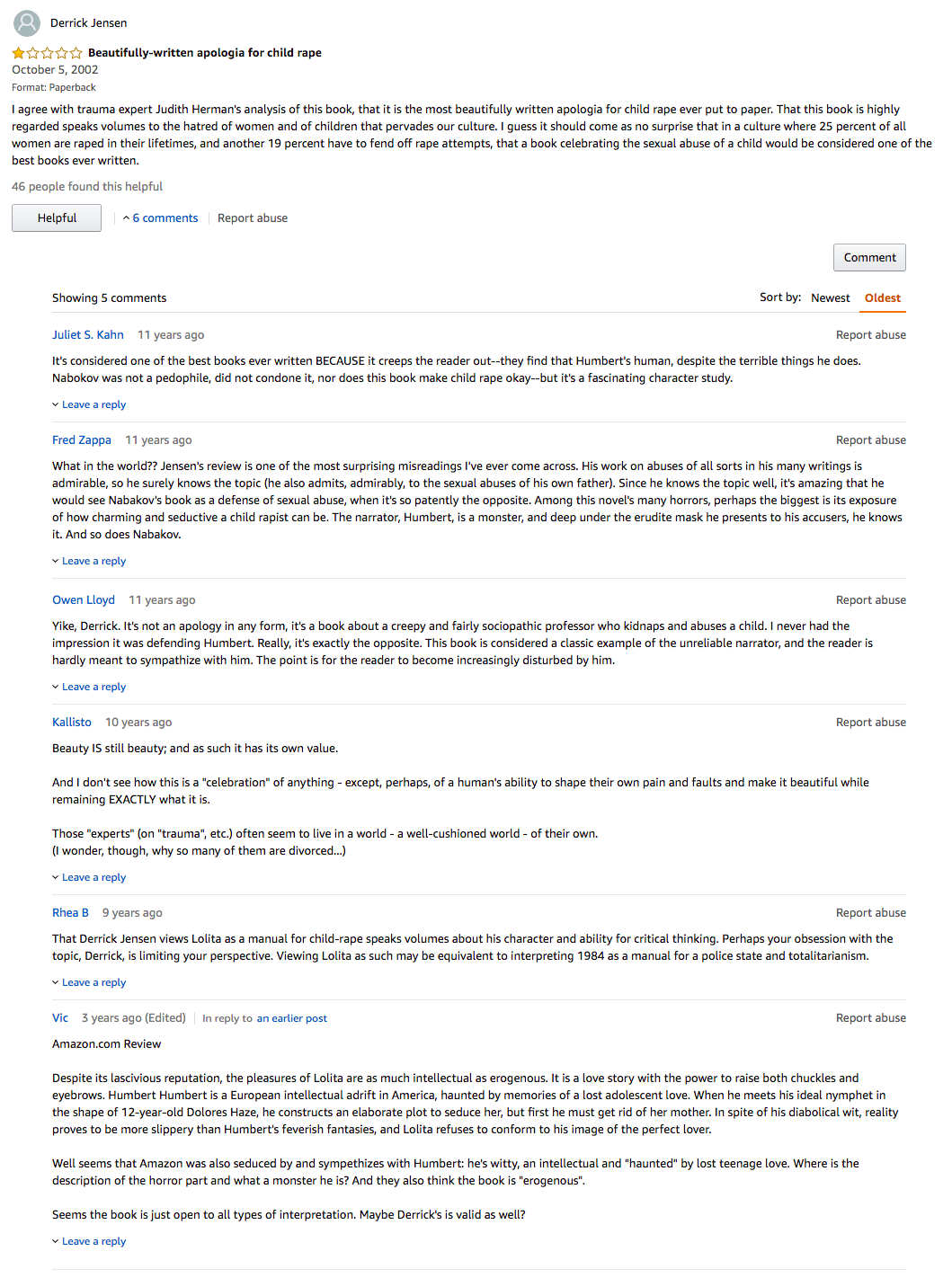 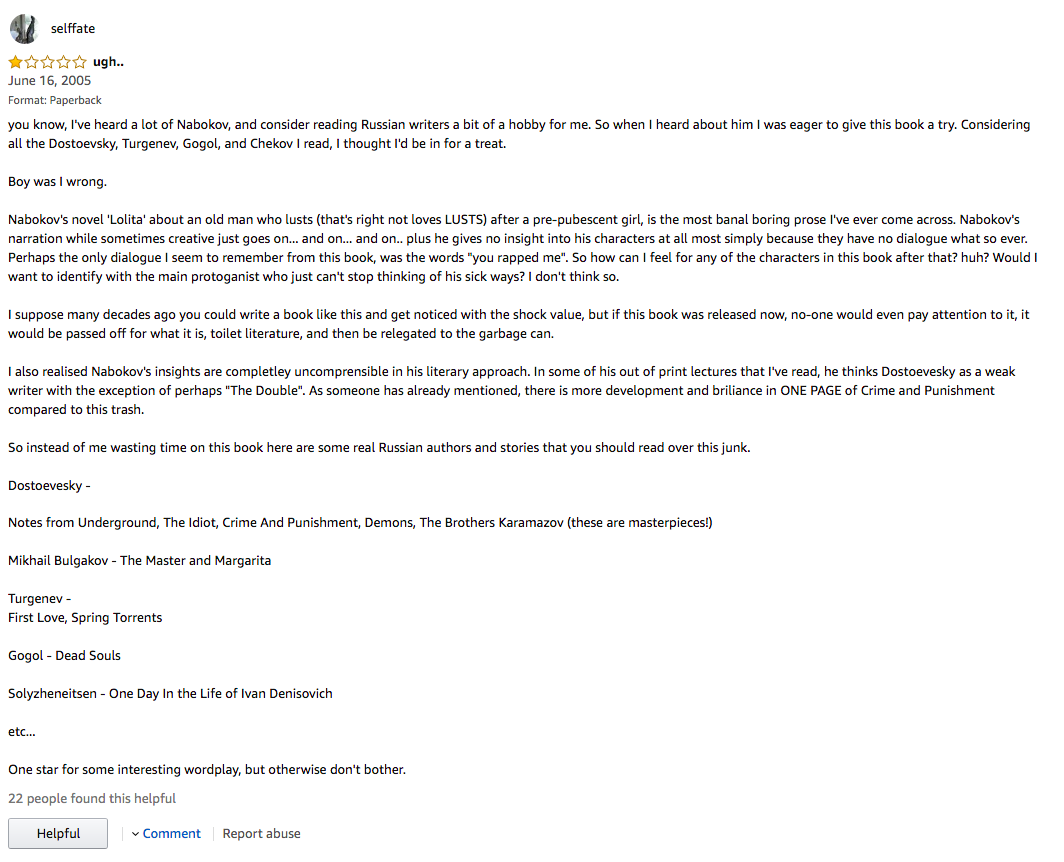 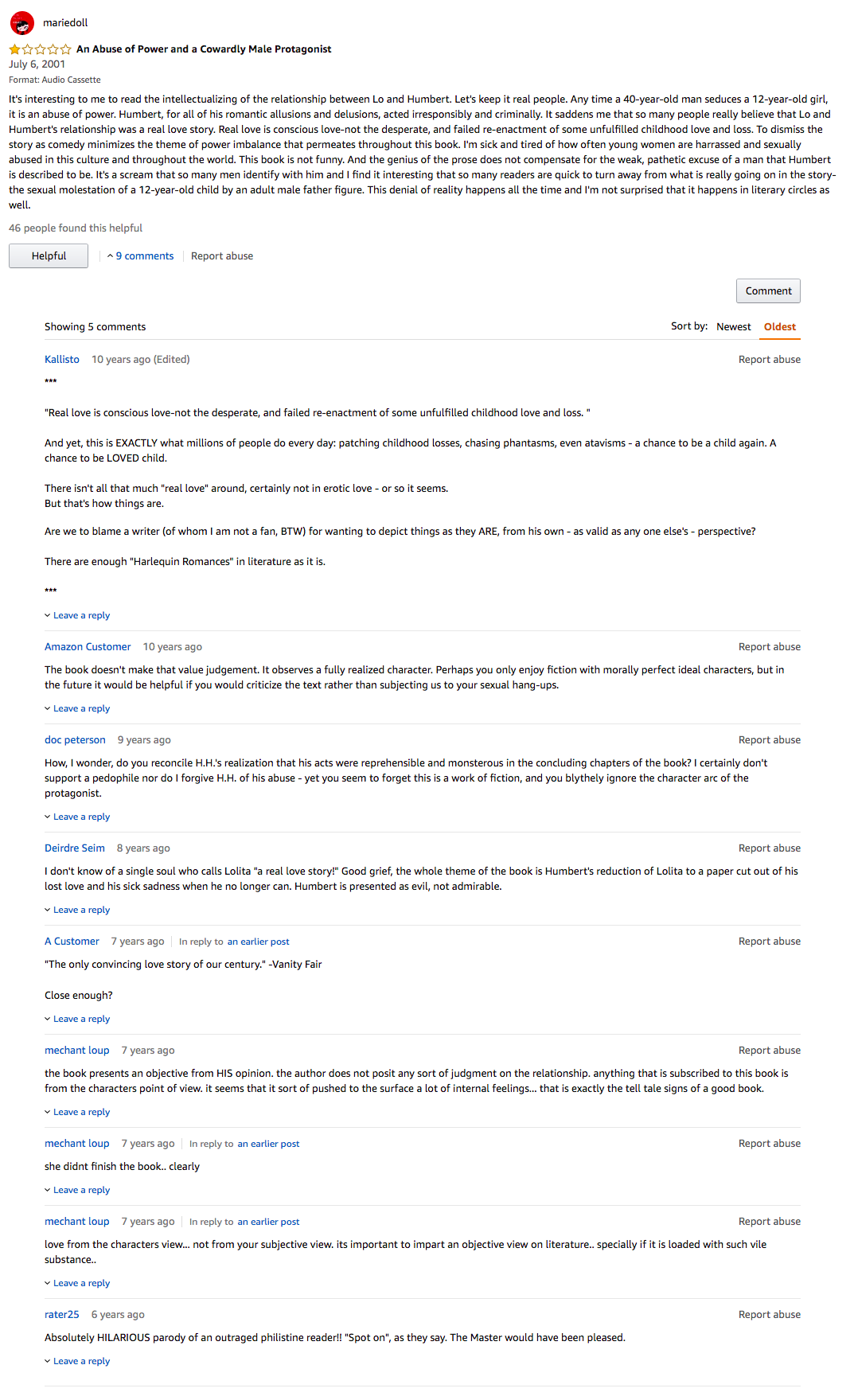 On the Love Hotels and Pleasure Quarters of Tokyo 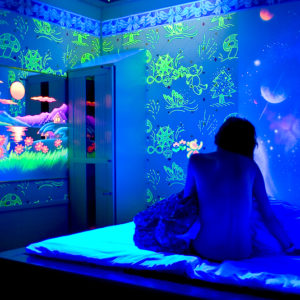 On the Love Hotels and Pleasure Quarters of Tokyo

Tokyo is a city of darkness, a city of light. Each melts into the other. At its center, the city of light blacks out, and at bridges...
© LitHub
Back to top
Loading Comments...