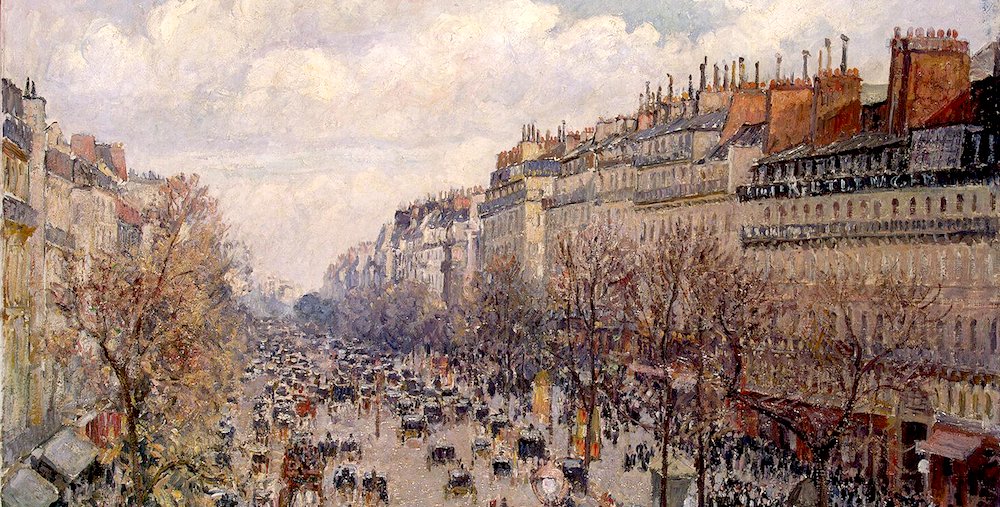 When I arrived at the Gare du Nord from Charles de Gaulle last January, it was early in the morning, and I had to pee desperately, but I didn’t have any money for the bathroom, so a woman paid for me. I think I must have looked miserable when I encountered the bathroom attendant. The woman smiled and took her wallet out of her purse and dropped a coin in the dish. I said Merci and smiled back. And then she left.

As I rolled my suitcase outside, I felt unprepared and sad, as if I no longer knew how to navigate a place I had once known well. I should have had change, I thought. It was still dark, and people were sitting outside in the heated café enclosures and drinking coffee. Maybe waiting for their trains. Or waiting for people to arrive on trains.

I took a cab to the apartment I had rented for the week and fell asleep for a few hours, even though I know that can be the worst thing to do for jet lag. The place was comfy and situated on a courtyard, just a half a block from the Canal St. Martin. In the courtyard was a small Christmas tree with twinkling lights and a pink plastic watering can in the shape of a rabbit. There was an old sign painted on the building—CUIR ET PEAUX—because the area used to be a garment district.

In the afternoon, I walked along the canal, still sleepy but with that sense of sharpness that comes with exhausted excitement. The locks looked sturdy and mechanical. I liked the idea that a boat could move through Paris slowly, working its way along. It was a Saturday, and lots of people were out. It was cold.

I walked. It all felt familiar, but also not. I saw a bracelet in the shape of an owl in a store window and went in and asked the saleswoman if I could see it. “Je peux…?” and I pointed. Can I…? I wasn’t sure how to continue. The woman handed me the bracelet, and I tried it on.

“Comment est-ce qu’on dit…?” I smiled. Was that right? How do you say?

“Oui,” I said, remembering the word. Hibou. One of my favorite words in French. I had wanted to say ours, but that is bear.

I found a bookstore near Place de la République and went inside. French bookstores smell like paper. I looked over the plain white covers, the neatness of the titles. I took books off the shelves and flipped through them. I bought a few things. Books will help me get my French back, I thought.

In college, I spent a semester in Paris. My friend Will and I shared an apartment—a former chambre de bonne, at the top of the building (five flights up, I think?)—near the Parc Monceaux. I bought floral flannel sheets at Tati with little pink rosebuds on them. They pilled all over the place, but I loved them because they were my sheets that I had bought myself in Paris.

I had a French friend named Anne-Virginie, or Anne-Vir, who lived close by, in the apartment she had grown up in, with her parents. We had met at Middlebury College in Vermont three years earlier, the summer after I finished high school. I was a student in the French immersion program, and her father was a professor. She had been coming to Middlebury for years. It was a family tradition. We became close, along with two college students, Marc and Gregg, who had worked at Middlebury for a number of summers. Marc’s parents were also professors, and he and Anne-Vir had known each other since they were kids.

Books will help me get my French back, I thought.

It was like being at college before college. I went to class and wrote papers and spent afternoons in the language lab, in headphones, reading sentences out loud from a slim paperback book called Le français par le dialogue. The sentences had little arrows above the words, pointing up and down and to the side, which I suppose had something to do with inflection. We all sat outside on the grass in the evenings, in front of a building that was meant to look like a château. Needless to say, we called it Le château. And we spent virtually every evening, late into the night, in Marc’s dorm room. I don’t know how I got any work done, but somehow I did. And we all spoke French.

Anne-Vir and I visited one another over the next few years, and then during my semester in Paris, we were constantly back and forth between our apartments. Her parents’ place was elegant, and it seemed quintessentially Parisian to me. Old-fashioned. Classic. I remember her mother sitting at the kitchen table, drinking coffee and smoking cigarettes. She was always impeccably dressed and coiffed—different from Anne-Vir, who was more informal. The building was tucked away on a quiet street in the 16th arrondissement, and there was a tiny elevator with a brass accordion gate that just fit two people.

I came to know the city through Anne-Vir. It was her city, and she showed it to me. We always spoke in French. It was easy for me then. I wrote research papers in French. I dreamed in French. I could even make jokes in French. I was at Reid Hall in Montparnasse, a program that brought together students from a number of American colleges. I remember the red neon sign for the restaurant Hippopotamus nearby, not because we ever went there, but because I liked to see that word lit up on gray days. There was a statue of Rodin’s Balzac by the school, and we would all say hello to him.

Paris felt like it was mine. I knew its streets and boulevards and squares, its Métro, its cafés and cemeteries and tabacs. I knew the river and the bouquinistes. I knew the green chairs and the fountains and the crows in the parks.

When I went to Paris last January, I had not been back for a number of years. Over the last twenty years, I had gradually lost my French; I had also lost Anne-Vir. Nothing in particular accounts for either of these losses, but the latter always seemed the more serious of the two, the one that could not be fixed. The main purpose of my trip was to undertake some research for a book, but I also went to see what kinds of lost things can be found.

And I went, in part, because of something I had written. In the summer of 2017, this site published an essay about a book of Verlaine’s poetry that Anne-Vir had given me years ago. I had read this book in countless cafés and bars and had committed one particular poem to memory: “Il pleure dans mon coeur.” The book always made me think of her and of the past. And I still had it, on a shelf in my house in North Carolina. I sent the essay to Marc because I thought he might like it, and he asked if he could send it to Anne-Vir. I said yes, and he did, and she emailed me. And we made plans to see each other.

I went to see what kinds of lost things can be found.

We met up on my third evening in the city, at the Café Vivienne, in a lovely glass arcade not far from the Louvre. On my way there, I walked past the museum and the Café Marly, which has a view of the Pyramide. We used to go there when we were younger. It seems fancy for students, but we loved it.

I arrived at the café early and sat down at a table in the corner and waited for her. I don’t quite remember what it was like to see her again, when she first walked in the door. Or if I do remember, I remember that it felt entirely normal. We had wine. We talked about what we had been doing over the years. We both knew a little about the other from Marc. She spoke in French, and I spoke in English. I wanted to be able to speak freely, to make myself understood, and I could only do that in English. And I could still understand everything she said. I wondered if the waiter thought we were funny—having a conversation in two languages. (In Paris, probably not.)

She looked exactly the same, in a way that was also a little different. She had studied architecture when we were younger, and now she’s an architect. She has a daughter. She has an apartment that is her taste—minimalist and modern, without a lot of stuff.

She called me “Suzanne,” which I had not heard in a long time. There were a couple of moments when I said, “Do you remember…?” when I wasn’t sure if she had known someone I was talking about, or if she remembered a particular event, and she would nod and say, “Ça me dit quelque chose.”

Then it was late, and we made plans to get together again in a few days. When I got back to my place, I took off my coat and poured myself a glass of wine and sat on the sofa. I kept thinking about the phrase, “Ça me dit quelque chose.” Most people would translate this as “It rings a bell,” and that is the sense, but before you translate it figuratively, before you bring in the idea of memory as the ringing of a bell, it means: That says something to me. It’s about memory as a kind of speaking—a prompting, an urging of the familiar.

To hear Anne-Vir speak French was to hear something as familiar to me as myself. For the rest of the week, although I still didn’t speak much, I started to map out sentences in my head as I walked around: things I could make real, if I wanted to. I wasn’t sure if I wanted to yet—I wasn’t quite ready—but they were there, my sentences, and they said something to me, about the language and the city and my old friend; they said that maybe it was all still there. 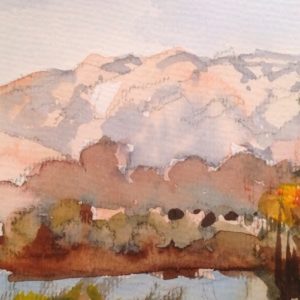 I spent most of my childhood fantasizing about leaving Albuquerque. Sometimes I wanted to move to San Francisco. Sometimes...
© LitHub
Back to top