In honor of the 67th birthday of Ralph Ellison’s masterpiece, Invisible Man, here are 25 of the novel’s best covers • How conspiracy enters the American mainstream, from irradiated milk to demonic minions • Joshua Furst on the urgency of historical fiction • A profile of Susan Choi • When Nelson Algren fell in love with Simone de Beauvoir • Pico Iyer on autumn in Japan and the beauty of impermanence • Harold Bloom on Wallace Stevens, young love, and old age • Garth Risk Hallberg makes a strong case for reading Lucky Per, the great Scandinavian novel • “Who if not us?” 17 writers on the role of fiction in addressing climate change • Bryce Andrews visit’s Montana’s Mission Mountains, where grizzly bears and hobby farmers come face to face • “If Buttigieg is elected, do I think it bodes well for his presidency that his favorite book is Ulysses? Yes.” Tyler Malone on judging candidates by their shelves • On Heike Geissler’s grim account of the Amazon workplace • Cecelia Ahern on how she writes a novel a year •

A poem from Forrest Gander’s Be With, winner of this year’s Pulitzer Prize • Why are so many fictional teens entering cults? • Tips on raising a strapping boy-child (Victorian-style) • Prepping for MFA programs as a person of color • On the wide reach of cult logic • Why War and Peace may be the antidote to our continuous state of emergency • Jane Alison on Tobias Wolff and Raymond Carver • What Oliver Sacks’ obsession with weightlifting can tell us about his writing • Simon Critchley on how we collude in our calamity • Rachel Cline on unearthing a #MeToo story while revising her novel • A reading list of fiction about fact: Michael Cunningham, George Saunders, and other “literary grave robbers” • Myla Goldberg’s list of books to help you think like a visual artist • Germaine Greer and the cusp of the feminist revolution: on the early days of the women’s liberation movement • Jay Parini on the wild visionary at the heart of Christianity

These five books just won Pulitzer Prizes! •  A look back at every Pulitzer Prize for Nonfiction winner of the 21st Century • This week in Shhh….Secrets of the Librarians: Lydia Sigwarth on girl sleuths, evil librarians, and finding home in a children’s library • “If you appreciate and understand the importance of strong literary criticism and voices in a noisy world, please join us”: a letter from the President of the National Book Critics Circle • Rachel Cline recommends five books in which the past is a foreign country, from Charlotte Brontë’s Vilette to Shirley Hazzard’s The Bay of Noon • This week in Secrets of the Book Critics: Hermione Hoby on Infinite Jest, Patricia Lockwood, and hating Jane Austen • Ian McEwan’s retro-futurism, Sally Rooney’s intellectual romance, Laila Lalami’s timely immigrant saga, and more of the Book  Reviews You Need to Read This Week • Susan Choi’s Trust Exercise: confusing bait-and switch OR a book to make the taut strings in your chest zing? • Sally Rooney, Älexander McCall Smith, the Adams family, and more all feature among the Best Reviewed Books of the Week

Angie Kim on how to write gripping courtroom scenes • April’s best debut crime and mystery books • Crime fiction’s colorful history of being freaked out by weed • Alisa Smith on WWII spymaster Vera Atkins and her remarkable network of women spies • Alexander McCall Smith talks Scandinavian crime fiction, philosophy, and inspiration • Nathan Ward on “Crimeways,” the greatest crime magazine that never was • Gary Phillips measures the fictions of the drug war against its realities • Mariah Fredericks on the crimes of the Gilded Age • Heather Gudenkauf on creative thinking and complex psychology in crime fiction • Alafair Burke chooses 6 books that mine the tension between family dynamics and the legal system 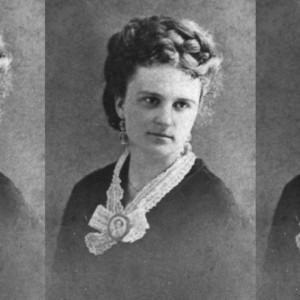 “The best of these provide more than a temporary shift, forever altering the way we see the world.” Myla Goldberg’s...
© LitHub
Back to top