"Expose the fetus to a good balance of manly influences while in utero."

Via Little, Brown and Company
By Therese Oneill

Today, in many preschools, there exists a discipline tool called the Peace Corner. This is where children are directed when disagreements arise. For example, two boys at odds over whose turn it is to use the class loom to continue weaving ethically sheared alpaca fibers into endearingly lopsided potholders to be donated to the less fortunate would go to the Peace Corner to settle the score. There, they would take turns holding the “talking stick” or the “rose of peace” or the “tape dispenser of empathy” and give voice to their woes. Eventually compromise is reached (“Skyler will use the loom until five songs on the ‘Fife and Rainforest Howling for Toddlers’ classroom playlist have played, and then it can be Maddox’s turn!”) and everyone is a winner.

Have mercy upon your poor little eunuch. However noble your intentions, this is no way to bring up a boy.

What a peculiar era to raise a son in today. We equate the masculine boy with the bully, the swaggering buffoon incapable of empathy or respect for anyone different than himself. So we fill our son’s toy box with gender-neutral wooden toys and we make sure that whichever superhero he’s chosen to focus his life on has a fleshed-out backstory to explain his violent tendencies. (Deadpool has been through a lot, guys.)

We raise our boy to be civilized, open-minded, and inclusive. To know that the thoughtful and sensitive man is always superior to the one who communicates with his testosterone as an amplifier. When his growing body is flooded with hormones and muscle spurts that make him want to be loud, brutish, and oversexual, we shove him back toward childhood and exorcise his violent inclinations with cartoons, Funko Pop collectibles, comics, and video games. If he still feels restless, we are the first subscribers to his video-blog, where he recites his poetry, all written deliberately without punctuation. 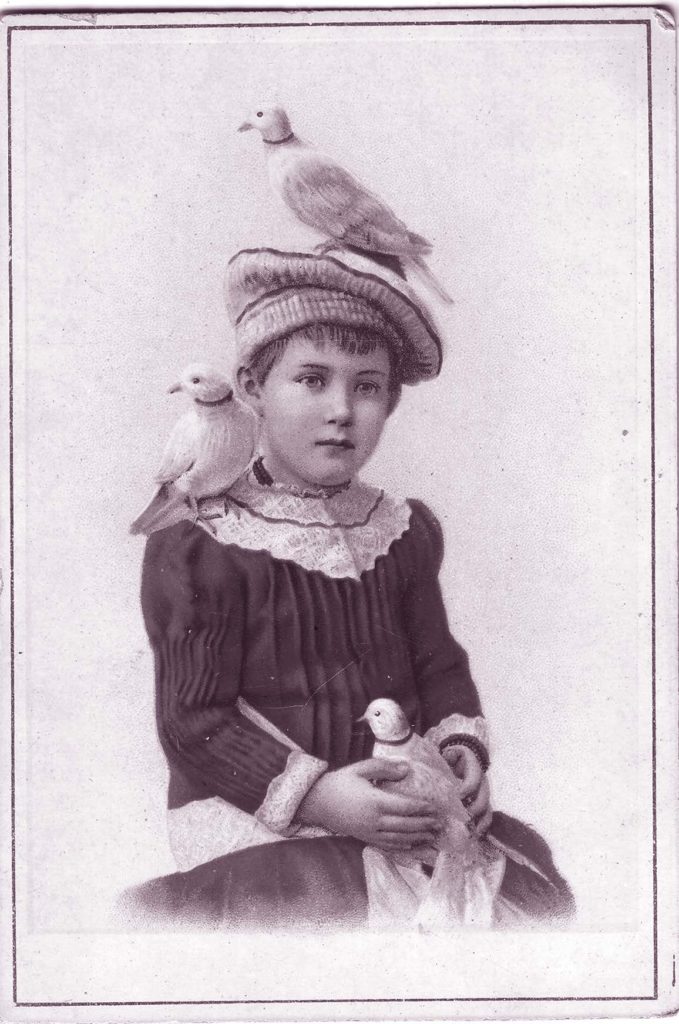 Lucius tells himself that the birds are more afraid of him than he is of them… but they’re not.

We’ve considerably changed our vision of what used to be considered “the ideal boy.”

Ascott Robert Hope Moncrieff, a lifelong schoolmaster of boys, described the best sort of Victorian boy in his 1886 A Book About Boys.

I like the happy, healthy, unsophisticated boy, who is a boy, and not a young gentleman; active, restless, generous, brave, truthful, simple, and pure-minded, who thinks it half a pleasure to bear pain without crying, climbs trees, tears his trousers, has frequent tumbles, bumps, and bruises, and comes home now and then splashed over with mud.

Do you miss the idea of the scrappy little boy, covered in mud and mischief? The strong teen boy, navigating even the most awkward years with confidence and chivalry? You should. Just because society has changed doesn’t mean a boy’s biology has. It’s your job, Mother, to funnel that healthy animalistic nature into something noble. Herald the return of the Masculine Boy. 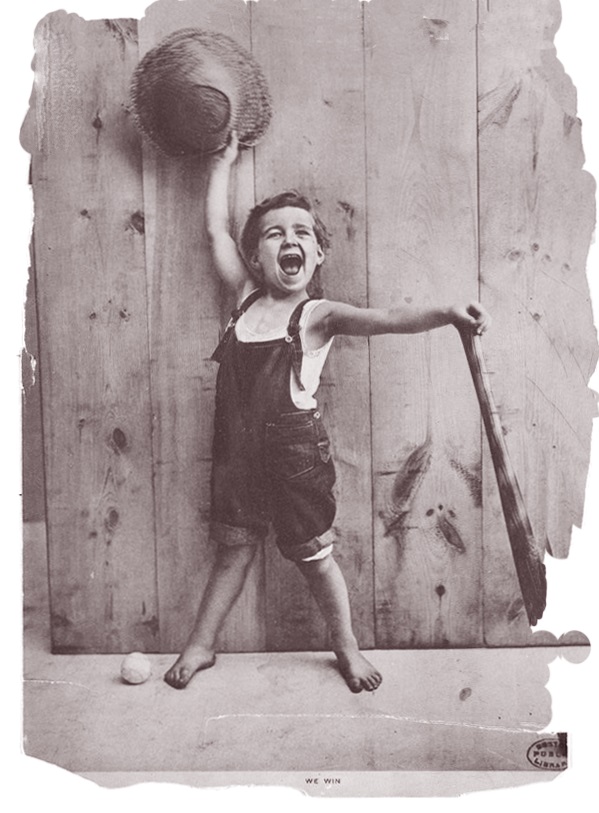 Q: I take issue with your narrow definition of masculinity, your insistence upon it, and your degradation of bringing up a son gently.

A: I know. And I, in turn, am shocked at your veneration of methods that encourage weakness and punish natural biological impulses. Now, we’ve ticked those boxes. Shall we continue? Do you want to know how Victorians set about creating a boy of honor, strength, and vitality?

Q: Yes, but it’s morbid curiosity at this point.

A: Good enough! First, of course, is to take the prenatal measures we’ve already discussed. Expose the fetus to a good balance of manly influences while in utero—fine cigar smoke, nourishing well-aged whiskey, and the witnessing of blood shed in an honorable and valiant manner, as Napoleon’s mother did—all excellent ways to prepare your little man. But remember, he is to be your little man. After the first year of his life, he is no longer your baby doll.

Moncrieff has dealt with those boys. And they squick him out: “I don’t think much of your gentlemanly, neat boys, and I abominate your pretty, effeminate boys, and I have not so much faith as some people in even your good, clever boys, who are always at the head of their classes, and never do anything naughty, except when it is not found out.”

The earliest thing you can do for the health of your son, once he no longer depends upon your robust Guinness-infused milk, is back off, Mama. Moncrieff described the very worst of the boys he was inclined to headmaster during his career.

Mammas’ Darlings.—A large and increasing class… their degradation is often caused by circumstances over which neither they, nor the wisest of writers and teachers, have any control, viz., fond and foolish mothers, who will make them wear comforters and galoshes, and keep them in the house when it is cold, and encourage them to cry when they are hurt. 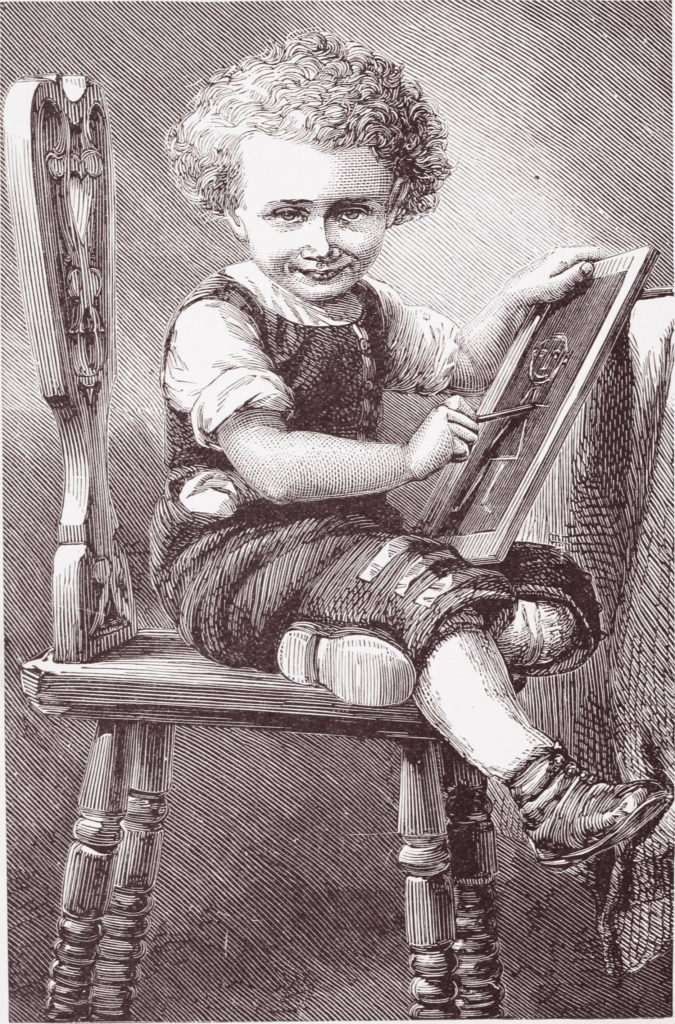 The only freedom from suffering is the strength to go through it. Comfort your boy at every turn, remove the edges from his life, and watch him spend the rest of his days getting bruised by whatever touches him.

Q: But I love my boys. Surely a little coddling won’t hurt?

A: Won’t hurt? See, this is why it took so long for women to get the vote. We too often make the mistake of thinking with our squishy mother-hearts and not our heads. Won’t hurt? Well, let’s consult Mr. John Stevens Cabot Abbott, who published The Mother at Home, or The Principles of Maternal Duty, Familiarly Illustrated. Cabot Abbott was only in his mid-twenties when he wrote his treatise of “maternal duties,” but don’t think his youth, his lack of study, or his not being a mother in any way lessened his ability to correct bad mothering. Because he still had eyes. And was therefore qualified to tell you and every other mother smart enough to listen how you were failing at your only purpose on this earth. Here he tells the story of a woman who spoiled her only son with indulgences and affection.

At the death of his father, the poor woman was left at the mercy of this vile boy. One day, infuriated with his mother, he set fire to her house, and it was burned to the ground, with all its contents, and she was left in the extremest state of poverty. He was imprisoned, and, in his cell, he became a maniac, and dug out his own eyes. He now lies in perpetual darkness, confined by the stone walls, and grated bars of his dungeon, an infuriated madman.

Gouged out his own eyes after burning his mother’s house down. All because Mother couldn’t withhold that extra slice of cake, couldn’t stand firm on bedtime. How’s that for “not hurting”?

A: Of course, being an overaffectionate mother doesn’t always end with fire and blood and blindness. But it does end badly. If coddling sons doesn’t make them violent madmen, it most certainly weakens them. In fact, a boyish insult, used by the full-grown man Pye Henry Chavasse in his 1872 book on “the mental culture and training of a child,” stems from that very word: the “mollycoddle,” or as Chavasse put it:

Mollet-coddle. –A child should be encouraged to be manly and not be made a mollet-coddle. Some boys are brought up more like girls than boys—being tied to their mother’s apron-strings: such boys are deeply to be pitied, and are quite unfitted for the rough world they will have to struggle in. 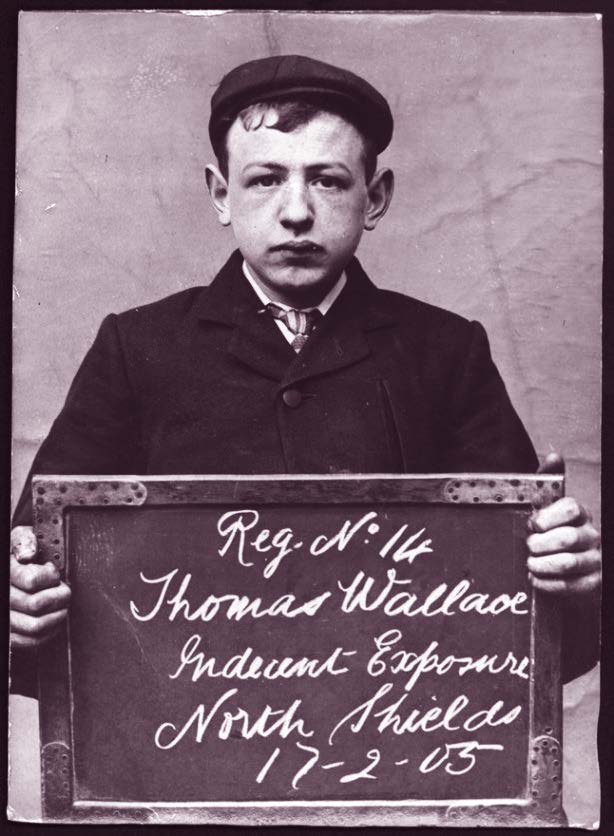 The coddled boy: Thomas Wallace was only eighteen in this mugshot. Though he’d been caught exposing himself to girls on three separate occasions, his delusional mother testified that he was “a kind, hard-working, well disposed lad.”

Chavasse has another good name for weak feminine boys, since classics like sissy, wuss, pantywaist, and wimp weren’t in vogue yet. He has quite a few, as only a boy named Pye would have to stockpile. This one is Shakespearean!

Milk Sop. –A child who is brought up a milksop is not well fitted for this rough world of ours…he should be brought up rather hardily, than otherwise; he should be made to rough it; to live on plain, simple fare; and to be more than half his time in the open air.

That’s right. A hardy boy should feel the cold on his shoes, the growl for porridge in his lean belly, and the wind whipping right up his tiny pretty dress.

Q: I wish you’d pick an insanely bigoted perspective and stick with it. Dresses? I put my boy in dresses? And it won’t damage his little man-psyche?

A: You mean like it damaged these poor children? Oh wait, I’m sorry. I meant to display pictures of transvestite serial killers here but I somehow mixed them up with the ones of boys who grew up to alter the course of history through their strength and intelligence.

The little-boys-wearing-dresses thing… It wasn’t really a dress. It was “this small human poops himself daily, changes clothing size monthly, and the soft cotton stretchneck snap-crotch onesie with his mom’s favorite 1980s punk band emblazoned on the front doesn’t exist yet” garment. (Thankfully, neither did the ones that say “Bad Mother-Sucker” or “Made in Vachina.”)

Smocks are easy to sew, easy to flip up for a diaper change, and allow room to grow. A toddler’s bathroom and table habits, as well as their tendency to fall a lot, account for the predominance of white in baby and toddler smocks. They were filthy little creatures, bless them. Bleaching made white easiest to clean. But for fancier occasions, a boy needed a more impressive frock. 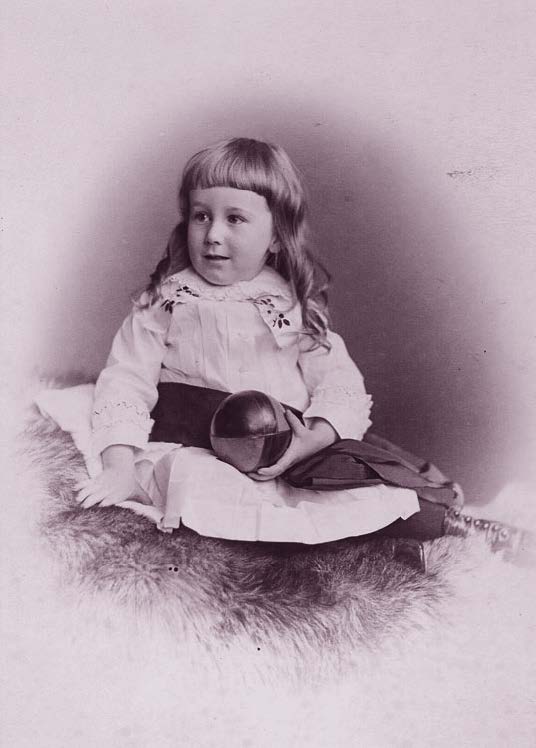 “Franklin D. Roosevelt, 1885. If polio and Hitler weren’t going to stop him from being the president to hold the longest term in office, that dress and haircut sure weren’t gonna either.”

In an 1895 edition of the parenting periodical Babyhood; The Mother’s Nursery Guide, mothers wrote letters to the editor in answer to the question of what a baby boy should wear. A mother from Hackensack, New Jersey, described the masculine touches that made her toddler’s ensemble fit for a boy:

This little boy is sturdy and well grown for two years of age, and wears little dresses made of pique [heavy weave cotton] and other washable materials of heavy weight. The dresses are all in one piece, buttoned in the back. The waist part is perfectly plain, with a neat turndown collar, and the sleeves are full and gathered into a plain turned-over cuff. The skirt part is pleated and sewed to the waist, and where the two parts join, the little boy wears a belt, either of russet leather or of the dress material stiffened.…There is no trimming of any kind; the dresses are easily washed, and their small wearer, in spite of baby chubbiness, looks what he is—a boy.

Other mothers made minor variations, replacing white pique with flannel in colder weather or using the term “kilt” instead of skirt, and, yes, there were a few who couldn’t help embroidering flowers and using pearly buttons on their boy’s pretty dresses. But most mothers agreed that a simple design was best, made of sturdy cloth that was easy to remove and wash, with tidy lines and belts to cinch the most adjustable garment in history. 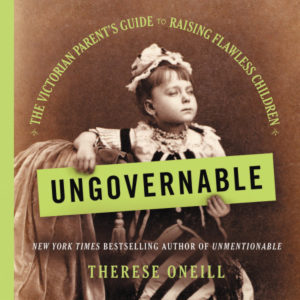 Therese Oneill is the New York Times bestselling author of Unmentionable: The Victorian Lady’s Guide to Sex, Marriage and Manners. She can be found online at http://www.writerthereseoneill.com. 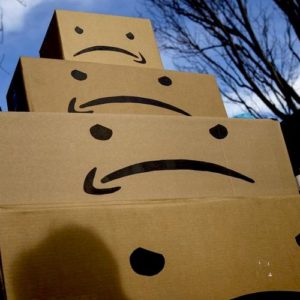 Heike Geissler's Grim Account of
the Amazon Workplace Midway through Seasonal Associate, Heike Geissler describes a day off from the Amazon warehouse. It is spent at the Leipzig...
© LitHub
Back to top
Loading Comments...