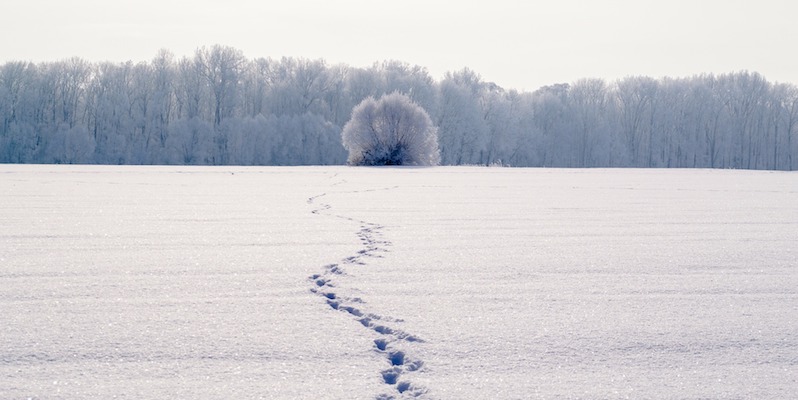 Natalie Adler on the Beauty of the Little Things

You may have already forgotten, but a couple of months back, we were thrown into a so-called “state of emergency.”

After the president declared a national emergency in order to build his wall and further militarize the border between the US and Mexico, some pointed out that he picked the wrong emergency. Congresswoman Ilhan Omar tweeted that the real national emergency was “the existential threat to all life on the planet posed by Climate Change.”

What constitutes an emergency, in other words, is the force that proves borders to be a farce. We have been living in a state of emergency for years, catastrophe emerging in the wake of the last catastrophe, disaster by sky following disaster by sea.

As we face the reality of climate change, it has disoriented our perception of space and time, specifically how we use the natural world to understand how time alters anything in its path. The ways we have long learned to mark time—the change of the seasons, the arrival and hibernation of flora and fauna—are falling out of sync. To move at a glacial pace may soon no longer serve as an expression for slow. What is so hard to process about climate change is that it is not some possible future event that will “happen,” but our ongoing present.

A recommendation for the disoriented: spend a day in a dark theater with Sergei Bondarchuk’s 1968 opus adaptation of Leo Tolstoy’s War and Peace, which is newly restored and in limited release around the country. Waiting for spring is obviously a perfect time for long Russian novels and binge watching costume dramas, but what makes War and Peace so perfect is that it offers a different way of experiencing time than we do today, incessantly scrolling through a nightmare news cycle without a moment to process the effects of nonstop atrocity.

In War and Peace, news emerges like gossip bubbling from the mouths of partygoers, or with the urgency of a letter that carries information that may already be out of date. Clocking in just over four hundred minutes, the four-part film is the right balm for our hyper-accelerated times.

What makes War and Peace so perfect is that it offers a different way of experiencing time than we do today.

The opening shot is a turquoise dot, a planet being born. The image gives way to a river mouth, layered with an overhead shot of birch trees, then a field of grain, then zooms out to a whole bucolic landscape. Birdsong gives way to bullets before the voiceover kicks in: “My idea, in its entirety, is that if vile people unite and constitute a force, then decent people are obligated to do likewise.” Where Napoleon was once the existential threat to life in Europe, we now have a new cadre of vile people, determined not only to own the world, but to leave it uninhabitable when they are through consuming it.

But time in War and Peace is unrushed, like an apple falling from the tree at a perfect moment of ripeness, coaxed by gravity. A young woman, bored, wanders through her empty palace, dreaming of an island she’s never seen, murmuring to herself, “Ma – da – gas – car.” An old prince goes for a stroll in the forest where a string quartet just happens to be playing between the trees. An artillerist gets his arm blown off while he’s laughing at the gentleman in the top hat who came to watch the battle. Grand events happen, but we are able to see how they unfold, and how difficult it is to attribute causality to one particular actor.

Some of the most arresting scenes in the film are the ones that capture the changes the characters pass through that are imperceptible on the outside but profound on the inside. In the first part of the film, one of the three central characters, Prince Andrei, is struck during battle and gazes up at the sky:

“‘Yes! everything is empty, everything is a deception, except this infinite sky. There is nothing, nothing except that. But there is not even that, there is nothing except silence, tranquility. And thank God…’” He had been ready for a glorious death, but when his moment seems to arrive, he sees that the battle swirling around him is for nothing, and his aspirations, vanity. In the middle of great tumult, he finds a moment of peace only when he recognizes that the state of emergency engineered by men like Napoleon is a farce compared to the enduring grandeur of the sky. “Voila une belle mort,” Napoleon remarks, gazing down at Prince Andrei after the battle. But from our perspective, he is diminutive next to Andrei’s fallen figure, parallel with the great grey sky, the sun finally breaking through.

Full disclosure: I’ve read War and Peace more than once, I’ve seen it in theaters twice, I even have it on a DVD of questionable provenance. When I taught the novel to some very dedicated college students seven years ago, I held class outside and asked them to lie back and look at the sky (the perfect activity for the week before spring break). Time passes; our relationship with favorite texts evolves. Looking at Andrei’s sky in 2019, I did not swoon as I did when I was younger, but not because I am any less moved by beauty. I felt a longing for something I have not yet lost, triggered by a vision from a past I never lived. Climate change alters our sense of time because it reminds us that our present is eroding at our very touch. I wanted to stay longer with Andrei’s sky than four hundred minutes could allow.

The film helps us slow down and reflect, combatting the constant demand for attention of our relentless emergency.

Today, when we receive news from the front, our front is the sky, the coastline, the atmosphere. We ask one another: did you hear about the insect apocalypse? Did you hear about the disappearing clouds? When I read that one of climate change’s surprises involved the loss of cloud cover, I thought of Andrei’s sky, apathetic to the life below it. The film’s title credits are shot from the sky, clouds obscuring the sight of Russian fields that seem to go on forever, borderless.

After surviving both his wounds and outliving his wife, who died in childbirth, Andrei is hollow, emptied of desire for a future. He goes to visit an estate and distractedly observes the birch trees in bloom, the wild cherry, the alder, but is pleased to see the stalwart oak resisting the spring, weary of the same old changes year after year. “There is no spring, no sun, no happiness,” he commiserates with the oak tree. Of course, all it takes to awaken him is one girl, Natasha, struck sleepless by the moonlight, and her song. The next time he sees the oak, it is green, and he desperately wants to live, to believe in a future where we live together harmoniously.

When the film was in re-release in 2008, I saw it introduced at Film Forum by Richard Pevear, one of the novel’s English translators. He said the film portrayed “happening as it happens,” a kind of temporality that unfolds in an unbroken series of moments. But, as a more contemporary voice once prophesied, “everything happens so much.” The experience of watching the film helps us slow down and reflect, combatting the constant demand for attention of our relentless emergency. When I finally left the theater, I tried to hold images from the film in the midair of my mind, like Natasha did when she spied a secret kiss in a greenhouse so verdant you breathed deeper just looking at it. If only the film were truly an escape, and not a reminder of what we’ve lost as the world spins faster and hotter: time to process under an unbroken sky.

Natalie Adler writes about literature, queer feminism, and leftist politics. She has a PhD in Comparative Literature and is working on a novel. 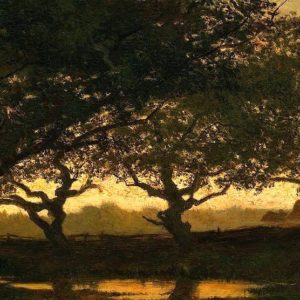 As I near the end of my eighties, I am aware of being in the elegy season. The majority of my close friends from my own generation...
© LitHub
Back to top