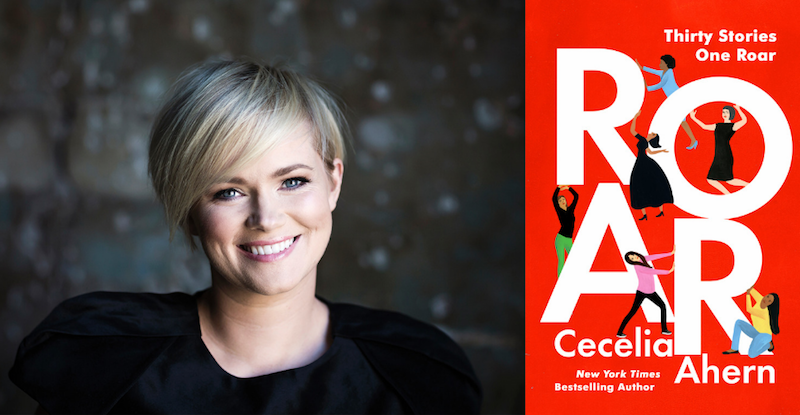 The Author of ROAR on Finding Creativity in Structure

Who do you most wish would read your book?

I think the people I would most like to read ROAR are the people who think they know who I am and what I write. PS I Love You was a phenomenal success that I’m immensely proud of, but I wrote it 15 years ago, when I was 21 years old. I’ve written 15 novels since, which explore many different themes, characters and relationships and I think ROAR is the book that is reintroducing my writing to readers who wouldn’t ordinarily read my work, and surprising them in a good way, which is wonderful.

What time of day do you write?
I’ve a very structured and disciplined writing routine where I begin a novel in January, I write four days a week from 9 to 6, my book is due May 31st, I edit during the summer, and I publish in the fall. As I write a novel a year this has been my discipline and though it may sound restrictive and non-creative, it feels the exact opposite. I feel very free, and focused, during the hours I have to create. I write longhand, and then when 6pm rings, I’m ready to leave the adventure in my head and face life.

How do you tackle writers block?
I’ve realized that writer’s block hits me when I don’t know how to reach a point that I can envisage in the future of the book. I just don’t know how to get there. My cure—and I touch wood as I write this—has been to stop trying to fill the gap, and get straight to writing the bit that I know. The story never intended to have a bridge to get there, what it means is that something extra has to happen on the other side. You have to leave room for the story to grow unexpectedly.

Which book(s) do you return to again and again?
My most read book is The Diary of Anne Frank. I read it as a teenager, at a similar age to Anne Frank. I too kept diaries and wanted to understand my muddled head and wandering thoughts, but I always felt haunted by the differences in our lives. I return to Rupi Kaur’s The Sun and Her Flowers, and Milk and Honey because her words speak to my soul.

What’s the best writing advice you’ve ever received?
The advice wasn’t to me personally, but I recall hearing Jay-Z say, something along the lines of, don’t give people what they want, give them what they’re not expecting. It’s what I’ve always believed and it’s powerful to have your philosophy endorsed. I never want to deliver a novel that I think people are expecting, I love the challenge of creating something unique and surprising. It’s so important to write with freedom.

What was the first book you fell in love with?
I’m not sure if it was love, but it was a kind of infatuation. The Celestine Prophecy by James Redfield came into my life at a time when I needed it. As a kind of spiritual fiction, it opened my mind to a different way of thinking and seeing the world, which has had a lasting impact on me.

Is there a book you wish you had written?
I adore The Time Traveller’s Wife by Audrey Niffenegger. It’s such a cleverly written, beautifully dark twisted unconventional love story that has so many levels and layers. I’d quite like to have created that myself.

Cecelia Ahern is the author of the international bestsellers PS, I Love You; Love, Rosie; If You Could See Me Now; There’s No Place Like Here; and The Gift. Her novels have been translated into thirty-five languages and have sold more than twenty-five million copies in over fifty countries. Two of her books have been adapted as major films and she has created several TV series in the US and Germany. She lives in Dublin with her family.

Lauren Wilkinson on Writing
the Family Life of a Spy 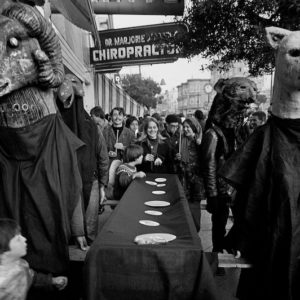 I’ve always been wary of historical fiction. I fear its motives, fear it will be arid and academic: a display of the author’s...
© LitHub
Back to top