Where Suspicion Meets Reality: How Conspiracy Enters the American Mainstream

In the 1940s and 50s, more than 100 young boys at the Fernald School in Waltham, Mass., were invited to participate in what they were told was a special “science club.” Fernald School was a residential institution, originally known as the Massachusetts School for the Feeble-Minded. By 1949, the children living there were just as often wards of the state, had physical differences or else had been inaccurately classified as intellectually disabled. Those children, all vulnerable in their own way, were given shiny incentives to join the science club: trips to the beach, extra milk at dinner, group outings to baseball games.

“They enjoy it greatly,” wrote the school’s clinical director and superintendent in soothing letters to parents and guardians. The only thing the adults needed to consent to, the letter added, was to allow the boys to eat a special diet rich in vitamins, and to submit to an occasional blood test. The boys drank their milk, ate their special oatmeal, and quietly allowed their blood to be drawn, the clinical director standing watchfully by.

The truth wasn’t revealed until 1993, when a librarian at Fernald discovered an old ledger book, which contained the alarming outlines of a partnership between Quaker Oats and the Massachusetts Institute of Technology. The two organizations were testing how quickly nutrients moved through the body—by feeding the boys irradiated milk and oatmeal.

The librarian’s discovery sparked a series of stories in the Boston Globe, a congressional inquiry and worldwide media attention and outrage. In 1998, Quaker Oats and MIT settled a class action lawsuit from the survivors of the experiment for $1.85 million—and maintained, pointing to a 1994 study, that none of the boys had suffered lasting harm.

It wasn’t quite that simple, of course, and the effects were both complex and long-lasting. The Fernald School experiments were another wound, another open and infected place on the American body politic where conspiracism can get in.

Conspiracy theories have always been common in American life, and right now, a dizzying cyclone of influences—a president obsessed with fake news and the “deep state,” a disempowered American left torn apart with years of arguments about whether Russia put him in office, the continued growth and creation of new internet-backed conspiracy theories like Pizzagate and QAnon—is helping a fresh wave of conspiracy obsession engulf America. As a country, we’re prone to conspiracy theories. Right now, we can’t stop discussing their presence and ill effects and how many of them just might be true.

Yet, all too often, the roots of what makes conspiracy theories so strong and durable in American life are forgotten, the overgrown and unruly places in the garden that allow the weeds to thrive. In order to understand conspiracism’s roots in the United States, it’s useful to look back, to remember incidents like the Fernald School experiments, the FBI’s harassment of civil rights groups, and even bizarre government experiments like MKUltra and the Stargate Project (respectively: a broad CIA program looking at the possibilities of mind control, and a secret military program investigating whether psychic abilities could be used in warfare).

To understand conspiracy theories in America, in other words, we have to read about the plots both real and imagined, to understand the places where suspicion meets reality, as well as the dark ways those two things twist around each other. Here are a few of the many excellent books that help us do that: 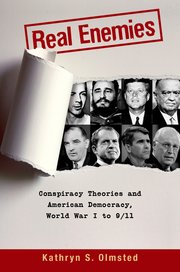 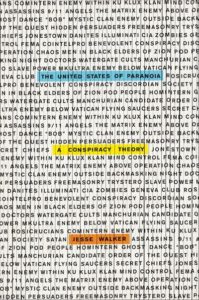 Walker tackles the deepest and oldest conspiratorial roots of America—the Puritans fretting about Satan’s minions gathering around them, as well as hordes of Native people they believed might well be controlled by a gigantic Superchief—as well as modern conspiracy theories. It’s a sprawling project that he makes light work of, and it’s enjoyably weird too, with detours into things like the strange and nearly forgotten story of Mike Warnke, a speaker on the Christian evangelical circuit who claimed to be a reformed member of a secret, vast Luciferian organization that, in turn, answered to the Illuminati. Warnke commanded adoring audiences before—perhaps not surprisingly—suffering a very public debunking and downfall. 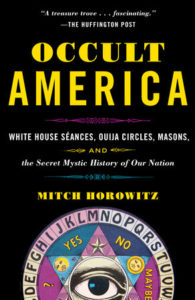 Horowitz, an expert on esoteric belief systems and the ways they wend through American history, delves into the “secret mystic history of our nation,” as his subheading puts it. While it’s not a book about true conspiracy theories, it’s extraordinarily helpful for understanding them, by looking at the routes through which alternative or “fringe” ideas can reach the mainstream. Even better, he encourages us to consider that phenomenon from a sympathetic and humane perspective, rather than a sneering one. And that’s a good thing, too, because what we might consider fringe has had a large footprint in America for a very long time, from the homespun revivalist mysticism that grew out of the Burned Over District in the mid-1800s to the New Age movement that was born in the 1970s and is now a firmly established part of the culture. 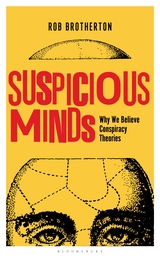 Brotherton is an academic psychologist and science writer, but one with a deep, evident, and abiding delight in alternative beliefs and weird events, which makes Suspicious Minds both an illuminating and satisfying read. The book weaves together conspiracy highlights from both the U.S. and the UK with the psychological concepts that help explain why we’re so drawn to conspiracy theories themselves. He’s someone who can colorfully untangle concepts like projection and proportionality bias (the assumption that major events have equally major causes), without the book ever feeling even slightly dry. 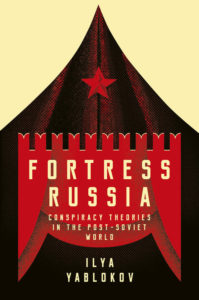 When skilfully deployed by the powerful, conspiracy theories can be politically valuable. In the hands of a canny leader, they unite the public against a common enemy, they distract from internal unrest or corruption, and they create a justification for the leader to remain in power and take more and more control. Donald Trump is not that kind of leader, and his deployment of conspiracy theories—birtherism, ghoulishly accusing his opponents of inflating the number of deaths during Hurricane Maria—has been truly hamfisted. For an understanding of how conspiracy theorizing works successfully in the hands of someone in his position, read Yablokov’s gripping book. Among other things, the book adeptly charts the rise of Putin and his intersection with American leaders, and his repeated deployment of anti-Western conspiracy theories. For anyone hoping to understand global politics, the particular mess Americans find ourselves in, or the particular accusations levied by both Russian and American leaders against each other, it’s an invaluable read.

Anna Merlan is a senior reporter at G/O Media and the author of the 2019 book Republic of Lies: American Conspiracy Theorists and Their Surprising Rise To Power. 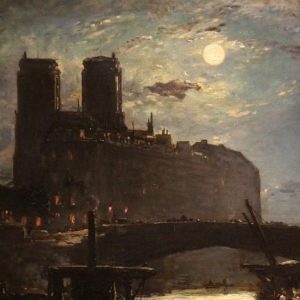 We were just putting the baby to bed when we realized there were more sirens than usual screaming past our windows on the Boulevard...
© LitHub
Back to top
Loading Comments...